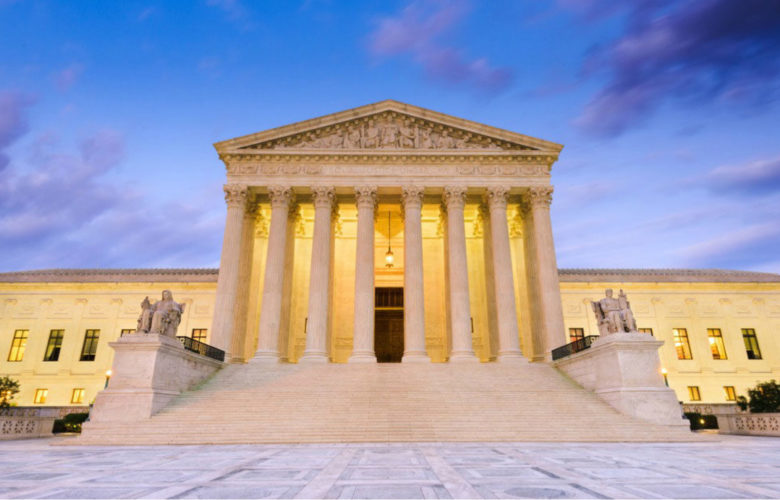 The fundamental principles of our constitution are that government power must be divided up, rather than concentrated, and those who exercise it must be accountable to the people. That’s why the founding fathers divided power between the federal and state governments and further distributed federal power among three independent branches. They saw all too clearly that the concentration of too much power in too few hands is the greatest threat to individual liberty.

We’ve strayed a long way from that ideal. Today, countless federal agencies have consolidated legislative, executive, and judicial powers and are not accountable to the people. Bureaucrats, and not our elected representatives in Congress, make most of the laws that govern us. They have a free hand to enforce the laws they write and can even change those laws through creative interpretation. And they largely do this outside of the courts, relying instead on administrative law judges that agencies themselves select.

The writers of the Constitution would have thought this development impossible. They assumed each branch of government would jealously guard its power from encroachment by any other branch. Instead, Congress and the courts have willingly ceded their responsibilities to federal agencies.

The chief culprit undermining the Constitution’s separation of powers is Chevron deference, a doctrine invented by the courts to avoid scrutinizing agency decisions. According to it, courts must defer to an agency’s interpretation of a statute unless the court finds it patently unreasonable (which they are not wont to do). When Chevron deference applies, agencies win nearly 80% of cases, compared to 38% when courts don’t put a thumb on the scale in the government’s favor.

Chevron deference is doubly harmful: it discourages courts from properly scrutinizing agency actions and makes it harder for Congress to limit their power in the first place. If the meaning of a statute is principally determined by the bureaucrat rather than a neutral judge, it’s a pretty safe bet that she’ll maximize her power and minimize restraints regardless of what Congress actually wanted.

This week, PLF filed a petition in the Supreme Court urging it to push back against the latest expansion of this dangerous deference doctrine. According to the Ninth Circuit, courts should defer whenever an agency claims some power unless Congress has expressly forbidden it. In other words, agencies are no longer limited to the power Congress chooses to give them but can freely assert any power not expressly negated in a statute.

California Sea Urchin Commission v. U.S. Fish and Wildlife Service concerns the establishment of an otter population in Southern California. In the 1980s, the U.S. Fish and Wildlife Service feared that the species’ limited range made it vulnerable to extinction from a single catastrophe, like an oil spill. So it asked Congress for permission to create a new population to protect against this risk. Concerned about impacts to the surrounding fishery and the fishermen who depend on it, Congress granted the authority but imposed several mandatory strings to minimize those impacts. For example, it forbade the agency from criminally prosecuting anyone who accidentally got too near an otter in the fishery, a key protection allowing fishermen to continue their work.

Although the new population initially struggled, today, it is healthy and growing. The U.S. Geological Survey, which is responsible for monitoring the otter’s status, credits the Southern California population’s impressive growth rate with pushing the species over its recovery goal for the first time.

‘The sea otters at San Nicolas Island continue to thrive, and some may eventually emigrate to and colonize other Channel Islands in southern California[.]” – USGS biologist Brian Hatfield.

Even as one federal agency celebrates this population’s role in recovering the species, the U.S. Fish and Wildlife Service recently declared it a failure to justify ignoring the strings Congress imposed on the population’s creation. According to the agency, it can have it’s cake and eat it too: a healthy and growing otter population has been established in Southern California but none of the conditions that Congress imposed on its creation apply any longer. So much for the compromise struck by Congress!

The Ninth Circuit upheld this patently unfair result, even as it conceded that nothing in the statute could be read to authorize the Service to ignore the mandatory requirements Congress imposed. According to the Ninth Circuit, the statute “does not speak to the issue of termination at all.” Because “the statute is silent,” the Ninth Circuit concluded, it must defer to the agency on whether it has this power.

This reasoning turns administrative law on its head. If administrative agencies can constitutionally exercise any government power, they must derive it from an express grant from Congress. They can’t seize it based on Congress’ mere failure to anticipate the agency’s actions and preemptively object. Every other court to consider the question has correctly held that agency power must have some basis in a statute; if a statute is silent, that means Congress has not given the agency power.

The Supreme Court should use this case to begin the work of limiting the damage of Chevron deference. This case demonstrates how difficult it would be for Congress to limit agency power under the Ninth Circuit’s theory. In allowing the Service to establish the otter population, Congress was clear about the conditions imposed. According to the statute, the Service “must” issue a regulation that “shall include” the mandatory fishery protections and, for good measure, the Service “shall implement” those protections. If that’s not enough to foreclose the agency’s power, it’s hard to see how Congress could effectively hem the agency in.

Too much power has been concentrated in federal agencies for too long. It’s time for the Supreme Court to enforce the Constitution and give power back to Congress where it belongs.