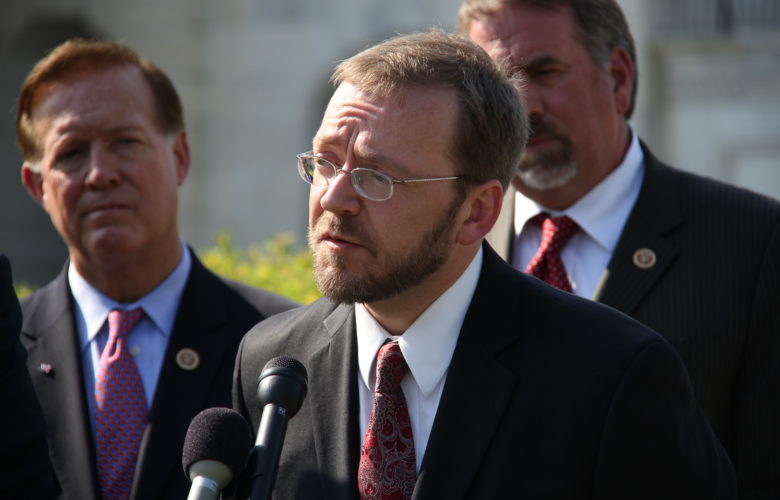 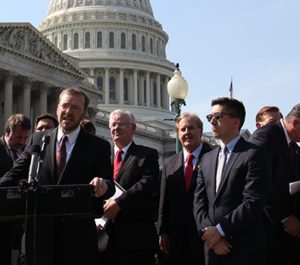 The D.C. Circuit court of appeals heard oral argument on May 9 in Sissel v. U.S. Department of Health and Human Services, our Origination Clause challenge to the individual mandate tax contained in the so-called Affordable Care Act.  The questioning from the panel of three judges was vigorous and we expect that whatever the result, the case will be headed to the Supreme Court.  You can listen the argument here.

If a meteorite or UFO strikes a store in New Mexico and kills a shopper, will the store be sued for failing to provide protection against meteorites or UFOs?  If so, will a court toss the case before it gets to a jury?

The New Mexico Supreme Court handed down a serious blow to proponents of the idea that courts should be gatekeepers tasked with keeping bad tort cases out of court.  In Rodriguez v. Del Sol Shopping Center, a medically impaired woman, forbidden by her doctor from driving, lost control of her car in a shopping center parking lot causing her to jump a curb, cross a sidewalk, take out a railing, and eventually careen into a storefront, killing three and injuring six others.

The victims sued the shopping center and lost at the Court of Appeals, where the court ruled that the lack of foreseeability of this kind of freak  accident meant that the center owners didn’t have a duty to protect patrons from such an unlikely occurrence.  The New Mexico Supreme Court not only did not agree, but it tossed out any consideration of foreseeability by judges in determining whether a case should be dismissed.  As our blog on this case points out, by abandoning the judge’s role as a gatekeeper to opportunistic and ill-founded suits, the opportunity for lawsuit abuse has been dramatically increased in New Mexico:  “All property owners and businesses in the state should be on notice that any accident, no matter how bizarre or unlikely, that occurs on their premises will almost certainly go to a jury – or settle.”  (We had filed this amicus brief in an attempt to stop this from happening.)

Free Speech and Promises to be Better

We filed this amicus brief in Rosebrock v. Mathis, an interesting free speech case that is even more interesting about what it could say about government promises to stop behaving badly.  Rosebrock has been a regular protester in front of the Veterans Administration complex in Los Angeles.  Apparently, he believes the V.A. lawn should be used to help homeless veterans.  To express his feelings he has attached the American Flag to the fence, sometimes right-side-up, sometimes upside-down, depending on the state of his displeasure with the V.A.   For quite some time, the V.A. police would cite him for attaching the flag to the fence (the regulations prohibit affixing things to the fence.) But, and here’s the rub, it cited him only when he displayed the flag upside-down, but not when it was right-side-up.  That was effectively punishing him not for the infraction of placing the flag on the fence, but for the content of his message.  Such content-based punishment is strictly prohibited by the First Amendment because the government cannot punish people based on what they are saying.  After a suit was filed, a mid-level V.A. administrator realized what was up, and he sent an email to the V.A. police, telling them to enforce the regulations uniformly across the board.  As a result, the Ninth Circuit upheld the trial court’s refusal to grant an injunction and the dismissal of the lawsuit. The Court said there is a “presumption” that the government acts in “good faith.” But wait a minute; we’ve seen plenty of cases, often in the context of land use disputes, where the government will stop its bad behavior when sued, only to revert to its old ways when the judicial spotlight is removed.  We filed an amicus brief in this case, arguing that a promise to cease bad behavior is not enough to stop an injunction, and that the government should not be given the benefit of the doubt and let off the hook when it has been caught violating the Constitution.

In response to our lawsuit in Bonner County v. United States Fish & Wildlife Service, the government has proposed downlisting the a subpopulation of Caribou in Idaho from Endangered to Threatened.  As our blog points out, that’s a good first step, but because the listing is illegal in the first place, it is only the first step.  (It is illegal because the Endangered Species does not the endless subdividing of species in order to get low counts of the critter into to make it appear more endangered; here the Service listed a “subpopulation” of a subspecies.)  There is a link on our blog showing where you can let the Service know what you think.