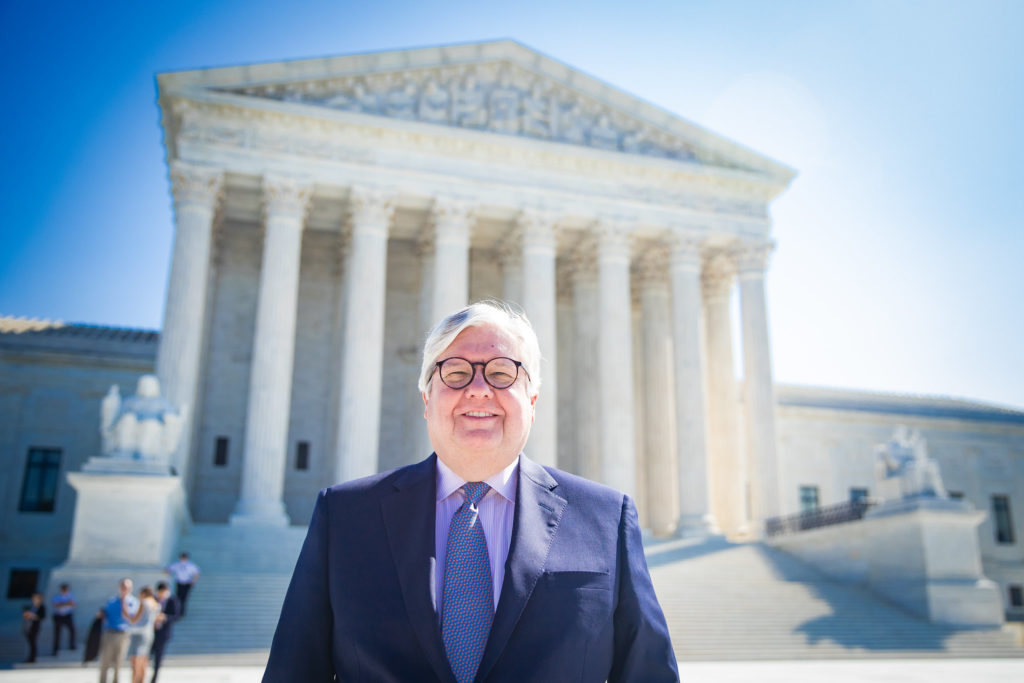 New Orleans; July 3, 2019: Today, the U.S. District Court for the Eastern District of Louisiana ruled that Louisiana property owners Edward Poitevent and his family, along with Weyerhaeuser Co., are the winners in a long-running national battle over property rights and the reach of the Endangered Species Act.

The plaintiffs’ victory represents the ultimate resolution of a case that reached its climax in November with the U.S. Supreme Court’s unanimous ruling in Weyerhaeuser Co. v. U.S. Fish and Wildlife Service in favor of private property rights.

Today’s settlement marks the complete capitulation of the U.S. Fish and Wildlife Service and invalidates its wrongful 2012 decision to designate the family landowners’ and Weyerhaeuser Co.’s property as critical habitat for the endangered dusky gopher frog, a species that did not even live on their property.

“This federal frog feud is over, and property rights and good government win. The government tried to ban development of 1,500 acres of private property at a cost of $34 million in the name of an endangered frog that does not live on the property and cannot survive there,” said Mark Miller, Pacific Legal Foundation senior attorney and lead counsel for the family landowners. “The frog has not been seen in the entire state of Louisiana since 1967. The feds may as well have labeled this Louisiana property critical habitat for a polar bear. It would have done just as much good.”

In Weyerhaeuser, the Supreme Court unanimously held that federal regulators overstepped their authority when they prematurely designated 1,544 acres of private land in Louisiana as critical habitat for the dusky gopher frog, an endangered frog species that is unable to survive in the designated area.

However, the Supreme Court remanded the case for further litigation to consider whether the property could indeed be habitat for the frog as a matter of law within the meaning of the Endangered Species Act — even though by any traditional definition the property could not be considered habitat as the frog does not and could not live there.

“It’s gratifying after more than eight years to finally close the book on this relentless crusade against private property owners across the U.S.,” PLF client Edward Poitevent, an attorney with Stone Pigman and co-counsel in the case, said. “Once I was told that my family’s land had been declared a habitat for a frog that disappeared from the land more than 50 years ago, I knew that justice would ultimately prevail.”

“With today’s consent decree, my family’s 1,500 acres can be now used to benefit the surrounding community, and other private property owners can be assured that something similar won’t happen to them,” Poitevent concluded.

This victory comes on the heels of PLF’s 12th Supreme Court victory, Knick v. Township of Scott. More information about Edward’s case can be found at pacificlegal.org/gopherfrog.