PLF client Rose Knick never expected to make constitutional history. If she had her way, she would live quietly, raising horses and other livestock on her 90-acre farm in rural Pennsylvania.

But when the local government decided to open up her private property to the public and threaten her with fines if she resisted, Rose took a stand. This fall, the Supreme Court will hear her case and decide whether it should overturn a decades-old case that has robbed countless property owners of their constitutional rights by barring their access to federal courts.

Under the authority of the new law, a town official entered Rose’s farm without permission, found some stones on it, and decided those stones were gravestones. The official then declared Rose’s property a “cemetery” and cited her for violating the law. According to the township, Rose had to open her private property to the general public or face significant fines of $600 per day.

When the township refused to leave her alone, Rose filed a lawsuit, asking the state court to protect her property rights. The Fifth Amendment to the United States Constitution requires government to pay you when it takes your property for a public use. The Fifth Amendment originally only protected individuals from the excesses of the federal government. But thanks to the Fourteenth Amendment, Americans enjoy the same protection when local and state governments take property without paying for it.

But as Rose soon discovered, the Supreme Court undercut the Fifth Amendment’s protection more than 30 years ago by making it difficult—and often impossible—for property owners to enforce their constitutional property rights in court.

Although Rose was right to assert that the local government violated her property rights, a labyrinth of unfair procedures denied her relief. She filed her claim first in state court, but the state court refused to hear her claim until the town actively prosecuted her.

So she then went to federal court to enforce her rights. But the federal court said it would not hear her claim either. The Third Circuit U.S.Court of Appeals acknowledged that the township’s law raised serious constitutional problems, but the court held that Rose could only bring her claim in state court—the same state court that already refused to hear her claim.

That case held that property owners must bring Fifth Amendment claims for just compensation in state court, to give the state an opportunity to compensate the property owner. That case ignored the usual rule that any constitutional claim may be brought in federal court. Since Williamson County, other courts have erected roadblocks to cases involving other constitutional protections, like equal protection and due process, when property rights are involved. In other words, courts wrongly treat property rights like they are inferior to other constitutional rights. 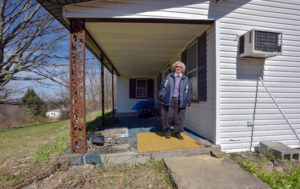 PLF petitioned the Supreme Court on behalf of Rose, explaining the pervasive injustice arising from Williamson County, and asked the Court to reconsider it. The Court has repeatedly turned down the same request in the past. But in March, our persistence paid off: the Supreme Court agreed to hear this case and decide whether to overturn a decision that has robbed property owners of their constitutional rights.

This article is an excerpt from PLF’s quarterly publication, Sword&Scales. To receive the digital magazine, subscribe here.