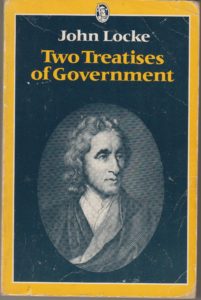 John Locke knew all about how to regulate websites: don’t.

Today, we filed a motion for summary judgment in Rentberry v. City of Seattle, asking a federal court to throw out Seattle’s ban on rental bidding websites. We argue that Seattle’s regulation by reflex is contrary to the core tenets of a free society.

A few websites have popped up in recent years that allow house-hunters to place bids on monthly rent and security deposits. In March, the Seattle City Council imposed a moratorium on these websites because they worry that the bidding might inflate the cost of housing or violate local fair housing laws. The moratorium expressly says that the Council doesn’t know whether these sites are bad. But the City Council has, in its own words, “pushed pause” while bureaucrats study the sites. PLF filed a First Amendment claim on behalf of a rental bidding site called Rentberry and a Seattle landlord, arguing that the website ban defies the basic principle that restricting speech should be government’s last resort, not its first.

Seattle is approaching a twenty-first century technology with a medieval bludgeon. The idea that government enjoys the power to simply ban something it dislikes without any evidence of harm hearkens back to antiquated notions of supreme power that we long ago vanquished. Seattle seems to believe that people can only use these websites with the city’s blessing. Liberty, according to this theory, is something granted at the government’s pleasure. Seattle should’ve checked the expiration date on that idea.

The city’s approach to governance has died a thousand deaths, but it died one of its most notable deaths in the intellectual battle between John Locke and Robert Filmer in the 1600’s. Filmer wrote a defense of absolute power called Patriarcha, in which he argued that rulers are like parents who can grant or withdraw freedoms at their pleasure. Filmer scoffed at the idea of “natural liberty,” believing that no one enjoyed freedom unless allowed by “grace from the king.” John Locke’s devastating rejoinder argued that liberty is mankind’s natural inheritance, not the gift of government, which exists only to protect that liberty.

Locke’s intellectual victory traveled across an ocean and a century, where it took up residence in our constitutional order. James Madison called the American Constitution “a charter of power granted by liberty” as opposed to the “charters of liberty… granted by power” seen in Europe. He meant that liberty is not a gift bequeathed by government that can be taken away at the government’s whim. Rather, liberty is a birthright that a limited government exists to protect. Liberty is the rule—government is the exception. As legal scholar Randy Barnett puts it, the Constitution “creates islands of government powers in a sea of liberty,” rather than “islands of liberty in a sea of government powers.”

Seattle’s preemptive ban on a website is a sign that the wrong sea is rising. The city’s website ban is based on the archaic and debunked notion that government is the one who decides when and how people can exercise liberty. But Seattle can’t just “push pause” on people’s right to use websites of their choosing; freedom doesn’t have a remote control.

We may be centuries away from Robert Filmer’s Patriarcha, but Seattle toys with the same love for power. Seattle no doubt believes that it’s proposing a twenty-first century solution to a twenty-first century problem, but in truth it’s the same old emperor prancing about in new clothes. If the city comes to court dressed in that attire, I’m confident in our prospects.