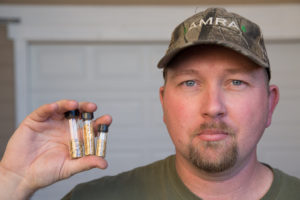 The federal government encourages mining on federal lands under the Mining Law of 1872. The Supreme Court has recognized that states may supplement regulation of federal lands, including by regulating the environmental impacts of mining. But California has gone further than any court has previously permitted, by broadly banning suction dredge mining throughout the state.

The Supreme Court of California upheld Rinehart’s conviction for violating the ban. But its opinion clearly conflicts with decisions of the Eighth Circuit, Federal Circuit, and Colorado Supreme Court—all of which held that states may regulate mining but cannot prohibit it entirely.

In addition to this conflict, the case presents an important federalism issue. The California Supreme Court denied the Mining Law any preemptive effect whatsoever, no matter how much state law may obstruct the federal law’s purposes. But the Supreme Court has repeatedly held that “any state legislation which frustrates the full effectiveness of federal law is rendered invalid.” States have no authority to erect “obstacle[s] to the accomplishment and execution of the full purposes and objectives of Congress.”

What would happen if states were free to undermine federal policy unless Congress expressly preempted the particular obstacle, as the Supreme Court of California held? I recently addressed that question on my FREEcology blog:

Suppose you’re a member of Congress who is proposing a bill within the federal government’s bailiwick. And you think that your legislation will remain the law of the land for decades or centuries, far beyond your ability to predict what new opposition might arise against it. You’re no enemy of federalism or state regulation, but you think the federal interest you’re promoting is extremely important. If you know that courts will not honor the purpose behind your legislation by preempting state laws that seek to obstruct it, what do you do? The logical answer is to broadly prohibit any state role that could undermine your bill.

Obviously, denying the states any supplemental role in regulating federal lands would be a significant blow to federalism. But courts leave Congress little choice if they will not preempt state laws that obstruct federal law’s purposes.

The only other time that the United States has taken a position on this issue in the Supreme Court it argued that the Mining Law broadly preempts any state regulation of mining on federal land. In light of that historical position, it seems unlikely that the government would do a complete about-face and argue that the Mining Law has no preemptive effect whatsoever.

To learn more about the case, check out our cert. petition and reply brief, our case page and video, and a recent op-ed on the case.