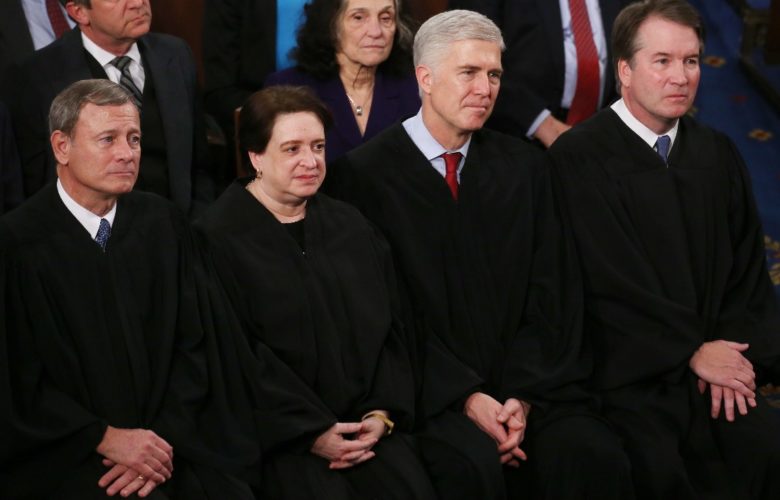 “It has been a tradition in the United States of dissents becoming the law of the land. So you’re writing for a future age, and your hope is that with time the Court will see it the way you do.”

We all take notice when the Supreme Court issues new opinions on the biggest issues of the day. Legal thinkers, journalists, policy-makers and others pore over majority opinions to assess the court’s reasoning and tease out the implications for the future.

But for a real lesson in the richness and subtlety of legal thinking, set aside the majority opinion and take a closer look at the dissents. These opinions often contain extraordinarily sharp legal reasoning—and more importantly, they can point like an arrow toward future legal thinking, while serving as a rich source of compelling and forceful language.

In part, that’s because dissents are often written to persuade other members of the court to change their view. In fact, the most successful dissenting opinions can even persuade Justices to change their votes. When that happens, the dissent becomes the majority opinion, as former U.S. Solicitor General Paul Clement, a one-time clerk to Justice Antonin Scalia, explains.

“Probably the single most successful dissents are the ones that we on the outside never see,” Clement says. “Because if a dissenting opinion convinces the majority to completely change its reasoning or causes a justice who indicated after argument that he or she was going to vote with the majority to switch their vote, then the dissent becomes the majority…. So you could almost say we see nothing but failed dissents.”

But even if a dissenting opinion falls short of changing the minds of a Justice’s contemporary colleagues, it can still have a big impact on future legal thinking. The late Justice Ruth Bader Ginsburg once remarked that dissenting opinions are often written “for a future age.” Similarly, Justice Potter Stewart likened dissents to “subversive literature,” because they seek to make the majority opinion more limited or vulnerable to attack in the future.

That’s because there’s a long history of dissenting opinions later working to reshape the law of the land. Dissents can be like a roadmap for legal reform, charting the path for future judges and lawyers, or for a future change to the law by Congress. In that respect, dissenters are putting down a marker for how they’d like to see the law change in the future.

A good example is the case of Ledbetter v. Goodyear. In that case, a majority of the court ruled that the 180-day statute of limitations for employees to bring pay discrimination claims under Title VII begins to run at the time of the discriminatory employment decision. Justice Ginsburg wrote a dissent essentially lobbying Congress to extend the statute of limitations so that it would run from the date of each paycheck, and Congress did just that with the Lilly Ledbetter Fair Pay Act. That was an example of a “long game” dissent that led to measurable policy change.

Compared to majority opinions, dissents more often have powerful language and reflect the author’s personality. That’s because dissenting Justices don’t necessarily have to worry about attracting votes or compromising to achieve an outcome; they can really let their hair down, so to speak.

That was certainly the case with the late Justice Scalia, who was known for his sharply worded, witty, and tightly argued dissenting opinions. His was a unique and compelling voice of dissent.

Talk to any Supreme Court junkie, even those who disagree with Scalia’s legal philosophy, and they’ll probably have a favorite Scalia quote. One of our favorites is his dissent in Lamb’s Chapel v. Center Moriches Union Free School District, arguing against using what’s known as the Lemon Establishment Clause test:

Like some ghoul in a late-night horror movie that repeatedly sits up in its grave and shuffles abroad, after being repeatedly killed and buried, Lemon stalks our Establishment Clause jurisprudence once again, frightening the little children and school attorneys [in this case]… Its most recent burial, only last term, was, to be sure, not fully six feet under… The secret of the Lemon test’s survival, I think, is that it is most easy to kill. It is there to scare us… when we wish it to do so, but we can command it to return to the tomb at will.

It’s not just the reader who benefits from dissents. They’re an important part of the judicial process, because crafting a strong dissent requires engaging with the majority and requires the majority to respond, in turn.

Judge Don Willett of the U.S. Court of Appeals for the Fifth Circuit explained:

“Some judges write for posterity, some for headlines, some to vent, some to cry foul, some to persuade, and for some it’s really a combination of all these… When I dissent, it’s fundamentally because I want my reason for disagreeing with the majority to be recorded and explained, and I always ask myself, ‘Is this really necessary?’ And every judge has a different tipping point, but sometimes you write for yourself, to sleep soundly with a clear conscience.”

Whatever reason judges may have for writing them, dissents are a fundamental part of our legal tradition. They serve as proof that most legal issues are not black and white, cut and dried. We should all take the time to read them, to engage with them, and to appreciate their role in our legal tradition.

Listen to PLF’s new podcast Dissed. Hosts Anastasia Boden and Elizabeth Slattery discuss some of the Supreme Courts most famous dissents and cases.

The courts are a haven from political fights January 06, 2021 I By ANASTASIA BODEN

Jurist: The Supreme Court and the importance of nominal damages November 13, 2020 I By DEBORAH LA FETRA

Amy Coney Barrett, in her own words November 11, 2020 I By ELIZABETH SLATTERY