Blog > Op-Ed > The Hill: Obama’s education guidance was terrible policy — and it’s about to come back

The Hill: Obama’s education guidance was terrible policy — and it’s about to come back 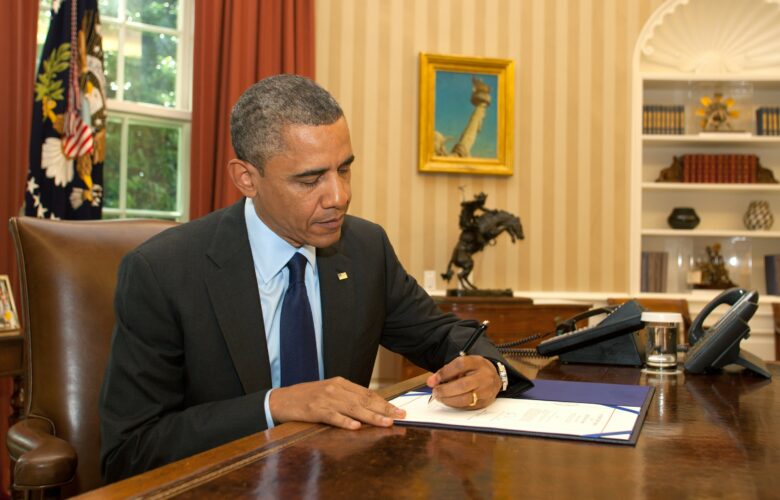 *Editor’s note: On July 23, 2021, PLF filed a regulatory comment letter with the Department of Education about nondiscriminatory administration of school discipline. You can read that letter here.

Martin Luther King Jr. famously dreamed that his children would be judged not “by the color of their skin, but by the content of their character.” Yet two major federal civil rights offices appear poised to re-issue an unlawful guidance document turning that commitment on its head. An earlier version essentially required schools to use racial discipline quotas — in effect, pushing schools to judge students on their race, rather than their behavior.

How did we get to this strange place?

Progressive advocacy groups blame a constellation of student discipline issues for creating what they call a “school-to-prison pipeline” that pushes children away from academic achievement and onto a penal track.

Among them is exclusionary discipline (suspension and expulsion), leading to learning losses and “zero-tolerance policies” that require inappropriately harsh punishments.

Schools also increasingly employ school resource officers, on-site trained police who tend to behave like, well, trained police who respond to schoolyard fights by referring kids to juvenile court. Teachers, by contrast, tend to handle such disputes within the school. While criminal punishment is certainly appropriate for serious offenses, pushing borderline cases into juvenile detention may nudge some kids toward criminality.

None of these issues is inherently racial, although each may have a disproportionate effect on African Americans if they are subject to a higher rate of exclusionary and judicial discipline in particular school districts. But the solution is to focus on underlying problems as they affect all students — not micromanage the meting out of all discipline by race.

Could federal legislation play a constructive role? Alas, activists are always impatient with generating the consensus required for legislation, and at least in the middle years of the Obama administration, when our story begins, divided government made legislation unsullied by compromise even more difficult.

Enter the political appointees from the Obama Department of Education’s Office for Civil Rights (OCR) and Department of Justice’s Civil Rights Division (DOJ), many of whom came from the aforementioned progressive advocacy groups. They took the tool they had: executive action.

They recast the school-to-prison pipeline as a race discrimination problem and invoked Title VI, which prohibits race discrimination by federal funding recipients, to force schools not to use disciplinary practices disproportionately affecting racial minorities. These activists-turned-bureaucrats relied on contorted past interpretations of civil rights and administrative law to decree that because school discipline had a disparate impact on racial minorities, anti-discrimination law essentially gave them plenary power over student discipline.

Without that real scrutiny, virtually any politically fashionable grievance can be reframed as a race issue even if it really isn’t, leaving executive branch appointees to make new laws without involvement from Congress. Think too many employers use criminal background checks unfairly? Get the Equal Employment Opportunity Commission to issue guidance restricting them because of their racial effect. Schools setting the bar too high for admission to advanced placement (AP) classes? OCR-ED can issue guidance to stop that. The federal civil rights laws can’t be stretched, at least not lawfully, to reach such ends.

With school discipline, it’s unlikely that teacher racial bias is a significant cause of disparities. Empirical studies purporting to show discrimination in discipline have been debunked thoroughly, and teaching is among this country’s most liberal professions, an unlikely haven for quiet racists. Finally, there is evidence that Black teachers discipline Black students at the same or higher rates as their non-Black colleagues.

Unfortunately, fearing expensive and burdensome federal investigations, many school districts started punishing minority students less when the Obama administration discipline guidance was in effect. When misbehavior isn’t punished, there tends to be more of it. Reports of increased classroom chaos abounded. Saddest of all are the stories of students trying to learn amid disorder — many of them from poor or racial minority backgrounds themselves.

The Education Department is seeking comments on school discipline disparities. As many parents, teachers and other interested persons as possible should send the Education Department comments to prevent the revival of President Obama’s failed policy. If that effort does not succeed, the fight should be taken to court and the judiciary should uphold the rule of law by restricting disparate impact only to cases where its use is congruent and proportional to stopping real racial discrimination.

Colleges and students are better off now that Obama era “Dear Colleague” letter is rescinded September 09, 2020 I By ALISON SOMIN