Blog > Op-Ed > The Hill: Trump’s ‘Regulatory Bill of Rights’ hasn’t gotten much attention — but it should 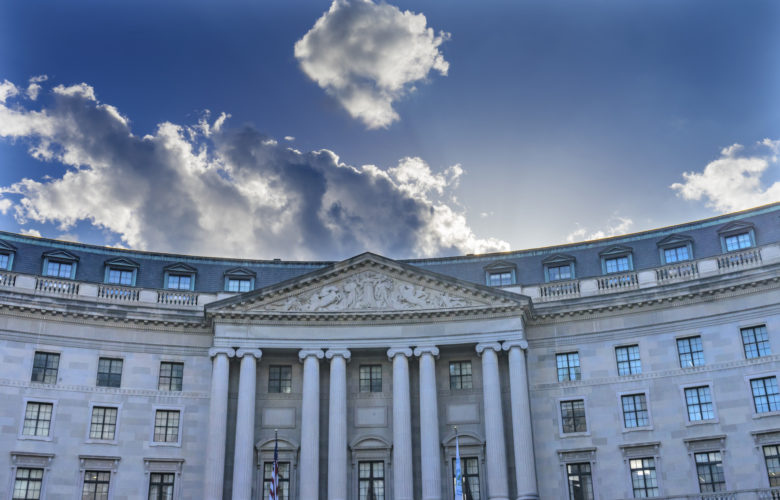 A recent executive order meant to free up the economy following the COVID-19-related lockdowns contains a little-noticed, but potentially powerful, long-term reform that should help rein in regulatory abuse that’s commonplace throughout administrative agencies. Contrary to those who claim that these regulators merely enforce commonsense rules for the benefit of individuals and small businesses, the truth is that today’s federal agencies routinely make up the rules as they go along, arbitrarily enforce those rules, and systematically violate due process protections along the way.

Just ask Andy Johnson, a farmer in Wyoming who built a small livestock pond on his family’s property, with the approval of state regulators. Unfortunately, the U.S. Environmental Protection Agency (EPA) also claimed jurisdiction over Johnson’s property because, the agency said, water from the pond could find its way to a navigable body of water hundreds of miles away.

The EPA charged Johnson with violating the Clean Water Act, issued a compliance order, and required him to remove the pond or pay a fine of at least $37,500 per day — without providing any prior notice of wrongdoing. Worse, the EPA denied Johnson information that supported its determination and failed to provide him with a hearing or other opportunity to challenge the agency’s designation — clear violations of Johnson’s basic due process rights.

Only after taking the regulators to court did Johnson learn that the EPA’s designation was based on an embarrassing bureaucratic mistake. An EPA employee misread Google Maps and erroneously concluded that water from Johnson’s pond connected with a distant navigable water. In reality, water from the pond flowed in the opposite direction. Not surprisingly, the EPA agreed to settle the lawsuit.

The modern administrative state — marked by unaccountable federal agencies, unconstitutional procedures and an increasingly hostile approach to enforcement — sets up the potential for these kinds of stories. And the explosive growth of administrative agencies increases the threats to individual liberties.

Johnson escaped liability, but only after years of harassment and threats of fines totaling $20 million, and with the assistance of Pacific Legal Foundation (PLF), which represented him for free. Many others lack the fortitude and resources to fight back.

But there is cause for optimism. On May 19, the president signed an executive order on Regulatory Relief to Support Economic Recovery. Section 6 of this order — Fairness in Administrative Enforcement and Adjudication — establishes an important “Regulatory Bill of Rights.”

These principles parallel recommendations made by PLF in a 46-page report submitted to the Office of Management and Budget earlier this year. PLF’s report details common agency practices that routinely ignore or undermine due process protections. These “due process deficits,” under which Americans accused of wrongdoing are deprived of their constitutional rights, continue to increase as regulatory agencies have taken a more aggressive stance in enforcement actions.

If this Regulatory Bill of Rights had been in place, and complied with, when the EPA targeted Andy Johnson, his family never would have been dragged through years of stressful legal proceedings. The same is likely true for eight other cases that PLF highlighted in a report released last week, titled “The Regulatory State’s Due Process Deficits.”

The rise of the regulatory state didn’t happen overnight, and it won’t be dismantled overnight. However, there are reasonable steps that policymakers and responsible agency heads can take now that will begin the process of restoring the constitutional order. With safeguards such as the Regulatory Bill of Rights in place, all Americans will hopefully receive full due process protections when the government attempts to deprive them of their rights to life, liberty, and the pursuit of happiness.

This op-ed was originally published by The Hill on June 9, 2020.