Blog > Op-Ed > The Hill: How agencies should implement the regulatory ‘bill of rights’ 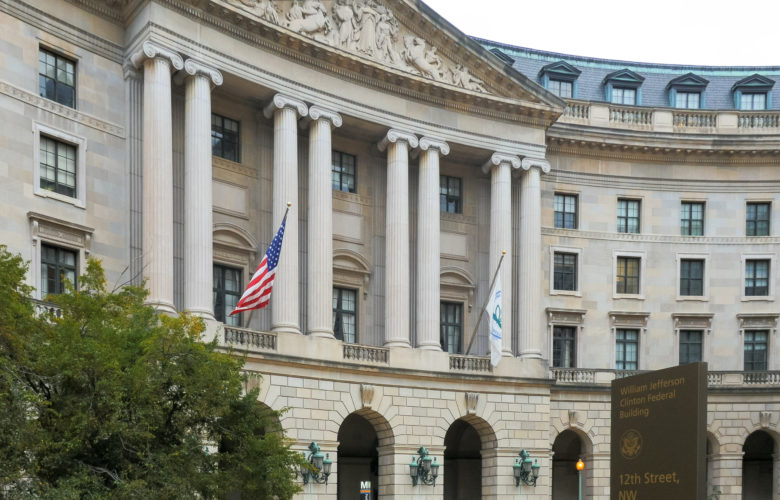 Last week, President Trump’s regulatory czar Paul Ray, head of the Office of Management and Budget’s Office of Information and Regulatory Affairs (OIRA), issued a “best practices” memo instructing executive departments and agencies how to implement the regulatory bill of rights issued a few months ago. This builds on President Trump’s May 19 executive order laying out 10 “principles of fairness in administrative enforcement and adjudication” to ensure that Americans have basic due process protections should they find themselves in the crosshairs of the regulatory state.

These principles include that agency enforcement should be prompt, not needlessly drawn out; agency rules of evidence should be clear and fair, and agencies shouldn’t withhold evidence that is potentially exculpatory; agencies shouldn’t engage in practices that cause unfair surprise; and individuals subject to enforcement actions should be given notice of what statutes or regulations they are accused of violating and an opportunity to respond.

These principles may seem basic, but agencies too often have failed to uphold them in the past. A Pacific Legal Foundation report describes nine case studies of enforcement abuse involving our clients, such as Andy Johnson, who was threatened with $20 million in potential fines for building a pond to water his daughter’s horses. His story, and others, show how agencies withhold fair notice, use biased rules of evidence, threaten excessive penalties to coerce people into giving up and evade democratic accountability.

OIRA Administrator Ray’s “best practices” memo is another meaningful step in the right direction — toward restoring due process guarantees that constrain government power. Ray instructed agencies to take the regulatory bill of rights seriously and translate them into actual reforms.

A common theme is the need for agency decisions to be made by politically accountable officials — individuals the American people can identify and hold responsible. For example, Ray urged agencies to get sign-off from an officer of the United States (rather than a career bureaucrat) before commencing an enforcement action. An officer of the United States is appointed by the president and generally must be confirmed by the Senate, ensuring a high level of political accountability. Likewise, Ray suggested agencies require approval from an officer of the United States before taking steps to extend the statute of limitations for violations or initiating additional investigations against someone who is already an enforcement subject.

Transparency is another theme: Ray stated that before any liability can be imposed on private parties, agencies should clearly state what statute or regulation an individual purportedly violated, describe how the conduct is prohibited under that law, and give the individual the opportunity to respond. Ray advised agencies to write rules of evidence and procedure in plain language, so they are “public, clear and effective” for those without a lawyer at their side. He also specified that agencies should make public the penalties associated with common violations.

A fundamental sense of fair play is another theme of the “best practices” memo. Ray charged agencies with finding ways to prevent multiple enforcement actions stemming from the same purported violation since “an agency should have only one bite at the apple.” He advised agencies to adopt a “rule of lenity” for investigations, enforcement actions, and adjudications. This concept, drawn from criminal law, requires courts to construe statutory ambiguities in favor of criminal defendants. He suggested agencies should use good judgment and decline to impose penalties when an individual has acted in good faith and tried to comply with the law. Only an overzealous bean counter could argue with that — but unfortunately, we’ve seen the need for just this advice in our litigation on behalf of Americans ensnared in the regulatory state.

And to make sure one official doesn’t act as prosecutor and judge, Ray discouraged agency adjudicators from having any communications with investigators and enforcement staff and suggested agencies develop reporting and disclosure systems for violations of this rule. Further, he urged agencies to make sure adjudicators are not rewarded based on the penalties they award or “in any other way that misaligns incentives” for them to make “fact-based, unbiased adjudication decisions.”

If regulatory agencies follow these new guidelines, these safeguards will go a long way toward protecting Americans from arbitrary and abusive government power and bring a measure of accountability, transparency, and a fundamental sense of fair play to the regulatory state.

This op-ed was originally published by The Hill on September 9, 2020.

The Hill: The Biden administration should join the fight against overcriminalization April 07, 2021 I By JOE LUPPINO-ESPOSITO

The Hill: Courts should interpret unclear laws in favor of freedom, not bureaucratic preference November 02, 2020 I By GLENN ROPER