Blog > Op-Ed > The Hill: Smart regulatory reform is an achievable goal ― Idaho has shown the way 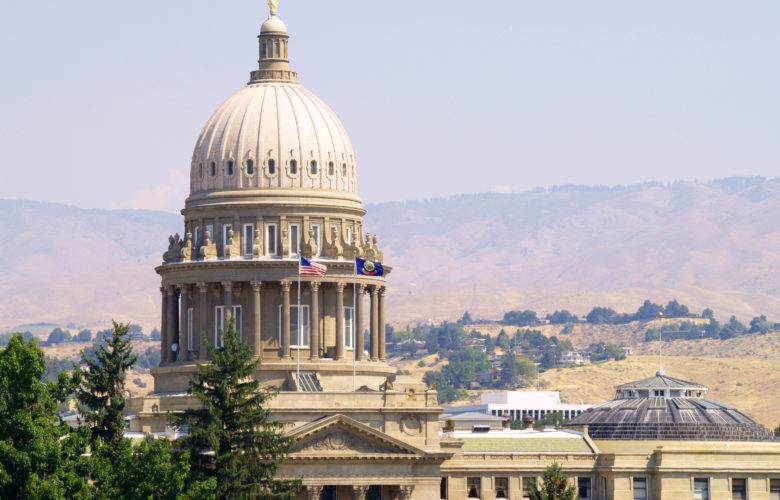 Government bureaucracies tend to grow and become more bloated and ineffective over time. Sometimes this seems like an inexorable law of nature, like gravity.

But it doesn’t have to be that way. Regulatory inertia is not inevitable. Just look at Idaho, which has taken the lead in showing that reducing unnecessary regulation and limiting government power are achievable goals.

While the Trump administration’s regulatory reform effort has led to noteworthy reductions at the federal level — eliminating seven-and-a-half regulations for every new rule — those efforts have been bogged down by litigation. But thankfully, Idaho is charting a course for states on regulatory reform, with positive results.

By 2019, the Idaho administrative code had grown to more than 8,200 pages containing more than 72,000 mandates and divided into an unwieldy 736 chapters of code. But in just a little more than a year, Gov. Brad Little made sweeping changes that ultimately may leave Idaho the least regulated state in the nation.

Here’s how it happened: In January 2019, Little ordered state agencies to examine every line of the code and eliminate anything unnecessary. Serendipitously, circumstances converged to ensure that this order produced meaningful change.

In Idaho, the legislature each year must reauthorize its regulatory code. Ordinarily, this is done as a matter of course. But last year, the legislature failed to do so. As a result, the whole administrative code expired at once. So instead of being required to justify regulatory cuts, Idaho agencies were required to justify any regulations that would be added to the new code. It was a perfect opportunity for long-lasting regulatory reform.

The result: 75 percent of Idaho’s regulatory rules were eliminated or simplified. In just one year, Idaho eliminated 1,804 pages of administrative code — including 250 rule chapters and close to 31,000 mandates — and gave the rest a much-needed update.

Some of these changes are relatively minor, such as eliminating archaic language. But even minor changes render the code more understandable to the average citizen who has to navigate regulations. Other changes eliminate outdated or obsolete agencies that no longer serve a constructive role, such as a Board of Cemeterians that has not issued a single law or license in over 20 years.

Perhaps the most dramatic changes that will affect Idaho citizens relate to the elimination of occupational licenses. Forty years ago, only a fraction of Americans needed a government-issued license before going to work; today, one in three jobs require a government permission slip, which stifles entrepreneurs and blocks people from working. Idaho has been no exception to this pernicious trend. But now, all of Idaho’s state licensing requirements will receive a thorough review by the governor to determine whether they should remain in effect.

This review will reoccur at least once every four years.

In addition, all state agencies are required to consider whether any professional regulation is vital to protect the public and whether the public good can be secured in a less restrictive or burdensome fashion. Only regulations that are the “least restrictive effective regulatory framework capable of adequately protecting the public” will withstand scrutiny. These changes will make it easier for individuals in Idaho to start small businesses and to practice their profession free from crippling and wholly unnecessary regulatory burdens.

Hopefully, these cuts will not merely generate quick headlines but will be enduring. A couple of changes in the rulemaking process in Idaho make the latter outcome much more likely.

First, moving forward, state agencies proposing new regulations must file a statement describing the impact the rule will have on individuals and small businesses and identify at least two existing rules to either repeal or significantly simplify.

Second, every rule issued by a state agency will be reviewed and subject to public notice and comment at least every five years and will expire if not renewed. As part of this process, agencies must justify the continuation of the existing rule by showing that it has produced meaningful benefits and remains necessary.

In other words, the burden has shifted: Agencies will be required to continue to justify their regulatory burden, putting an end to the accumulation of rules and mandates that create confusion and slow growth.

Unnecessary regulations violate individual rights and hinder innovation and entrepreneurship. The process of repealing regulations can be unduly burdensome, leaving most bad rules on the books forever. But Idaho has shown that meaningful reform is possible. Other states and the federal government should follow Idaho’s lead.