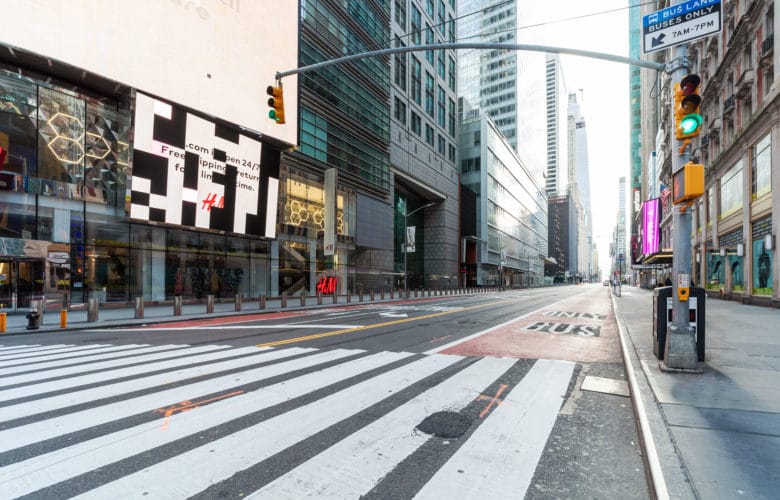 In the ever-changing landscape of the pandemic, one constant theme is government overreach. Since the early failure to control the outbreak, government executives have overcompensated by taking a risk-averse, iron fist approach, rather than looking for ways to mitigate or temper regulations to minimize the economic hardship that also kills.

In March, governors and mayors invoked emergency powers to issue stay-at-home orders and mandate business closures, and many of those blunderbuss orders are returning.

But there were also some sensible deregulatory orders that deserve more attention. Certain state and local governments and federal agencies alleviated regulatory burdens that were exacerbated by the lockdown orders or became more dangerous during the pandemic. These changes went largely unnoticed by the public, but in several facets of life, government temporarily loosened its grip, believe it or not.

Americans for Tax Reform found at least 846 federal and state regulations were suspended or waived in the wake of the pandemic. One might fear that in a year where everything seemed to go wrong, such steps would result in disaster. Not so.

Instead, peeling back burdensome regulation eased many of the problems that presented themselves so acutely in 2020. For example, certificate of need laws that never made sense became even more harmful. CON laws require individuals starting new businesses to secure government permission to open, making the prospective entrepreneur prove that their business is “necessary,” and often providing existing businesses the opportunity to object — essentially a competitor’s veto.

Yet, the threat of overflowing hospitals last spring exposed one of the most obvious flaws in the CON law regime in healthcare. Some states responded sensibly (Georgia, Iowa, New Jersey, and Oklahoma, to name a few), waiving CON laws for facilities with new hospital beds.

Researchers now believe that the temporary suspension of these CON laws led to life-saving results. A working paper suggests that for states with a high utilization of hospital beds, almost 100 lives were saved for every 100,000 residents for COVID-19 and other natural causes.

Elsewhere in the healthcare sector, nearly every state loosened restrictions on telemedicine, allowing doctors to connect with their patients while they stayed at home. This 21st century’s house call had been stifled by overregulation before the pandemic.

Other regulatory changes served to not only alleviate unemployment and economic hardship, but also demonstrate how much unnecessary regulation was in place to begin with. States from California to West Virginia to Arkansas now permit food trucks to operate at rest areas. This allows truck drivers to have something to eat (and someplace convenient to buy it) while the drivers deliver products to restock store shelves. It also employs the food truck operators and their suppliers, whose normal sales were suffering.

At the heart of these reforms is the subtle admission that the administrative state creates unnecessary layers of government control. Even if the original regulations were motivated by good intentions concerning health and safety (though protectionist explanations are more likely in many situations), calcified burdens made it exceedingly difficult for people to succeed in good times, let alone during a medical crisis and economic downturn.

These deregulatory success stories teach us two other things: The regulations should have never existed, and the suspensions should be made permanent. Unfortunately, it is often difficult to repeal a regulation that has proven to be costly, burdensome, or dangerous.

The Pacific Legal Foundation drafted a model reform in which regulations can first be temporarily suspended by governors and state agencies and submitted to the legislature, which could use expedited procedures to repeal the regulations. This is especially important for those regulations that are causing more harm during an emergency, but also for those that have proven to be unnecessary, conflict with other laws, or cause undue burden. This is a process that respects the separation of powers and allows the government to get out of its own way during a crisis.

We should all welcome the abandonment of needless regulation as a key part of the COVID-19 recovery process. Every day, citizens wait for their governor or mayor to decree a new restriction, and small business owners learn if they are “essential” or not. As uncertainty grows, the public is looking for ways to improve life, not simply accept a “new normal” of fear and despair. Our government leaders should find ways to support citizens and businesses, helping them stay safe, not just ordering them to stay home and shut down.

This op-ed was originally published by Washington Examiner on January 6, 2021.