Blog > Op-Ed > The Orange County Register: Newsom, Cosmetology Board should open minds, heads, and doors to the great outdoors

The Orange County Register: Newsom, Cosmetology Board should open minds, heads, and doors to the great outdoors 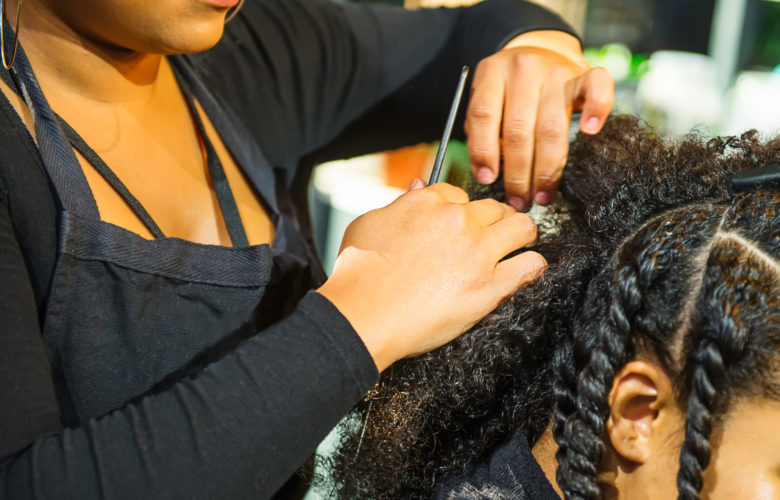 On March 19, 2020, Gov. Newsom issued a stay-at-home and shutdown order, dramatically changing our way of life. The shutdown order was catastrophic for many businesses and their employees, and even worse for the personal services industry, as salons, barbershops, nail salons, and other personal care providers were among the last allowed to reopen.

Just as these businesses were beginning to get back on their feet, the governor announced this week that in response to the increasing rate of COVID-19 infections, personal care services in 30 at-risk counties would be required to stop offering a variety of indoor services. This was devastating news for personal care providers who had already endured an extensive shutdown.

But there appeared to be a small silver lining. Based on Gov. Newsom’s announcement and a subsequent order by the Director of Public Health, many businesses understood that they would be allowed to offer their services outdoors so long as they could do so cleanly and hygienically and in harmony with public health guidance issued by the Department of Public Health and local authorities. For instance, a barber could set up a tent and offer haircuts outside to maintain some income while indoor services remained off limits.

The providers themselves were not the only ones who understood the governor’s announcement as allowing outdoor services. The city of Long Beach, for example, put out a press release that noted that personal care providers “may conduct outdoor operations.”

Unfortunately, the California State Board of Barbering and Cosmetology did not interpret Gov. Newsom’s announcement or the public health order as requiring, or even authorizing, the Board to allow outdoor services. Instead, it issued a statement which interpreted the Business and Professions Code narrowly and stated that since licenses were issued for a particular “establishment,” no outdoor services were permitted. Any personal care provider who offered outdoor haircuts or styling could face a fine, the loss of a license, or even a criminal misdemeanor conviction.

The practical impact of the board’s interpretation will be devastating. Personal care providers will once again be required to close. Many technicians and stylists will lose their jobs. Some establishments will never open again.

There is simply no need for this unduly narrow interpretation and its cruel consequences for the industry, and those in charge should do what they can to avoid it. An outdoor tent or canopy placed right outside of the place of business could reasonably be considered to be part of the licensed “establishment.” And as a policy matter, if the purpose of the Business and Professions Code is to protect the public, then restricting the use of this outdoor space makes no sense where hygiene and safety requirements can be met outdoors.

Fortunately, there is hope that this irrational decision will be changed or that the Governor can step in and overrule it. The governor has the authority in light of the pandemic to “suspend . . . the orders, rules, or regulations of any state agency,” where he determines that “strict compliance” would in any way “prevent, hinder, or delay the mitigation of the effects of the emergency.” The governor should do so here, and our public interest law firm, the Pacific Legal Foundation, has asked the Governor to do just that. Denying personal services providers the opportunity to operate outdoors would “hinder, or delay the mitigation of the effects” of COVID-19 by forcing providers to completely shut down and lose any means of earning income rather than simply finding new ways of staying afloat.

The governor and other state agencies have already provided similar relief to other businesses in California who are allowed to offer their services outdoors. The governor and Alcoholic Beverage Control have previously authorized, for instance, restaurants and bars to serve food and alcohol in adjacent outdoor areas like parking lots or sidewalks. Los Angeles Mayor Eric Garcetti has even spearheaded a program to allow restaurants to apply for a permit to operate outdoors in public spaces, and Pasadena soon followed suit. Gyms have also moved outdoors. Hair salons, barbershops, and personal care services are merely asking for the same kind of relief that has been extended to others.

During the pandemic, public bodies should interpret regulations in a way that allows businesses to operate in innovative ways, so long as they are safe. The board doesn’t need to cling to its narrow interpretation of what constitutes an “establishment.”  But if it does, this exactly the type of situation where the governor should intercede to get the unnecessary red tape out of the way of continued suffering.

This op-ed was originally published by The Orange County Register on July 17, 2020.

California hair stylists and barbers should be allowed to work outside July 16, 2020 I By DANIEL ORTNER