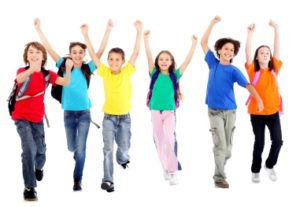 A little over a year ago we wrote about a maddening case in Anaheim, California. In 2015, a group of elementary school parents sought to take advantage of California’s Parent Empowerment Act (the “parent trigger”) to force the Anaheim City School District to convert their children’s continually failing school into an independently operated charter school. After the parents gathered the necessary signatures for a petition and submitted the documents to the school district, the district claimed that the law didn’t apply that year due to a temporary one-year waiver that California schools had received from reporting the relevant performance (or lack thereof) measures to the federal Department of Education. In other words, according to the school, it was only a failing school (and subject to the parent trigger) if it reported it was a failing school, so if it didn’t have to report it was a failure for one year, then it must not have been.

In an amicus brief submitted by PLF and Parent Revolution, we argued that the school district’s attempt to avoid accountability was illogical because “[t]he Parent Empowerment Act was intended to give parents the ability to improve the educational options for students stuck in failing schools, and that is precisely what the parents here seek to achieve.” Fortunately, today the California Court of Appeal saw through the school district’s disregard for the law, and unanimously held in favor of the parents. In the words of the court:

Palm Lane Elementary School failed to meet AYP for nine of the prior 10 years, and the school specifically failed to meet AYP pursuant to the 2013 report. Thus, the trial court properly concluded that, given its history, Palm Lane Elementary School qualified as a subject school under the Act for purposes of the trigger petition, notwithstanding the unavailability of AYP results for 2014.

Now that all 4 judges to review the case have rejected the school district’s faulty argument, hopefully the district will stop with the appeals and allow the parents to convert the school to finally give their kids an opportunity for a better education.