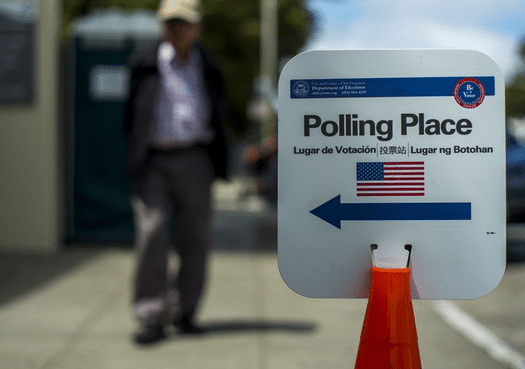 This morning, Jillian Ostrewich and Tony Ortiz filed a federal civil rights challenge to a Texas Election Law that forces voters to silence themselves before they can vote. Both voters were harassed by election workers because of what they wore when they went to vote in the midterm elections. Jillian, whose husband is a firefighter, wore a “Houston Fire Fighters” t-shirt when she went to vote. An election worker required her to turn her shirt inside out before allowing her to vote. Tony went to vote in a “Make America Great Again” hat. An election worker stopped Tony from voting and threatened him with arrest after he protested that decision. Today these voters, represented by PLF, are standing up for their Free Speech rights and the Free Speech rights of all Americans.

If all of this sounds familiar, it is because PLF argued a similar case in front of the Supreme Court of the United States exactly one year ago today. In Minnesota Voters Alliance v. Mansky, the Supreme Court invalidated a Minnesota law that failed to provide objective workable standards for what speech may come in the polling place and what must stay out. The government attorney famously stated that a t-shirt containing the text of the First Amendment would be allowed at the polling place, while a shirt contained the text of the Second Amendment would be banned.

Texas law also suffers from arbitrary and erratic enforcement. Election officials in the various counties are allowed to make on-the-spot judgments about which messages can be allowed in the polling places and which messages must be covered up. Unsurprisingly, election officials wielding this vast power have made headlines in each of the past three election cycles: harassing voters for voting in everything from an Alaska souvenir t-shirt to t-shirts that said “Vote the Bible” or “Deplorables.”

Today Jillian and Tony are fighting back to vindicate the free speech rights of voters across Texas. The right to political expression is fundamental, and a law that bans such expression on Election Day makes no more sense than a law that bans people from saying “Merry Christmas” on December 25. Voters shouldn’t be prosecuted for wearing a t-shirt — especially so when enforcement of the law is based on an election official’s whims.