Blog > Issues > Separation of Powers > We should follow the science, but who makes the decisions? 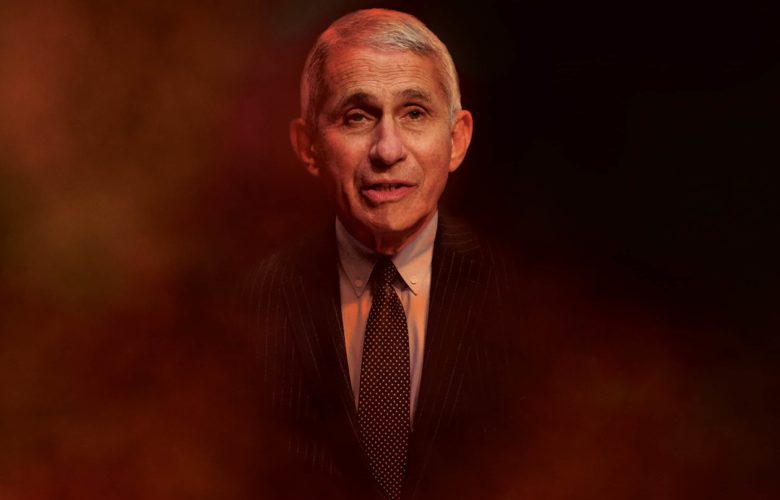 That simple and seemingly unobjectionable statement has been used over the past year to justify every policy, regulation, and law related to COVID-19, no matter their scope or the length they’re in place.

Of course, we are in a pandemic and science is necessary for understanding how to deal with COVID-19. But it is also crucial to understand who should be making decisions based on that science: the scientists themselves, public officials, or individuals?

When COVID-19 began to spread in the U.S., exactly how it spread and whether asymptomatic carriers are contagious was largely unknown. Because of so many unknowns, many policies were put in place that we now recognize as clear mistakes. For example, in February and early March of 2020, many of the medical experts on the White House COVID-19 task force discouraged the general public from wearing masks. But soon after that, masks became the go-to means of preventing transmission of COVID, and we learned that the first directive was motivated by a desire to prevent shortages of masks for medical personnel.

When asked about the changing mask directives, Dr. Anthony Fauci said, “I don’t regret anything I said then because in the context of the time in which I said it, it was correct. We were told in our task force meetings that we have a serious problem with the lack of PPEs and masks for the health providers who are putting themselves in harm’s way every day to take care of sick people. […] When it became clear that the infection could spread by asymptomatic carriers who don’t know they’re infected, that made it very clear that we had to strongly recommend masks.”

Or consider the story of how in May 2020, the Food and Drug Administration forced the Seattle health department to halt a program (in partnership with the Bill & Melinda Gates Foundation) aimed at finding a reliable at-home test to detect COVID-19. According to a New York Times article, “The delay is the latest evidence in how a splintered national effort to develop, distribute and ramp up testing has left federal regulators struggling to keep up. Amid concerns about the reliability of a burgeoning number of coronavirus antibody tests the FDA responded last week by ordering companies to submit data proving the tests’ accuracy.”

Or take the debates over how quickly a COVID-19 vaccine should be approved by the government and made available to the public. Early in 2020, then-President Trump promised to “slash red tape like nobody has even done it before” to approve a vaccine against COVID-19. But accelerating government approval for a vaccine led many health officials and scientists to sound the alarm about the dangers of approving too quickly. According to a March 2020 Politico article, “In some cases, a vaccine that hasn’t been properly tested could make people sicker. And if there are complications, the public relations problems could mount, spurring an anti-vaccination sentiment. ‘There’s a lot of hope for a vaccine but there obviously has to be a lot of caution,’ said Kathryn Edwards, a Vanderbilt University pediatrician who helped test vaccines against whooping cough, pneumonia, flu and other diseases.’”

While these examples were frustrating for a country (and world) trying to deal with a pandemic, all sides of each of these issues can easily be justified by science.

Early on, we really didn’t know whether masks would be useful, and there were concerns that using them improperly could lead to more transmission of the disease: a sensible application of science. And although lying to the public would not seem to be very scientific, it is true that a run on masks would have diverted desperately needed supply away from medical personnel.

Health officials in Seattle were certainly acting as responsible scientists when they sought to develop more testing options to detect COVID-19. But before you damn the FDA, understand that its mission is to ensure that drugs and medical devices are all safe and effective for everyone. If that’s the goal, then it makes perfect sense for the FDA to tightly control tests and their development.

Likewise, both sides of the debate over how quickly we should release a vaccine were informed by science. Getting a vaccine out quickly is a worthwhile and sensible goal during a pandemic in which much of the nation is shut down and people are dying. But there are also risks in moving too fast.

If the science is uncertain in the moment, the key question becomes, who should make decisions for the public based on the science? In too many examples over the past year, the decision-makers were unelected federal officials from the myriad government agencies in the U.S. This dynamic of unelected officials making wide-ranging policy decisions is the logical result of the early-1900s progressive movement’s project to create the expansive government that runs so much of people’s lives.

Theirs is a story of the misuse of science, expertise, and management for an end that none of those disciplines support.

The point of questioning how these policy decisions are developed and implemented is not to condemn science or experts. Science and experts are essential if we want to live healthy, happy lives. But we must understand their proper role. Scientists and experts have a duty to tell us the information and data we need to know. But the decisions about the rules we should follow must be made somewhere else. An obvious choice is elected officials, who have a duty to protect people from harm, while also respecting and protecting individual liberties and rights.

But even that track record has been spotty. Many decisions by state governors failed to property utilize science and respect individual liberties.

Take Connecticut forcing nail salons to stay closed but allowing hair salons and other comparable businesses to reopen. There’s no science that shows you’re more at risk to contract COVID-19 getting your nails done than your hair cut, but Connecticut’s governor and state agencies utilized the false umbrella argument that they were “following the science” to force PLF client Roxy Nails to the brink of bankruptcy.

Or take California banning outdoor dining despite there being no data showing elevated risks for outdoor dining compared to other allowed activities. Eventually, California’s Health & Human Services Agency secretary was forced to admit that outdoor dining was a relatively safe activity and that their policy was based more on rhetoric than science. But that was too late for the restaurants that were already put out of business by the state’s unscientific order.

Governors have also clung to their emergency powers far long after the initial emergency has subsided, all in the name of “science.” Rather than asking legislatures, the people’s representatives, to approve of ongoing restrictions, or leaving decisions up to the people themselves, most governors have extended their one-man rule indefinitely. In Kentucky, Gov. Andy Beshear is even fighting a new law passed to limit his emergency authority to 30 days.

What unlimited rule (i.e., going around state legislatures and our separation of powers) by state governors and the administrative state share is a fundamental commitment to collectivism—a society in which the individual is subordinated to the group, and “experts” are charged with organizing society for the “greater good.”

This is both an intentional feature and an unavoidable consequence of those turn-of-the-century progressives’ vision of government. If you believe that government exists to organize society and ensure that everyone makes the “right” choices, then a government run by many thousands of bureaucrats and armed with millions of regulations is necessary. And a limited government whose powers are divided among competing branches is intolerable.

PLF fights this vision of government, not because we oppose science or expertise, but because we support freedom and value individual rights. We know that the Founders were right: Each of us has the right to live our own lives, to pursue our own happiness, and to make our own choices. A government designed on that premise is not ruled by experts, but by the rule of law.

This article originally appeared in the Spring 2021 edition of Sword&Scales.