“Follow the science” has been a frequent refrain throughout the COVID-19 pandemic. And who can disagree with that simple slogan? After all, science is perhaps our best tool for understanding and combating insidious threats like microscopic viruses. Science has served us well: It was the application of scientific principles that decoded the genetic sequence of the virus, developed mRNA vaccines in record time, and validated the efficacy of those vaccines. Over half the adult population in America is now vaccinated against COVID-19, thanks to the dedicated and careful application of science.

But, although science is a powerful tool, it cannot answer crucial public policy questions, including who should be responsible for making policy decisions based on science. Is it scientists? Public officials? Bureaucrats at government agencies? Or individuals themselves?

The question matters because policy decisions, like our individual choices, cannot be derived directly from scientific analysis but require making value judgments about proper trade-offs. For example, science can estimate the health risks of reopening schools but cannot tell you whether those risks justify keeping the schools closed. Likewise, it can predict the level of vaccinations required to reach herd immunity, but it cannot tell you when travel restrictions should be lifted.

When it comes to these kinds of important decisions, there will always be conflicting policy options, each of which could be justified in the name of “following the science.”

We’ve seen numerous examples during the pandemic. Early on, for example, members of the White House COVID-19 task force discouraged the general public from wearing masks, but then reversed course and declared masks an important means of preventing transmission of COVID-19. The initial directive had what seemed like sensible scientific justification: preventing shortages of masks for medical personnel and greater disease transmission from improper mask-wearing. And although misleading the public about the value of masking would not seem to be very scientific, experts could offer a science-based explanation that a run on masks would have diverted desperately needed supplies away from medical personnel. Likewise, the later guidance encouraging widespread use of masking to prevent the spread of infection also could be justified by reliable scientific studies.

Other decisions show a similar tension. Consider the Food and Drug Administration’s (FDA) order halting a Bill Gates-backed effort to create a reliable at-home COVID-19 test. On the one hand, responsible science should encourage the development of more testing options. On the other hand, it makes sense for the FDA to tightly control test development to ensure that such tests are safe and effective.

Or, take the debate over how quickly vaccines should be approved and distributed. Getting a vaccine out quickly might save lives, but the accelerated government approval process led many scientists to sound the alarm about the dangers of moving too fast. After all, the potential for unknown side effects can always be used to justify one more laboratory test or one more controlled study.

In these and other examples, each side of each issue can claim to be backed by science — at least as it was known at the time. But someone has to decide how and to what extent science should inform public policy.

In far too many instances over the past year, the controlling decision-makers were unelected officials from government agencies. And when government policymakers explain or justify their decisions under the banner of “following the science,” we should all be rightly skeptical. Too often, science either has nothing to say about the efficacy of the chosen policy or it points in the opposite direction. For example, the Centers for Disease Control and Prevention (CDC) stopped the administration of an effective Johnson & Johnson vaccine based on a literal one-in-a-million risk of blood clots, discouraged individuals from traveling even after they were fully vaccinated, and issued an order banning landlords from evicting non-paying tenants — all in the name of science.

And let’s not leave out elected officials, who have not done much better. Many state governors have made questionable calls that fail to properly utilize science and respect individual liberties.

As one example, Connecticut’s governor and state agencies forced nail salons to stay closed while hair salons and other comparable businesses were allowed to reopen. No science shows you’re more at risk to contract COVID-19 getting your nails done than your hair cut, but Connecticut claimed to be “following the science” in singling out nail salons.

Or, consider California’s ban on outdoor dining despite there being no data showing elevated risks compared to other allowed activities. Eventually, the state was forced to acknowledge that outdoor dining is a relatively safe activity and that its policy was based more on rhetoric than science. But the belated admission was too late for restaurants already put out of business by the state’s unscientific order. And rather than asking legislatures (the people’s representatives) to approve restrictions or leaving decisions up to the people themselves, many governors sought to extend their emergency powers long after the initial emergency had subsided, all in the name of “science.”

In the end, the government can and should embrace science, but it is false to claim that public policy trade-offs are dictated by “following the science.” Scientific analysis — no matter how accurate and reliable — cannot tell us how to make the hard choices.

When it comes to most of those choices, the government must disseminate the best scientific data available but should leave the final decision-making to local policymakers and individuals. 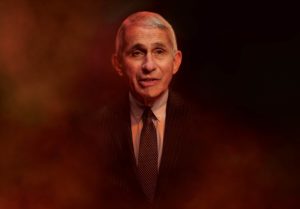 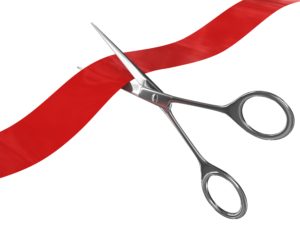 Who is pushing to reinstate regulations eased under Covid? 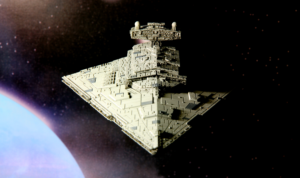 Investor’s Business Daily: Rule Makers Must Follow The Rules, Too