Blog > Issues > Separation of Powers > PLF at Senate hearing: Bureaucrats have to follow the rules, too 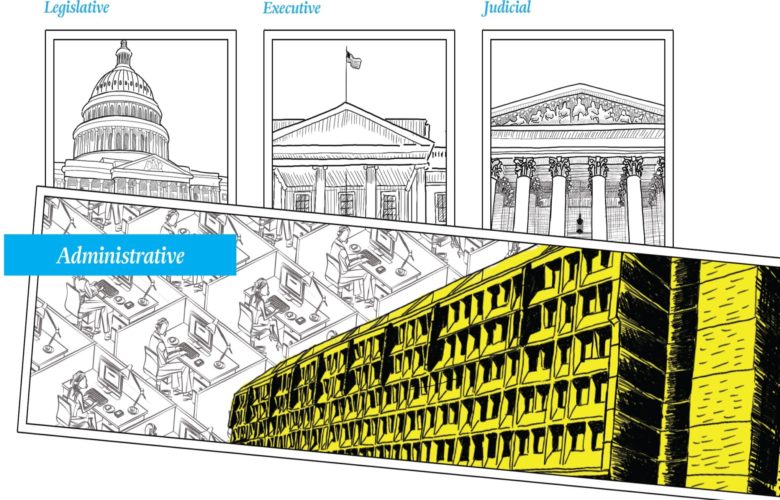 Earlier this year, Pacific Legal Foundation published a first-of-its-kind study finding that, over the past 17 years, the Department of Health and Human Services (HHS) issued a majority of its rules unconstitutionally.

Our report, “But Who Rules the Rulemakers? A Study of Illegally Issued Regulations at HHS,” found that almost three-quarters of the rules issued by the department as a whole were unconstitutional. For the FDA alone, that figure was 98%. The reason? Low-level officials and employees without authority to issue rules did so instead of Senate-confirmed officials who are constitutionally authorized to exercise such significant government power.

The 2,094 separate unconstitutional rules we uncovered have real-world consequences. Among the FDA rules, 25 have an economic impact greater than $100 million. And that’s just one agency within one department of a vast federal regulatory state.

If you spend any amount of time in Washington, you quickly learn that reports and studies examining government operations are the currency of the realm. Every organization hopes to make a splash with its original research. Unfortunately, most of those studies, even the good ones, end up sinking without a trace.

That’s why we’re excited that our report is having real impact on the direction of public debate: Today the U.S. Senate’s Federal Spending Oversight & Emergency Management Subcommittee is holding a hearing to explore just how unauthorized bureaucrats writing rules affects the government, federal spending, and the economy.

They’ll be hearing from one of the co-authors of the study, PLF’s own Tommy Berry (who will soon join Judge E. Grady Jolly as his law clerk on the Fifth Circuit); as well as James Broughel, a senior research fellow at the Mercatus Center at George Mason University; and Richard Parker of the Center for Energy and Environmental Law at the University of Connecticut.

The Senate’s interest in this constitutional problem is at the intersection of initiatives we’ve introduced to PLF over the past year: strategic research and legal policy. These two new departments complement our litigation activity (and especially the three cases we filed against the FDA arguing it violated the Appointments Clause), advancing issues important to our core mission before new audiences in new ways.

Working together with our communications team, we’ve been able to showcase the significance of government agencies behaving illegally—both from a philosophical and an economic perspective. Today’s Senate hearing will no doubt elevate the issue, showing there’s congressional interest in ensuring the government follows the Constitution, and that the rulemakers follow the rules.

We don’t yet know what reforms might result from this conversation—but the fact that it’s happening at all is a critical first step. Stay tuned as we continue to press the problem in court, Congress, and beyond.

The Hill: Pulling back the curtain on DC’s rulemakers? August 02, 2021 I By JOE LUPPINO-ESPOSITO

The Hill: Yes, we should follow the science, but who should make the decisions? June 21, 2021 I By GLENN ROPER