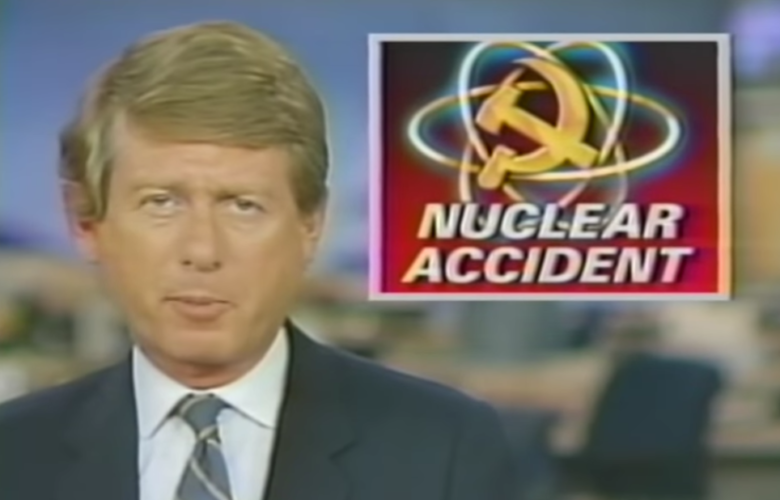 In the late 1980s, one of the most devastating man-made catastrophes in history rocked the Soviet Union and its neighboring countries. During a routine power outage simulation at the Chernobyl nuclear plant in Ukraine, a nuclear reactor explosion started a graphite fire. This fire contaminated an entire region of the country, rendering the area uninhabitable and poisoning the air for thousands of nearby people.

This disaster is being talked about again because of the recent HBO miniseries Chernobyl, with its dark depiction of the failed Soviet response to the catastrophe. Along with a sad—but all-too-true—portrayal of government ineptitude, the miniseries also prompts reflection on the danger of unchecked, and unaccountable, bureaucratic systems in our own government.

In the first part of the series, scientists urge government officials to take drastic measures to contain the effects of the explosion, but the government officials shrugged off the gravity of the situation. Instead of investigating or informing the public of the disaster, they sealed off the city and simply tried to cover everything up.

These bureaucratic failings pop up throughout the entire saga. KGB agents shadow investigators and incarcerate them for asking too many questions. Even after the government realizes the gravity of the disaster, the Soviet leaders continue to mislead the global community about the calamity. To them, the pride of the Soviet Union and its leaders is more important than the well-being of the entire region.

The deadly consequence of ceding broad, unchecked power to unelected bureaucrats is an unavoidable lesson of the show. It’s a lesson of what can happen when too much power is given to unaccountable bureaucrats.

In a report released earlier this year, Pacific Legal Foundation uncovered how unelected bureaucrats have unconstitutionally administered laws that all Americans must adhere to. While these laws are nowhere near as significant as the decisions made at Chernobyl, they serve as a stark reminder of what can happen when our Constitution’s separation of powers is ignored.

Unaccountable bureaucrats make far more laws in the United States than you might expect. As detailed in the report, career bureaucrats issued 98% of FDA laws written between 2001 and 2017. Systems like this make it nearly impossible to hold government agencies accountable.

“If the president or Congress dislikes a rule, the agency head or cabinet secretary can point to the career bureaucrat when called in for questioning,” writes PLF Legal Policy Director Clint Brown in a recent op-ed. “In turn, the career bureaucrat can rightly claim they’re not in charge. They’re playing hot potato with the rules that govern your medicine, your food and countless other aspects of your life.”

The Constitution’s separation of powers was designed to prevent one branch of government from becoming too powerful, but when Congress cedes its power to unelected bureaucrats, it chips away at the foundations of our democracy.

When our leaders make decisions that can hurt millions of people, there need to be consequences; when we don’t hold those leaders accountable, there aren’t. And while agencies like the FDA aren’t making Chernobyl-level bad decisions, their decisions do have an impact on the day-to-day lives and well-being of Americans.

HBO’s Chernobyl is one of the darkest case studies on unchecked government power in the face of a crisis. The FDA will hopefully never have to respond to a crisis of that magnitude, but the Chernobyl disaster illustrates just how important government accountability is, and the all-too-real consequences of losing it.

California Lawyer: An innocuous Supreme Court case could be a blockbuster October 04, 2019 I By DANIEL ORTNER

The Hill: The buck stops here: How to restore accountability to the federal regulatory system July 16, 2019 I By CLINT BROWN