Blog > Issues > Free Speech and Association > Make street performing protected speech in all of Houston, not just the Theater District 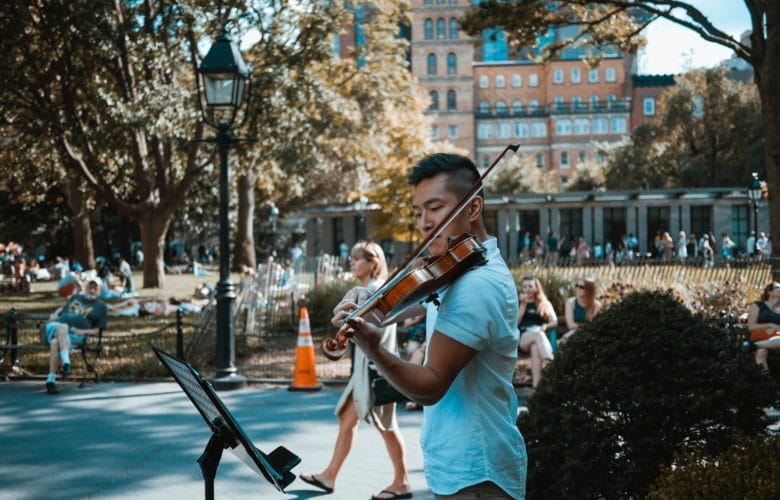 Houston musician Tony Barilla thought his simple request to busk or play his accordion in public places around the city for tips was a no-brainer. Busking is an everyday activity for musicians in cities all around the world.

Instead, as PLF attorney Mollie Riddle writes in the Houston Chronicle, Tony found himself filing a federal lawsuit over a city ordinance that bans busking:

“Unfortunately, you won’t hear buskers in most of Houston because of the city’s ban. Considering Houston’s enormous size — a total of 665 square miles — relegating all busking activities to a few blocks in the Theater District is absurd. There are plenty of places better suited to busking since they have more pedestrian traffic, like Montrose, the Heights, Main Street Square and the areas around NRG Stadium and Toyota Center. But they’re off limits.”

Beyond arbitrary restrictions to a tiny area within the city, the ordinance also forces Houston musicians to complete a demanding permit process.

“[B]efore musicians can busk in the Theater District, they must secure a permit from the city and permission from the owners of property near where they intend to perform. This law effectively grants nearby residents a ‘Heckler’s Veto’ over the free speech rights of others on the public streets.”

People have a right to earn a living through freedom of expression, and the government cannot restrict this right based on the speech’s content. Speech that is motivated by money is just as protected by the Constitution as any other kind of speech.

The case is Anthony Barilla v. City of Houston, and this week, the Fifth Circuit Court heard arguments on Barilla’s behalf.

Houston Chronicle: Make busking protected speech in all of Houston, not just the Theater District May 05, 2021 I By MOLLIE RIDDLE