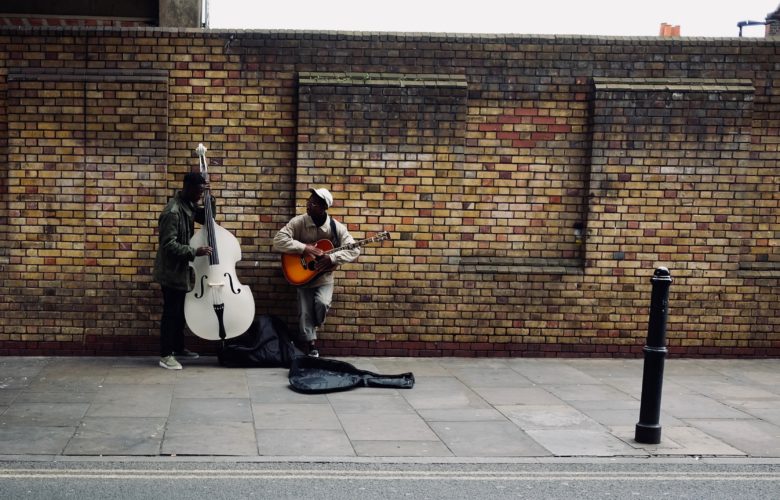 Tony Barilla is an accomplished accordion player who wants to busk — that is, to perform in public for tips — on the streets of Houston.

Many of the world’s great cities like New York, Paris, London and New Orleans are known for their robust busking cultures. Street performers and their music make these cities vibrant places for residents and visitors alike.

In Houston, however, a city ordinance prohibits busking everywhere except for in the Theater District — a miniscule area covering only a few blocks. Moreover, busking musicians are required to go through the pain of getting permission from both the city and nearby property owners before they can play a note. It’s time for Houston to end its narrow busking rules and allow musicians to express their First Amendment rights.

Busking is a long and honorable tradition among practicing musicians. After all, it’s tough to makes ends meet as an artist. Since money is tight, many musicians find busking a good way to get extra income while practicing their craft.

In fact, many famous musicians started out busking — from B.B. King to Janis Joplin to Ed Sheeran. Even Benjamin Franklin busked as young man, singing songs and reciting poetry in public.

Inspired by these great artists and the thriving cultural scenes of other cities, Barilla wants to busk around Houston. As a professional musician, he’s written and recorded music for the nationally syndicated NPR podcast, “This American Life,” for over 20 years. In 2019, Barilla released an album, “A Record of Deported Persons,” featuring songs adapted from stories about people who have been deported from the United States. Given his extensive experience as an artist, Barilla’s music would be a great addition to the city’s streets for Houstonians to enjoy.

Unfortunately, you won’t hear buskers in most of Houston because of the city’s ban. Considering Houston’s enormous size — a total of 665 square miles — relegating all busking activities to a few blocks in the Theater District is absurd. There are plenty of places better suited to busking since they have more pedestrian traffic, like Montrose, the Heights, Main Street Square and the areas around NRG Stadium and Toyota Center. But they’re off limits.

And before musicians can busk in the Theater District, they must secure a permit from the city and permission from the owners of property near where they intend to perform. This law effectively grants nearby residents a “Heckler’s Veto” over the free speech rights of others on the public streets.

The Heckler’s Veto requirement has many practical problems. It’s often difficult for artists to track down those whose permission they must obtain. And many people may forego applying because they feel uncomfortable asking for a stranger’s permission to perform.

Besides being bad policy, Houston’s busking law also has constitutional problems. The law singles out speech based on its content: as soon as musicians ask for gratuities while performing, the law bans street performers from the vast majority of the city’s public streets. This type of censorship violates the First Amendment’s free speech clause.

After his permit expired, Barilla decided not to renew it. The small area of the Theater District was simply not worthwhile to him. Barilla joined with Pacific Legal Foundation and filed a lawsuit to vindicate the constitutional rights of both his own and other musicians. In his complaint, Barilla asked the court to strike down the city’s busking law as a violation of his right to free expression protected by the First Amendment. This week, the court will hear arguments on Barilla’s behalf.

To pass constitutional muster, Houston’s law must be narrowly tailored to further a compelling government interest. Given Houston’s limited foot traffic and low risk of pedestrian congestion on its sidewalks, it’s difficult to imagine what interest the city might have in imposing such a broad ban. There are certainly more narrow ways to ensure the free flow of traffic or to keep people from using amplifiers or other disruptive means of playing. The city is certainly free to enforce nuisance laws.

But the city has no compelling interest in giving nearby residents a veto power over whether musicians can exercise their right to freedom of expression on public property. Just like protesting and panhandling, busking is protected speech.

This op-ed was originally published by The Houston Chronicle on April 28, 2021.

Make street performing protected speech in all of Houston, not just the Theater District April 29, 2021 I By KATE POMEROY

These Grammy-winning artists wouldn’t have gotten their start under Houston’s busking law January 30, 2020 I By BRAD LAKE