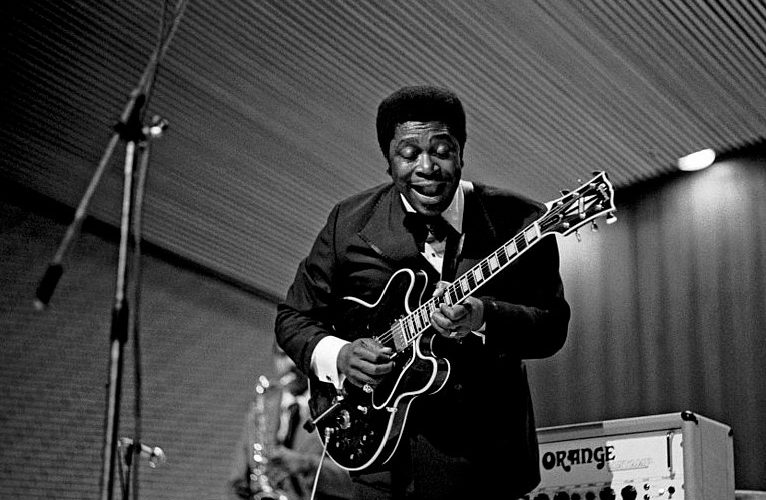 When listening to musicians like B.B. King describe their early journeys, it’s clear how hard it can be for artists to survive: “I was making about $60 a week at this radio station, and I would go out and pick cotton. I would drive trucks and tractors; I did everything to try and make ends meet, because my music wasn’t taking care of me.”

Many musicians—like a young B.B. King—busk to make those ends meet. And for many, playing music on the street for money is their primary income. But in Houston, lawmakers have banned musicians from busking.

Panhandling, protesting, and performing for free are all entirely legal, but the second that an artist picks up an instrument and asks for money, he or she becomes subject to a $500 fine.

A city like Houston banning busking might understandably be low on the priority list for many people. But the cultural fleecing that comes from busking bans like Houston’s becomes much clearer if you consider anti-busking laws’ impact on our world of music today.

Here are just a few of the many famous artists throughout history that would be unknown if they started out in an anti-busking city like Houston:

B.B. King moved to Memphis after growing up on a plantation with his family. He did odd jobs and busked with his guitar on the street for two years before he broke through in 1952 with “Three O’Clock Blues.” Generational artists like Eric Clapton and Jimi Hendrix name B.B. King as their inspiration for becoming musicians. But if 1950s Memphis had anti-busking laws like Houston, today’s world of music would be despicably emptier.

As Beck started his career, he played in clubs as much as he could. But in addition to the clubs, he busked to make ends meet. Beck even recorded his most famous song, “Loser” on a cassette tape in order to save money. “Loser” is one of the most popular songs from the ’90s, and Beck relied on busking until he was able to sell an album and make music his career. Beck’s willingness to explore different genres and stray from the beaten path musically has inspired musicians young and old, and artists from Johnny Cash to Childish Gambino have collaborated with him over the years. But none of it would have been possible without busking.

Janis Joplin is now known to many as the Queen of Rock, but stardom didn’t land in her lap. Like so many artists, she started out with almost nothing, struggling to support her musical career. When attending the University of Texas, she would busk in Austin. Eventually, she would hitchhike all the way to San Francisco, where she would start writing and creating the blues sound that brought her global notoriety. To this day, artists from Joan Jett to P!nk to Alicia Keys have pointed to Janis Joplin as one of their main musical inspirations. And without busking, Joplin might not have made it.

An artist featured last weekend at the Grammys, Ed Sheeran grew up playing pop songs on the street in Galway, Ireland. In his music video for “Photograph,” he even included home footage of himself growing up as a musician and busking, showing his journey as a kid playing on the street to being a superstar packing stadiums around the world. For Sheeran, busking wasn’t just about the money—it was an important part of his journey in life from unknown to fame.

Today’s music is built on the foundation of the music that came before it. When cities put a ban on busking, they limit freedom to create and risk missing out on the next big artist.

That’s why Tony Barilla, a highly accomplished accordionist, is suing to fight Houston’s unlawful limit on musicians’ expression. Tony has played music professionally for years and has even recorded music for NPR and This American Life. But Tony also seeks opportunities to busk on the streets of his home city, and Houston’s anti-busking law threatens his livelihood. Tony (represented by PLF) is fighting to defend musicians’ right to express themselves with their music.

Houston has produced some incredible musical talents. From working musicians like Tony, to world-renowned stars like Beyoncé and ZZ Top. But if the city’s anti-busking law is allowed to stand, the world risks missing out on amazing musical talents yet to be known.