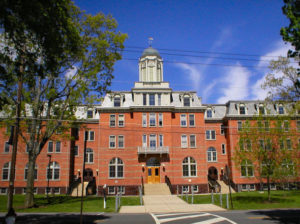 Second verse, same as the first! We know that teachers’ unions have some serious lobbying power. And we know they use this power to insulate public schools from competition. Take Pennsylvania, where school districts have repeatedly used (and abused) their power to handicap successful charter schools.

Last year, the public school establishment in the Keystone State was at it again. Once again, a successful charter school wanted to expand after amassing a substantial waiting list. Once again, the school district tried to stop the charter school from enrolling more students. And once again, PLF filed a brief in support of the right of parents to choose the school best fit for their child’s need.

Going forward, the script will be slightly different, but the sentiment will be the same. PLF will stand with parents and their child, no matter how much power the school district wields. School choice empowers parents, helps students, and benefits us all.