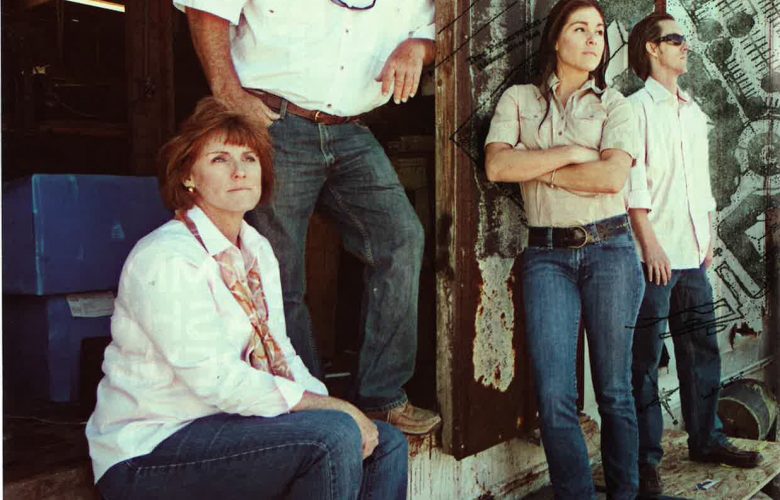 Yesterday, PLF filed a petition asking the Supreme Court to review a decision that diminishes property rights by throwing unnecessary obstacles to raising Fifth Amendment claims. The story behind this case began many years ago, when Simone and Lyder Johnson set out to build their dream home, along with some other possible residential development, in the town of Ponce Inlet, Florida.  Government officials for the town saw the Johnsons’ interest in the area as a potential boon, and they recommended the couple expand their project into a large, multi-use development that would benefit the community. At these officials’ insistence, and through their company Pacetta, LLC, the couple spent millions of dollars to purchase additional land, and then they began work on this new planned development that included everything the Town wanted: a public pier, long public river walk, public parking, preserved trees, and more. But after years of work, the composition of the Town Council changed, and the Town prohibited the plan. 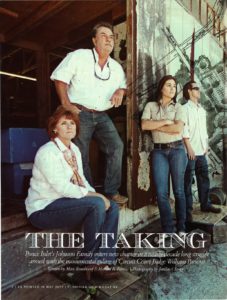 The Johnson Family. Photo by Jordan Clancy, as printed in Floridian View Magazine, 2012.

Rather than just require a more modest plan for the land, the Town Council went further. It set out to devalue Pacetta’s waterfront property, because it hoped to later purchase the same property at a discount. The Town imposed heavy regulations on the property, and passed several years of moratoria to stop any development of the land.

Left with no other options, Pacetta filed a takings claim against the Town. The Takings Clause of the Fifth Amendment requires that the government pay compensation when it goes too far in taking the use of land. The trial court found that the Town’s actions deprived Pacetta of “all economically beneficial use” for four parcels of Pacetta’s ten parcels of land, and awarded them fair market value for those parcels.

More than a decade after the Johnsons began the development, Florida’s Fifth District Court of Appeal reversed and remanded for a new trial, instructing the trial court to reconsider whether the claim was “ripe” ­— i.e., ready for a court to hear—or whether Pacetta should have applied for more permits before filing the takings claim. The court also held that there might not have been a taking at all, and instructed the trial court to reconsider whether entirely devaluing four out of ten parcels is really a taking.  The court’s bad instructions doomed it on remand in the trial court.

As we explain in our petition, this case raises two important issues for the Supreme Court to consider.  First, how many applications and how far must a property owner go before he can seek to enforce the protections of the Takings Clause in court? In this case, the trial court found that after six years of attempting to appease the Town, the Town rejected Pacetta’s development plans and would block all economically viable development of Pacetta’s property. The appellate court did not question that factual finding, yet nonetheless remanded, asking the trial court to reconsider whether Pacetta should have applied for more permits before raising the Takings Clause claim in court.  Specifically, the trial court would have to decide whether the permit applications for development were “meaningful” and whether the government would have rejected “any other development of Pacetta’s property.”  In other words, it was not enough for the appellate court that the Town would block all economically viable development of the property; the Town would have to block all development, including impractical and unprofitable developments too.  Unfortunately, these bad instructions are all too common.

The second question raised by this case asks whether government must pay an owner just compensation when it intentionally devalues property with the intent of later buying it at a discount. The trial court found that the Town intended to devalue the land and drive Pacetta into financial distress to force a discounted sale of the vacant waterfront land desired by the Town. The jury awarded Pacetta compensation for the complete destruction of the value of four of its ten parcels. But the appellate court overturned that judgment, refusing to determine whether the Town effected a taking. Instead the court remanded the case for a new trial. That refusal was absurd. Plainly, it should not matter whether the government devalued part or all of Pacetta’s land. Otherwise government could entirely escape the Fifth Amendment’s demand that government pay just compensation when it takes private land, by first devaluing desired land so that it can buy it at a discount later.

Between the great difficulty in proving a takings claim is ripe, and the lower courts’ failure to recognize meaningful protections when government devalues land, property owners’ constitutional rights are routinely violated and, even when litigated, they typically lose.

We are optimistic that the Supreme Court will lower a different hurdle to raising a takings claim after it hears argument this next term in PLF’s case Knick v. Township of Scott.  But even if the Supreme Court takes our side in that case, the Court still has much work to do to protect the inalienable rights our nation’s Founders sought to protect. We hope the Court considers accomplishing some of that work by agreeing to hear the Johnsons’ case­—Pacetta, LLC v. Town of Ponce Inlet.