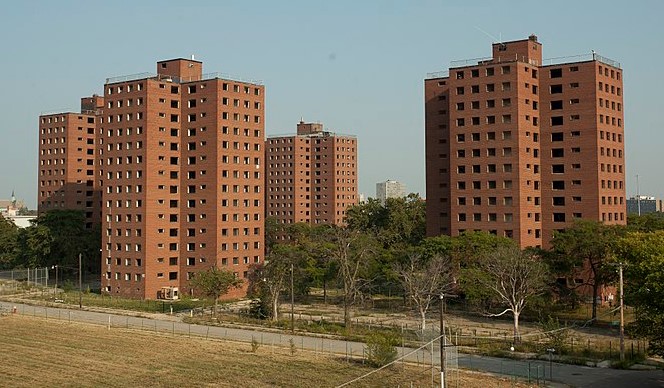 In the 19th century, epidemics and crowded tenement housing went hand in hand. Cholera, smallpox, and even the bubonic plague swept through America’s slum housing in numbers that make the COVID-19 epidemic seem like a case of the sniffles.

Unfortunately, today’s housing policies in many urban areas make low-income and minority city residents most at risk of catching infectious diseases. And as the COVID-19 pandemic’s tragic results in cities like New York have now made clear, housing and zoning reform is one of the best ways to protect many city residents.

As early as 1820, the link between overcrowded housing and health was established in official reports, according to A History of Housing in New York City, by Richard Plunz. He notes that one out of every 27 New Yorkers died in 1859, as a result of “urban killers” like cholera, smallpox, typhoid fever, malaria, yellow fever, and tuberculosis.

In 1890, an influential reformist book, How the Other Half Lives, by Jacob Riis, chronicled tenement living with as much contempt for the bad housing as for the people who lived there. Riis described, block by block, the overcrowded, unsanitary housing, while criticizing the poor, ethnic residents as “content to live in a pig sty,” ignorant, lazy, thieves, beggars, tramps, drunkards, greedy, stupid, and so on.

Riis noted that the tenements were “hot-beds of the epidemics that carry death to rich and poor alike.” And that prejudiced outlook drove much of the urban housing reform movement: It was one thing for the “contemptible” classes to die in their slums but quite another for their diseases to spread to “respectable” Americans.

Housing reform throughout the 19th and 20th centuries had a common tactic: The best way to address the problem was by getting rid of the poor, and the best way to get rid of the poor was to get rid of their dwellings. Indeed, the primary reason conservative members of the Supreme Court voted to uphold one of the nation’s first zoning laws in 1926 was to prevent the spread of “apartment houses,” as the slum tenements were known, because they would become parasitic nuisances in otherwise-nice neighborhoods.

In more recent times, “urban redevelopment” and central-city highway construction had a particularly adverse impact on minority neighborhoods. Much poor and working-class urban housing was destroyed, but little was rebuilt.

But whether it was early reform efforts to punch windows in airless apartments, mandating air shafts, or setting minimum building standards, there were gradual improvements. These reforms, combined with economic growth and modern medicine, did much to relieve the urban overcrowding and disease so prevalent in the 19th and early 20th centuries.

That history makes today’s zoning and land use policies appear quite ironic. Instead of allowing people to create and move to lower-density housing if they so choose, today’s planners and politicians strive to pack more people into denser cities, serviced by crowded rail and bus systems. This is all necessary, we are told, to protect environmental habitat and save the climate.

Thus, urban growth lines have been drawn, outside of which—in some cities, such as Portland—it is nearly impossible to build. Urban economist Randal O’Toole has described this so-called “smart-growth” planning model as one that is not building for the American dream, but as the title of his book puts it, for the American Nightmare: How Government Undermines the Dream of Home Ownership.

But the irony on top of irony is that environmental and zoning restrictions have reduced new home and apartment construction in coastal regions to a fraction of what is needed to maintain existing population trends. As a result, existing housing has become outrageously expensive. Families once again are doubling up. Worse, our streets are filling with homeless encampments as bad as any of the slums of the 19th century.

And like those slums of yesteryear, the homeless camps are becoming beset by illness, through no fault of the people forced to live in them. Diseases once thought eradicated from America are back with a vengeance, as cases of antibiotic-resistant tuberculosis and cholera surge among the homeless. Now, with COVID-19, some of the homeless are being sheltered in empty hotel rooms in order to protect the rest of us. But how long will this stop-gap altruism last?

And even aside from the homeless camps, dense urban living is far from ideal. With greater density comes greater crime, worse schools, and more opportunity for disease. With COVID-19, who wants to ride on a crowded train or bus, if given a choice? How many social-distancing urban dwellers cooped up in small and crowded apartments would not rather live elsewhere?

Don’t let the past be our future. Unless we free up the housing markets and let people build and buy the homes they want to build and buy, conditions in the urban core will only get worse. Instead of planning our way back into the 19th century, we should build into the 21st.

Avoiding government overreach in the COVID-19 recovery May 14, 2020 I By TIMOTHY SNOWBALL