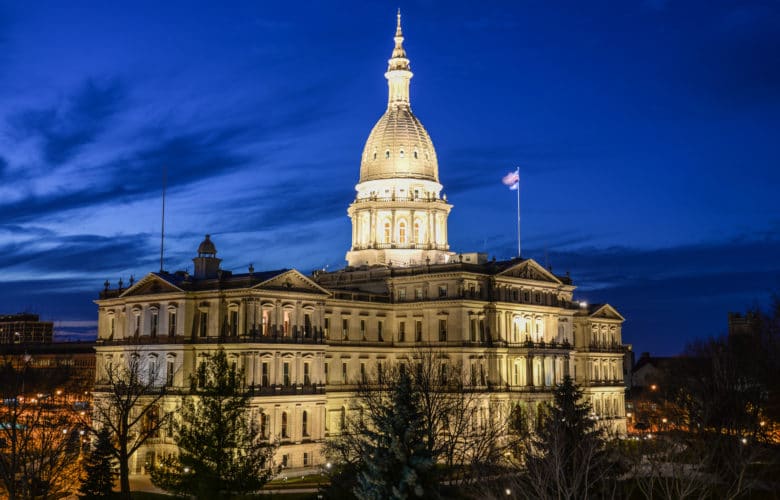 As the COVID-19 lockdowns continues to grind on in most states, President Trump has signaled an intense desire for state governors to reopen their respective states. This pressure has ranged from the subtle to the overt. In one particularly alarming development, the president even went so far as to declare that the decision to lift the current stay at home orders is his to make, not state governors.

“The authority of the president of the United States” over reopening state economies “is total,” according to President Trump. “I have the ultimate authority.”

While the president’s remarks are no doubt intended to offset the already sizeable damage done to a large portion of the electorate’s economic prospects, any action taken by the federal government must account for the separation of powers built into our system of federalism.

Under the American system of federalism, the primary power to combat COVID-19 rests with the states, not the federal government or the president.

The Framers of the Constitution recognized that the natural inclination of government is to expand its power and influence to the detriment of individual rights. They designed a new national government that would be powerful enough to take effective action on critical national issues while ensuring it would not become so powerful that it would threaten individual liberty. The idea was that if they could design a way to limit and divide power, you could ensure that individual life, liberty, and property would be preserved from federal abuse.

Their solution was two-fold. First, the powers of the new federal government would be severely limited. In addition to checks and balances between competing branches, the legislative power of the United States would only extend to “external objects, as war, peace, negotiation, and foreign commerce…” As such, Article I lays out seventeen discrete “enumerated” areas upon which Congress can exert jurisdiction; everything else is supposed to be off-limits to the federal government.

Second, the Framers reserved the bulk of government power to the pre-existing states. The states possess broad “residual police powers” to regulate the health, safety, and morals of their citizens. This is a power expressly denied to the federal government by the Constitution. It is under this authority that states have taken action in the face of COVID-19. Evidence of this dynamic is present in the Tenth Amendment, which reads: “The powers not delegated to the United States by the Constitution, nor prohibited by it to the states, are reserved to the States respectively, or to the people.”

Not only was the police power understood to pre-exist the formation of the federal government, but state officials were better positioned to take action on uniquely local issues. This local proximity combined with direct democratic oversight (originally not applicable to federal officials) made the exercise of the police power appropriate for states, not the federal government.

But state police power was not, of course, intended to be unlimited. Especially in the modern era, state governments often go far beyond health and safety and exclude new workers from certain occupations, prevent new businesses from challenging incumbents, and violate constitutional rights.

In the past, courts have found that quarantines imposed due to outbreaks of disease are within the bounds of a state’s police power. But statewide stay-at-home orders are unprecedented and more restrictive than past quarantine orders. Courts will hear challenges to these orders in due course, testing the limits of states’ power.

The Framers were loud and clear: Individual states deciding that it is their best interest to continue the lockdowns do not require the sanction of President Trump or other federal officials. The states are not meant to be sub-divisions of the federal bureaucracy, but semi-sovereign entities operating within the structure of the larger federal system.

The federal government has a part to play in the national recovery from COVID-19, but it is not to impose its preferred policies on state officials. The built-in limitations of the Constitution are not obstacles for the president to overcome. They are essential to preserving individual liberty from federal domination.

Timothy Snowball is an attorney at Pacific Legal Foundation, which litigates nationwide to achieve court victories enforcing the Constitution’s guarantee of individual liberty and, amid the current pandemic, restoring freedoms necessary to rebuild America.

This op-ed was originally published by Townhall on May 4, 2020.

Liberty can rebuild America after COVID-19 May 07, 2020 I By NATHANIEL HAMILTON