Blog > Op-Ed > The Orange County Register: COVID-19 has exposed the extent of the affordable housing crisis. Here’s how to start fixing it.

The Orange County Register: COVID-19 has exposed the extent of the affordable housing crisis. Here’s how to start fixing it. 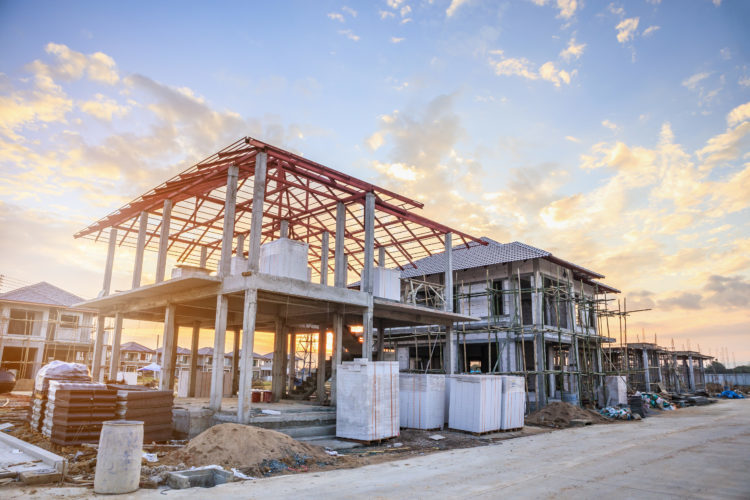 We are at an intersection of two critical crises: health and housing. The COVID-19 pandemic has highlighted that, now more than ever, having a safe home is a basic human need.

But needlessly restrictive land-use policies have left our communities with too few homes that are too expensive. That crisis that has been deepening for decades and could dramatically worsen — unless we commit to addressing the housing shortage with the same urgency and priority that we have shown in response to COVID-19.

Earlier this year, the home mortgage underwriter Freddie Mac estimated the U.S. needs an additional 2.5 million homes to accommodate the current population. This figure, however, does not capture the extent of the crisis, as it does not include projected housing needs. Nor does it take into account the skyrocketing home prices that have made purchasing or renting a home difficult, if not impossible, for many people—particularly in larger cities like Los Angeles where “affordable” housing can cost up to $1 million dollars for an apartment.

The solution is simple: build more homes. But for too long our cities and counties have clung to exclusionary land-use policies, such as wastefully large minimum lot sizes or inflexible single-family zoning, that hinder new construction and drive up housing costs.

The war on construction accelerated thanks to the COVID-19 response, which shut down numerous activities deemed “non-essential.” City officials from Philadelphia to Seattle have shut down residential construction sites, despite the fact that much of the work could be conducted with sufficiently effective social distancing. And in California, officials extended the already lengthy and costly permitting processes to give third-parties, like neighbors or activists, an additional three months after the current state of emergency ends to file lawsuits objecting to new construction—further hindering building in the near future.

Thankfully, there are several simple steps that can be taken now to spark the production of new affordable housing to better meet current and future needs. These include allowing homeowners to construct accessory dwelling units (ADUs), eliminating occupancy restrictions, and limiting who can challenge permits approved by planning officials or city councils.

Allowing a homeowner to construct an ADU—commonly known as a “granny flat”—would spur a boom in the construction of affordable units. Indeed, this solution has worked where implemented. In 2017, San Diego enacted an ordinance loosening restrictions on ADUs, allowing homeowners to add a unit to their backyard, basement, garage or as an addition. The San Diego law also streamlined the permit process by pre-approving several building plans.

Streamlined and by-right permitting are essential to the goal of creating more affordable housing. In many of our most populated regions, permitting costs are estimated to constitute nearly half the price of a new house, which significantly inflates area rent and purchase prices.

To build on these successes and ensure that ADUs actually alleviate the housing crisis, communities should also remove occupancy restrictions from their zoning codes. Such restrictions, which limit the number of unrelated persons that can share a property in areas designated for single-family homes, are a throwback to zoning’s exclusionary history and unnecessarily constrain housing capacity.

A final critical reform step is to limit who can challenge an ADU approval and on what grounds. Although the law recognizes the right of neighbors to oppose plans that may harm their property, obstructive “not in my backyard” lawsuits add significant cost and insecurity to new housing and are estimated to cost the economy more than $1 trillion annually. This cost, just like regulatory costs, finds its way into the sale price of the new house and area rents. Requiring a person to show an actual injury before challenging an ADU approval would go a long way to protect against this massive waste.

Unfortunately, the slowing economy as a result of the COVID-19 shutdown will likely exacerbate the housing shortage, at least in the near term. While the solutions to this crisis will require substantial reform to our zoning and land-use policies, the three steps outlined above would immediately expand the community’s housing capacity and reduce the cost of new units.

Brian Hodges is a senior attorney at Pacific Legal Foundation, which litigates to enforce the Constitution’s guarantee of individual liberty. Angela C. Erickson is strategic research director at PLF.

This op-ed was originally published by The Orange County Register on May 12, 2020.