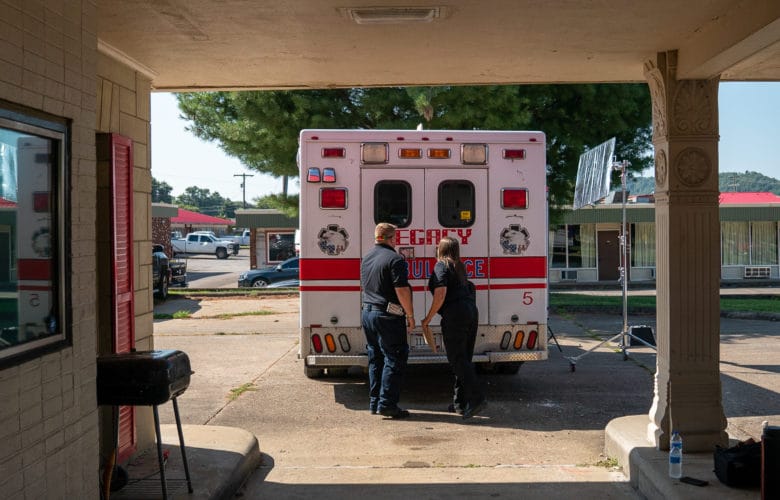 In most states, ‘certificate-of-need’ laws stand in the way of new medical facilities and services.

One of the most essential responses to a pandemic is ensuring medical providers can adapt quickly to meet new demands. Yet recently an all-female EMT brigade in New York, a family-run ambulance business in Ohio and a fifth-generation ambulance company in Florida were all stopped from providing vital medical transportation. Why? Because they couldn’t prove to the government’s satisfaction that their services were “needed.”

In 36 states, health-care providers must obtain a “certificate of need” before building a facility or purchasing new equipment. This is a long, tedious process that is separate from satisfying health and safety regulations. In five states, ambulance businesses must get a certificate of need before opening or expanding.

Take Ezras Nashim, which means “Helping Women” in Hebrew. This volunteer group of female EMTs would like to operate an ambulance to serve Hasidic women in Brooklyn, N.Y. Given the community’s strong practice of modesty, many Hasidic women prefer to receive medical care from other women.

This is standard for these processes: Those who hold a certificate are invited to show up at the hearing and testify about whether they think new competition is desirable. Not surprisingly, applications are often protested, and protested applications are usually denied.

As Covid-19 cases soared in New York, emergency workers reported lagging ambulance times and described the city as a “war zone.” Yet Ezras Nashim was forced to stand by as its community suffered. Gov. Andrew Cuomo pleaded with medical workers to come from other states to help, but the irony is that his own state’s laws prohibited local medical personnel from responding to the crisis.

Legacy Medical Transport applied in 2018 for a certificate of need in Kentucky, which is only a mile away from where it currently operates in Aberdeen, Ohio. In Florida, Brewster Ambulance Service last year sought to expand from Collier County to neighboring Lee County. Both were denied certificates after other ambulance providers protested their applications.

Legacy is challenging Kentucky’s certificate-of-need law on the grounds that it establishes an unconstitutional “competitor’s veto” over new businesses. Our organization, the Pacific Legal Foundation, represents Legacy in court. Evidence uncovered during that lawsuit revealed that of 17 contested ambulance applications over the past decade, only two were granted.

Regulators justify certificate-of-need laws as ensuring “adequate supply” and promoting affordable health care. But decades of research reveals they drive up prices and cause shortages. A 2017 study from the Mercatus Center found that certificate-of-need states have 30% fewer hospitals per 100,000 residents.

Governors are using their emergency powers to liberate health-care workers, from recognizing medical licenses across state lines to allowing nurse practitioners to provide care outside their usual scope of practice. They should do the same for certificate-of-need laws. Incumbent providers shouldn’t be allowed to keep out the competition, especially during a pandemic.

This op-ed was originally published by The Wall Street Journal on April 29, 2020.

Liberty can rebuild America after COVID-19 May 07, 2020 I By NATHANIEL HAMILTON

The Hill: Adjourning Congress to make appointments would be an unconstitutional power grab May 04, 2020 I By DANIEL ORTNER