Rising from the ashes: When the Camp Fire hit Paradise, California 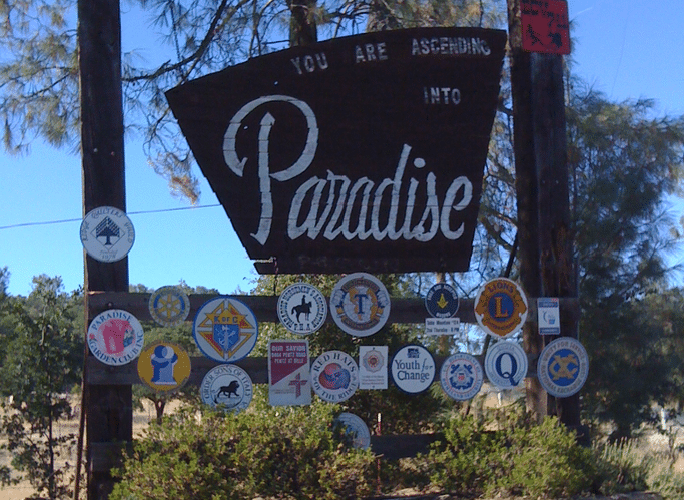 At Pacific Legal Foundation, we fight to protect everyday, hardworking Americans from misguided government policies that do more harm than good. Our clients are forced to wage battles that can be painful beyond measure, part of our duty is helping them deal with that agony.

When that pain hits a member of the PLF family, it doesn’t hurt any less.

Eileen Dutra is the director of Legal Resources at PLF, and in 2018 her family suffered immense losses from the California Camp Fire. Luckily, Eileen’s loved ones escaped serious physical harm, but the emotional wounds are still fresh.

Right now it’s time for healing and rebuilding. But soon it will be time for an honest examination of how the Camp Fire became such a catastrophe. California’s persistent droughts make wildfires a near-constant threat, but government agencies like the U.S. Forest Service that push misguided and heavy-handed policies—policies long challenged by PLF through litigation and education—have also helped fuel the devastation.

We will examine, discuss, and debate these issues in the coming months. Tragically, yet predictably, the topic will be relevant again with wildfire season fast approaching.

But what you’re reading now isn’t about policy or politics. Eileen’s story is far more important than that. This is about a family surviving and helping others do the same.

We are thankful Eileen and her family are safe, and we are especially grateful for Eileen’s willingness to share her family’s devastating experience.

We marvel at their example.

Even though Eileen Dutra has lived in Sacramento since 1989, she still calls Paradise, California, home.

“Being this close, I was there frequently for friends’ and families’ life moments, the annual Gold Nugget Days parade, and activities celebrating Paradise’s Gold Rush ties,” she recalled. “Coming into town, the smell of the pine trees was always an immediate welcoming embrace reminding me I was home.”

Today, however, the pine trees are gone, their bristly scent replaced with the charred remains of the Camp Fire—California’s deadliest and most destructive wildfire that swept through Butte County on November 8, 2018.

The blaze took less than 12 hours to destroy Paradise as well as Concow and Magalia. The fire ravaged 55,000 acres, causing $16.5 billion in damage, and claiming 86 lives.

Tens of thousands of residents were also left homeless, including most of Eileen’s family members and friends. Eileen has been part of the PLF family for nearly 30 years. She kept our team abreast of her family’s plight in the days following the devastation.

“My daughter and I opened our homes to family who were suddenly homeless. We cleared our closets and cupboards to help others meet basic needs,” she said. “Most people were still wearing the same clothing four days later, and many went without prescription medications.”

Life hasn’t gotten much easier for the victims since then. Not only are homes and family possessions gone forever, but there isn’t even minimal housing for thousands of Butte County’s displaced families.

“In fact, not long ago I saw on the morning news that Loren Lighthall, the principal of my alma mater, Paradise High School, resigned. He lost his home in the fire and he, his wife, and seven children have been unable to find housing,” Eileen observed. “He said the hardest part of leaving is having to say goodbye to his extended family. Sadly, I’ve seen this a lot since the fire. Many people find it difficult to understand how to move forward when ties like these are severed.”

But life must move on. Even during tragedies like the Camp Fire, the goodness of people can shine through like the sun through cooling ash. Thousands of people have contributed to fundraisers and support groups helping these victims deal with and overcome their losses.

One example of how people have come together to help is the new organization Paradise Fire Adopt a Family (PFAAF) where people who need help and those able to give it are connected. Two Rocklin residents started PFAAF with the help of the nonprofit Global Empowerment Mission. So far it has drawn support from more than 30,000 people—and counting.

As for Eileen, while her focus remains on her family’s recovery from the hardships they’ve had to endure, she remains hopeful.

“Unfortunately, we live in a world where we never know from one day to the next when our lives may be turned upside down or we have to face some unspeakable tragedy,” she added. “I will use this opportunity to pay it forward and help as many as I can.”

If you’d like to donate to help victims of the California Camp Fire, you can visit: paradisefireadoptafamily.com. 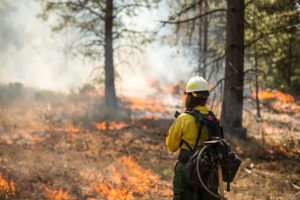