The story of America is the story of underdogs, and it always has been. 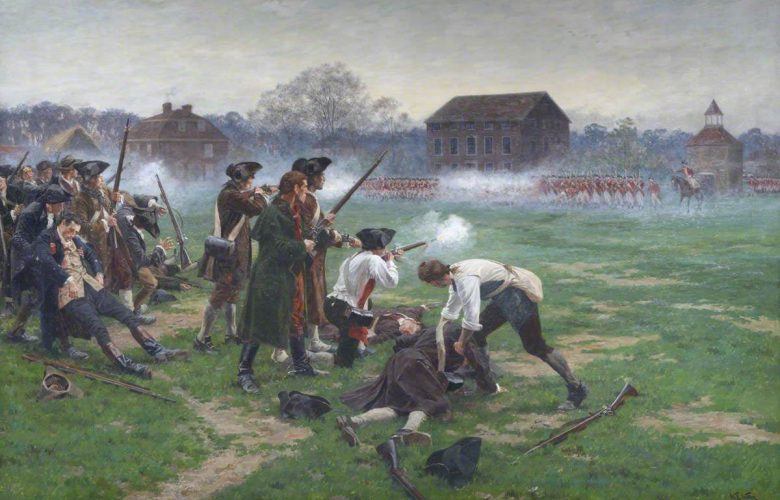 The spring of 1775 was a dark time for the cause of American independence.

In response to various acts of colonial “insurrection” related to unjust taxation, the British turned Boston into a veritable military encampment. Boston harbor was closed, the Massachusetts colonial charter revoked, and British “redcoats” occupied the city, housing themselves in private homes against the occupant’s will. Tensions between the imperial British and the soon to be independent Americans was at an all-time high; a powder keg ready to explode. All it would take is a single shot.

In late April, a large contingent of redcoats under the command of Major John Pitcairn left Boston and advanced into the Massachusetts countryside with the goal of collecting powder and arms rumored to have been stockpiled by the colonials in the town of Concord. On route, a force of the redcoats entered the village of Lexington, where they encountered approximately eighty local militiamen, many of them no more than boys, muskets in hand. They, along with the patriots at Concord, had received advanced notice of the British advance through the since celebrated “Midnight Ride of Paul Revere,” William Dawes, and Samuel Prescott.

After a British officer approached the colonials on horseback issuing the command “Lay down your arms, you damned rebels!” a shot rang out, and the redcoats fired a volley directly into the American line. The British troops soon advanced, bayonets at the ready. Although the Lexington militiamen were soon scattered, the alarm had gone up, and they were soon reinforced by patriots from across the Massachusetts countryside, and harassed and chased the retreating British all the way back to Boston. The War of Independence, which would eventually result in the most envied, most copied, and most successful democratic republic in the history of the world, had begun.

The story of America is the story of underdogs. Of men, women, and children of all races, ethnicities, religions, political preferences, and other persuasions, standing up for what they believe in by fighting for their inalienable rights. No matter the personal cost. Like the American patriots at Lexington and Concord, or even the Founding Fathers who gambled their “lives, fortunes, and sacred honor” on their American experiment in limited government and individual liberty, the odds were stacked against them. But they decided to fight back anyway.

Such has also been the case with the many patriotic clients who have partnered with Pacific Legal Foundation (PLF) in the cause of individual rights and liberty. Rather than force of arms, we fight with ideas. Ideas about individual in individual inalienable rights, just government, and defense of what is required by the United States Constitution. And we fight in the courtroom, whether it is protecting your right to equal treatment, to earn an honest living, to own and use property, to speak your mind free from government restriction or reprisal, or against the tyranny that is the modern administrative state.

It can be an intimidating thing to stand up for your rights, especially in the face of seemingly overwhelming odds. James Madison once wrote that “If men were angels, no government would be necessary.” As long as government exists, government abuse will continue. However, as long as we have brave clients willing to stand up for their rights, PLF will be there to stand with them, shoulder to shoulder, until the battle is won.