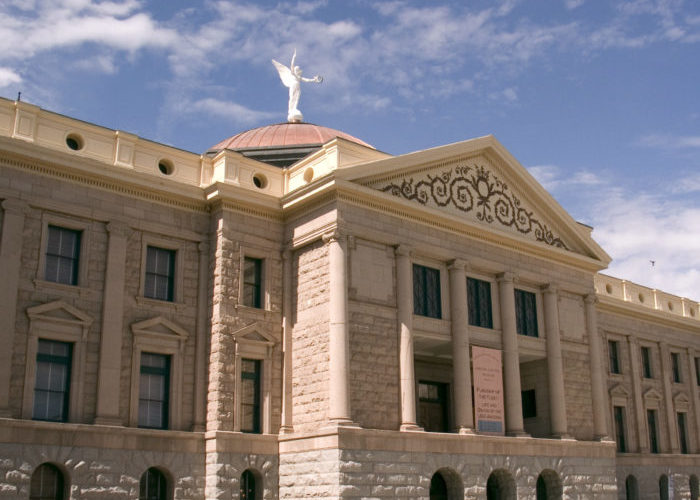 With the economy teetering towards a deep recession in the wake of the COVID-19 pandemic, many states are taking proactive measures to help their citizens by easing property tax burdens and offering monetary relief. With the legislative session being cut short, among the bills left to wither on the vine is a bill to end Arizona’s current, unconstitutional process that steals Arizonans’ hard-earned home equity for unpaid property taxes. To save what is many Arizonans’ biggest asset, the reforms need to be incorporated into this summer’s expected special session devoted to urgent budget and tax measures.

In Arizona, when a homeowner is unable to pay his property taxes, the county sells a lien to an investor for the value of the debt, even if it is $7.06, as it was in one case. If the homeowner is unable to pay the debt in the prescribed time period, the investor forecloses and takes the home outright without any sale. This means that the homeowner loses everything, over debts that are often less than one percent of the property’s value.

As unemployment spikes faster than ever in American history, it is even more urgent to reform the state’s home equity theft law. Arizona lawmakers and counties can avoid years of heartache for their constituents and themselves by finishing work on a simple fix.

Yet some Arizona counties fought the needed reform this session, largely because it brings change. And a small subset of investors issued chicken-little warnings about their business model, which essentially preys on the poor. Amendments were offered to ensure the reform would have a very small (or no) impact on county governments. Some officials still fought reform. The burgeoning economic crisis will only highlight their intransigence.

With current and future job losses, more Arizonans, at no fault of their own, will be unable to pay their property taxes. And, unless the law changes, many of those property owners who have poured decades of their blood, sweat, and tears into owning a home, will be kicked to the curb with absolutely nothing to show for it. Despite proof that 37 other states do not steal home equity and still collect all property taxes owed, a few county treasurers are still trying to stop any reform.

Those officials are digging themselves deeper into a hole—and harming other counties in the process. The Constitution prohibits the government from taking property without just compensation. Government can take what it is owed, but nothing more. By giving entire properties to investors in exchange for paying miniscule debts, Arizona counties are liable for unconstitutional takings. They will soon see themselves in the same situation as Wayne County, Michigan, which took a property from Uri Rafaeli, an elderly retiree, over an $8 mistake in his property tax payments.

Mr. Rafaeli sued, and the Michigan Supreme Court justices’ stunned reaction to the county’s position convinced many observers that the Court will strike down the practice in Michigan soon, as have other state courts. Our foundation and other allies, like Arizona AARP, will not rest until home equity theft is ended here too—but suing to do so would delay justice, and it’s heartless for any official to drag their feet in this time of economic crisis.

Some county treasurers claim that these takings don’t happen in their counties, or at least not often, because they try to work with people to pay their taxes. But, no matter how rare the theft, it should be outlawed. And the record is clear that hundreds of home equity thefts already happen in Arizona, as shown by a 2017 study published in the Arizona Republic and confirmed in a 2020 study by our foundation.

It is entirely foreseeable that tax foreclosures will increase dramatically in the coming years. As elderly and sick Arizonans lose both their homes and their equity, will citizens be comforted by politicians’ reassurances that they didn’t want it to happen? Do good intentions make it okay for counties to facilitate the theft of hundreds or thousands of struggling citizens’ home equity?

If lawmakers fail to act and tax foreclosures increase, counties will find themselves on the wrong end of expensive lawsuits where they will be liable for all stolen equity, which is often 99 times greater than what the county pocketed in property taxes.

If Arizona lawmakers don’t act in the expected summer session, they, the counties, and, most importantly, unfortunate property owners will suffer. But unlike the current pandemic, officials who are fighting reform today won’t be able to say they couldn’t see the crisis coming.

This op-ed was originally published by The Arizona Capitol Times on May 8, 2020.