The Center Square: To boost affordable housing, Boulder should end regulations that drive up costs 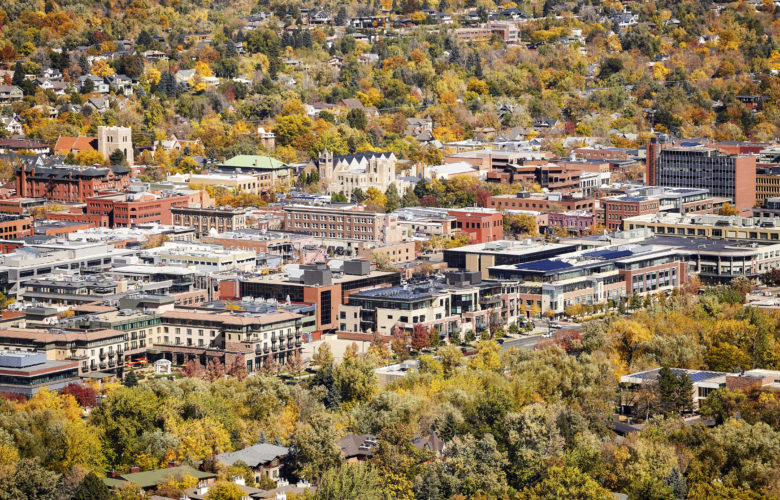 Rent and housing prices in Boulder are punishingly high: last year, the average rent for a one-bedroom apartment was $1,823 per month, making it one of the most expensive markets in the country. Not surprisingly, many residents are searching for ways to make housing more affordable.

Prices are high because there’s not enough supply — and prohibitive land use laws make it hard to build enough new housing. But one local organization “Bedrooms Are For People” has been promoting an idea to make more use of existing homes. Their proposal would eliminate local laws that restrict unrelated persons from living together under one roof. Under new rules, any home could have the same number of unrelated persons living together as the homes number of bedrooms, plus one.

Earlier this year, organizers for the grassroots group worked to get their proposal on the ballot. They went to the Boulder City Council, which told them they needed to gather 4,000 signatures by August. The group exceeded that number. Volunteers set out to gather signatures in the middle of a pandemic and delivered 6,000 signatures by the end of July.

But then the city council moved the goalpost, claiming that 8,000 signatures are needed. Even so, the city has the power to put any initiative to the voters on its own. The city council refused to do so. The group sued the city and lost. It is now probably too late to get the measure on the ballot this year.

To better understand why Boulder is facing a housing crisis, it’s important to understand the principal culprit of the housing shortage: a discriminatory land use code. Under current law, areas zoned for single-family homes do not limit the number of people who can live in a house, but the law requires that they all be related.

Relaxing these regulations will not allow an unlimited number of people to live in a home, but it would end the unnecessary distinction between related and unrelated occupants.

Opening new housing opportunities will also help alleviate Boulder’s skyrocketing prices. Currently, it is illegal for property owners in single-family zones to rent extra rooms in their homes to unrelated tenants. While not everyone will want to rent out spare rooms in their homes, some will. Creating an additional supply of bedrooms will help address the demand for rental units and, ultimately, lower the rental price of units in the city.

Opponents of the reform measure fear that changing the land use rules will cause a nuisance for neighboring properties. But the city will still be able to enforce occupancy limits, nuisance laws, and design standards. Landlords will still be held responsible for nuisances on their properties, which gives them an incentive to vet their tenants.

The trend toward relaxing urban land use laws has already gained support in other cities. Last year, Minneapolis made it legal for property owners and builders to convert single-family homes into duplexes and triplexes within the city. It’s still early, but Minneapolis’s new approach seems to be working. More homes are being built and from 2019 to 2020, rents for a two-bedroom apartment decreased by 13 percent. In its twin city, St. Paul, rents only decreased by 5 percent from last year.

Boulder could see similar increases in housing if its city council allowed the Bedrooms Are For People proposal to get on the ballot.

Boulder is a desirable place to live, which means many people are moving to the city. But new residents create the need for new housing. For the longer term, Boulder needs a broader set of reforms to eliminate barriers to new housing construction, which would help to increase the stock of affordable housing. But in the meantime, Boulder city officials can help address the immediate need by removing unnecessary, arbitrary regulations that prevent property owners from renting out their rooms to tenants as they see fit.

This op-ed was originally published by The Center Square on September 9, 2020.

If you care about housing, you should care about property rights September 22, 2020 I By JAMES BURLING