Blog > Issues > Separation of Powers > The crisis exception to the Constitution? 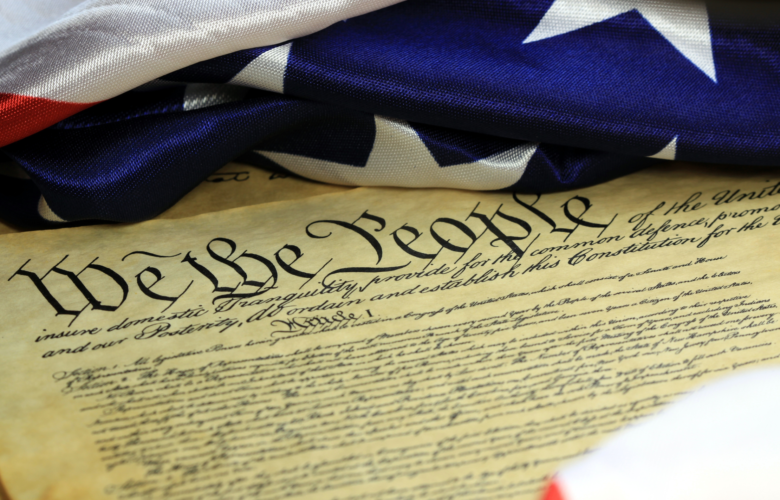 When a great crisis visits the nation, the niceties of constitutionally protected rights must take a holiday. Only later, once the crisis has resolved, can we go about deciding which rights should be fully restored, and which rights should be modified to meet the new circumstances of a post-crisis world. Rights, after all, must give way to society’s greater need for survival, prosperity, and equity.

You often hear this during times of crisis. Sadly, the preceding statements seem more like a blueprint of many politicians for government expansion than dangerous nonsense that must be rejected unequivocally–at all times and especially when we’re in the midst of a crisis.

Whether the crisis be a war, terrorism, an economic downturn, or a pandemic, the lessons are the same: we must firmly protect our constitutional rights from the exigencies of the moment. For if we lose our rights, they may never be regained.

The past 20 years have been especially trying. First came the post-9/11 wiretaps and secret surveillance. But as those threats waned, the last couple of years have again tested our resolve to protect our rights.

We have seen the entire population quarantined in our homes. Jobs and businesses suffered, and some will never return. We have seen landlord-tenant relationships upended by eviction moratoria, with billions of dollars in unpaid rent and many landlords facing ruin. We have seen tens of millions of school children suffer while unions and school boards tangle over power, politics, and money. Churches were shuttered, sometimes uniquely. And we have seen a constant drumbeat for more government command and control of what we do, with scant regard for the economic and social costs–and the price we are paying with our freedom.

Our rights are inherent in our very nature and are not things to be reeled in and tossed back on a whim.

The Constitution was built on this premise, which was influenced heavily by the works of 18th-century philosopher John Locke.

Locke wrote that “whenever the legislators endeavor to take away, and destroy the Property of the People … they put themselves into a state of War with the People.”

Channeling Locke, the Declaration of Independence, sometimes called the soul of our Constitution, declared to the nation, to the King, and to all Americans that “all men … are endowed by their Creator with certain unalienable Rights,” and that “whenever any Form of Government becomes destructive of these ends, it is the Right of the People to alter or to abolish it.”

This sentiment stood in direct opposition to another influential 18th-century philosopher, Thomas Hobbes, who argued life would be “solitary, nasty, brutish, and short” unless men were to “lay down this right to all things; and be contented with so much liberty against other men as he would allow other men against himself.” Sound familiar?

Thankfully, the Founders of this nation did not buy Hobbes’ argument, choosing instead to take the Lockean approach.

After we won the War of Independence, all was not well. The colonies were bickering amongst themselves, rights were being disrespected, the economy was in shambles, and we were a weak nation whose very survival was in doubt.

To create a “more perfect Union,” we ratified our Constitution, creating a nation with a structure designed to prevent our government from becoming too powerful. And very shortly after, we adopted our Bill of Rights to make it clear beyond doubt that our rights stood in primacy over everything else.

We at Pacific Legal Foundation understand that our Constitution is a powerful tool for securing our liberties. We won the first judgment against the nationwide eviction moratorium–using constitutional arguments that the Supreme Court ultimately endorsed last month. The president, we argued, has only the power to enforce laws enacted by Congress. He does not have the power to rewrite laws, such as the one creating the Centers for Disease Control and Prevention’s eviction moratorium, giving the executive far more power than envisioned by Congress.

On the state level, we are challenging many other COVID restrictions on our rights–including the destruction of property owner rights. We also helped stop the discriminatory agricultural loan forgiveness programs that are based on skin color, rather than on need.

Our work at preserving the Constitution is not new. Twenty years ago, after the State of Rhode Island attempted to rewrite the law of property ownership in order to take away the property of our client, Anthony Palazzolo, the Supreme Court restated the philosophical heart of the Bill of Rights, expressing that: “The State may not put so potent a Hobbesian stick into the Lockean bundle.”

But perhaps the best reminder of the primacy of our constitutional rights came during the Great Depression, when the Court wrote:

“Emergency does not create power. Emergency does not increase granted power or remove or diminish the restrictions imposed upon power granted or reserved. The Constitution was adopted in a period of grave emergency. Its grants of power to the federal government and its limitations of the power of the States were determined in the light of emergency, and they are not altered by emergency.”

No emergency, not a bad economy, not foreign enemies, and not even COVID and all of its variations, can justify the destruction of our liberties. Because our Constitution was formed in the crucible of an emergency, we should endeavor to make sure that our liberties are strengthened and not weakened by whatever crises come our way.