Blog > Issues > Property Rights > The Founding Fathers of our limited government: George Washington and the importance of property rights 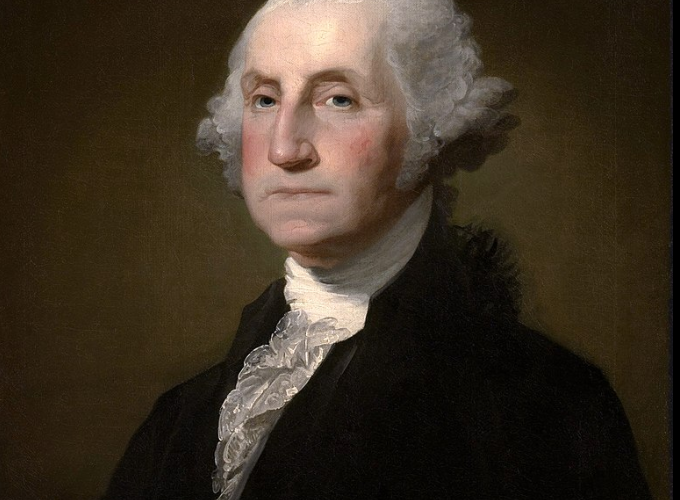 This is the fourth in a five-part series dedicated to exploring the lives, ideas, and contributions of the five individuals most directly responsible for the founding of the United States. Without the courageous actions of James Madison, Benjamin Franklin, John Adams, George Washington, and Thomas Jefferson, America would not be the country that it is today. In Part Four, we discuss George Washington, champion of property rights.

After many years of dedicated service to his country, George Washington was finally ready to return to his first love: His estate at Mount Vernon. In his later years, Washington admitted that if his country hadn’t called, he would have been content to live a quiet life farming his own land (he tried to do just that three times).

Washington served as a delegate at both the First and Second Continental Congresses and as commander in chief of the Continental Army, led the fledgling American nation to victory in the Revolutionary War, oversaw the Constitutional Convention, and was the first (and arguably the best) president of the United States.

And while Washington is primarily known for his political and military activities, he was also a trail-blazer for property rights.

Washington was born on February 22, 1732, in Westmoreland County, Virginia. He was only 11 years old when his father died and left young George with his first small farm. From then on, property and land ownership became an important part of Washington’s life.

Even though he lacked a formal education, Washington had working knowledge of mathematics and trigonometry. So, with an old set of instruments, he began a short-lived, but successful career as a land surveyor. His job was literally to survey and map the Virginia countryside for future land ownership and development. By 1752, Washington was just 20 years old, but owned more than 2,300 acres of his own land.

After the conclusion of the French and Indian War (his first military command), Washington spent 20 years advocating on behalf of Virginia soldiers who had been promised land in the Ohio Valley in exchange for their service. And as the commanding general in the Revolutionary War, he would liberate the entire Eastern seaboard of the North American continent from British domination.

But his love of Mount Vernon would become the stuff of legend.

Washington’s family owned Mount Vernon since 1674. Washington acquired it from his brother’s widow in 1761 and transformed it from a modest holding into a major agricultural producer. It quickly became his place of respite from the turmoil of war and politics.

Washington’s commitment to property rights extended beyond land. He advocated on behalf of intellectual property rights in pre-revolutionary Virginia and ensured that those rights were recognized in the U.S. Constitution. As president, he also secured the successful passage of both the Copyright Act of 1790 and the Patent Act of 1790.

More than perhaps any other founding father, Washington understood the importance of private property and its unique place in American society.

Despite all this, no discussion of Washington and property would be complete without recognizing the despicable stain on his estimable reputation: his ownership of human slaves. Washington, like many of the Founders, realized the abhorrent contradiction between the principles that his generation espoused and keeping human beings in chains. In his later years, he privately expressed his desire to see slavery abolished in the United States, but he undeniably, and unforgivably, personally profited from slavery.

But like the story of America itself, we gain insight and strength through the necessary reconciliation of contradictory ideals.

While private property has remained an important part of the American experiment in individual liberty, private property rights in this country are under attack like never before, mainly from the machinations of the unconstitutional administrative state.

For example, the government regularly attaches unconstitutional conditions to individuals simply trying to use their own land. Until recently, the government forced people defending their property rights to go through an unconstitutional maze of state courts before their cases would be properly heard. Also, government bureaucracies like the EPA violate landowners’ property rights on the flimsiest of justifications. The government even claims the right to enter private homes without a warrant whenever it wants.

Washington wrote that “Freedom and Property Rights are inseparable. You can’t have one without the other.” While there are despicable aspects of Washington’s biography, there can be no doubt that Washington serves as an enduring example of the continuing importance of private property as part of the American experiment in liberty.

The Magna Carta, property rights, and the right of exclusion February 22, 2021 I By DANIEL WOISLAW

The Hill: The SUNSET provision for old regulations will improve agency accountability February 22, 2021 I By CHARLES YATES