Blog > Issues > Separation of Powers > The Founding Fathers of our limited government: James Madison and the fight for the separation of powers 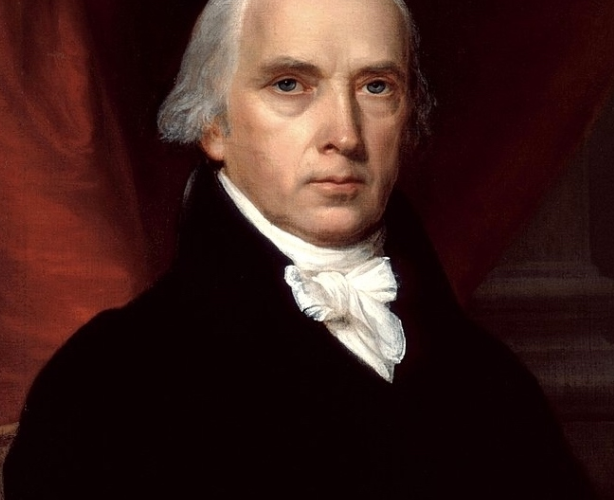 This is the first in a five-part series dedicated to exploring the lives, ideas, and contributions of the five individuals most directly responsible for the Founding of the United States. Without the courageous actions of James Madison, Benjamin Franklin, John Adams, George Washington, and Thomas Jefferson, America would not be the country that it is today. In Part One, we discuss James Madison and his role in the backstory of the Constitution and its groundbreaking separation of powers doctrine.

May 25, 1787. Philadelphia, Pennsylvania: The first day of the Constitutional Convention.

The United States, its own country for barely 10 years, was on the brink of collapse. The states were in chaos. The Articles of Confederation, the governing charter for our national government preceding the Constitution, was wholly inadequate. The Articles of Confederation organized the United States as more of a loose alliance of independent states rather than one united country. The national legislature under the Articles lacked basic government authority, such as the power of taxation and the power to raise an army. We didn’t even have an executive branch or a judicial system.

Meanwhile, many of the states enacted dangerously irresponsible monetary policies to alleviate their post-war debt. In Massachusetts, a Revolutionary War veteran, Daniel Shays, and his followers even threatened open rebellion.

Something had to be done; our country needed a real government. We needed the Constitution.

If there’s one figure that deserves the most credit for creating the Constitution, which guided our country forward and codified important limits on the government’s power, that individual is James Madison: the architect of our separation of powers.

Born into the upper classes of Virginia’s planter society, Madison was a student of classical politics from an early age. At the College of New Jersey (now Princeton), he studied the philosophical ideas known as the Enlightenment. Many of these concepts  would later form the basis for the American Revolution.

But he had his work cut out for him during that Philadelphia summer of 1787. He knew the deficiencies of the Articles of Confederation well and was hopeful that the Convention could fix them. Madison knew the trick to forming any new government is providing it with enough power to be effective (like the power of taxation and self-defense), but power limited enough so it wouldn’t infringe on people’s individual liberties.

But Madison also knew that many of the Convention’s delegates were coming with specific instructions from their state legislatures only to reform the Articles, not do away with them completely. Other delegates were concerned only with the possible benefits to their own states or regions, and not the good of the country as a whole.

Success would require compromise, and compromise required a plan.

Enter Madison’s so-called Virginia Plan. Written in the weeks leading up to the start of the Convention by Madison and other Virginia delegates, the Virginia Plan wound up framing the entire debate that summer. It also served as the template for the resulting Constitution.

The United States finally had a structure sufficient for our federal government. But along with government structure, you need government responsibility. In Madison’s plan we find that structure and the defining feature of the American Republic: The separation of powers.

The U.S. Constitution is the most successful and widely copied national political charter in the history of western civilization. For the first time in history, people founded a system of government based on ideas rather than power, and purposefully delineated a separation of powers to preserve individual liberty.

Under the U.S. Constitution, the power of the federal government is artfully split among three branches that minimally overlap and check each other’s power. Congress, composed of the House of Representatives and Senate, makes the laws; the president makes sure the laws are enforced; the Supreme Court ensures those laws are constitutional.

The system is simultaneously simple in its form and complex in its underlying theory. By dividing government power, Madison and the other Framers hoped no one individual would ever be in a position to violate our individual rights.

After the Convention, Madison continued his advocacy for the new government. He wrote passionately in favor of the new Constitution being ratified by the people of the states, served in the first House of Representatives that proposed the Bill of Rights, and served as our fourth president

But the fight for Madison’s vision of limited government continues to this day.

Beginning in the early 20th century, progressives claimed our system possessed deficiencies, and they tried correcting them. Instead of decisions being made by elected officials bound by the structural limitations of the Constitution, they argued that appointed, expert bureaucrats should write, enforce, and adjudicate our laws. The laws (or rules) they created out of thin air would be directly applicable to the American people, and even worse, we would have no recourse to oppose arbitrary, discriminatory, or unconstitutional laws at the ballot box or in court.

This is the threat of the modern Administrative State. And it’s against this threat that Pacific Legal Foundation and our allies fight in courts and legislatures across the United States.

Madison once wrote that “The accumulation of all powers, legislative, executive, and judiciary, in the same hands, […] may justly be pronounced ‘the very definition of tyranny.’” Luckily for us, the Framers built the Constitution as a bulwark to enforce these vital guarantees.

But it is up to us to enforce and defend them.

The Hill: Courts should interpret unclear laws in favor of freedom, not bureaucratic preference November 02, 2020 I By GLENN ROPER