The Hill: Gov. Abbott sends Texas tubers up the river without a paddle 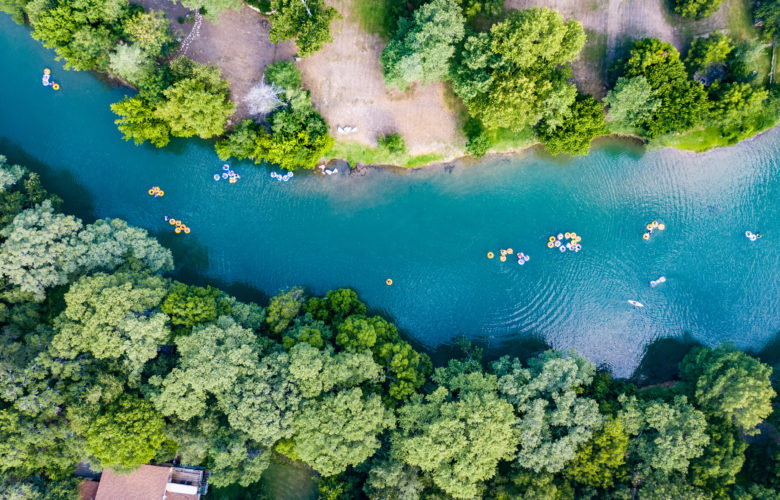 New Braunfels, Texas, bills itself as “the tubing capital of America.” Every year, individuals travel to the city to enjoy its rivers, lakes and first-rate water park — Schlitterbahn. But this year, while Schlitterbahn was allowed to remain open, businesses that rent inner tubes and rafts to people who want to float down New Braunfels’s rivers were forced to close down. As our organization, Pacific Legal Foundation, explained in a letter to Gov. Greg Abbott, that’s unfair and possibly illegal.

Whatever you think of the government-imposed business shutdowns during the pandemic — and we think there are serious legal problems with them — it seems clear that it is more likely for COVID-19 to be transmitted indoors than outdoors. Thus, when Gov. Abbott walked back the state’s reopening in June, there was at least a justification for shutting down stand-alone bars. It’s troubling that a governor would single out for special treatment one industry among the many that allow patrons to gather indoors. But it’s even more senseless that the only other business besides bars he shut down were commercial rafting and tubing rental services.

Outdoor activities, such as tubing, pose a much lower risk of contracting the virus than an indoor activity — perhaps 20 times less risk, some experts say. The governor has allowed Texans to shop at indoor shopping malls or go bowling. Why shut down businesses that rent them tubes so they can enjoy a day floating down the river?

Abbott has provided no scientific justification for singling out tubing outfitters. And there’s no reason tubing rental businesses can’t adopt sensible social distancing measures just as other businesses are doing. Indeed, tubing outfitters have proposed reasonable safety measures, such as limiting the number of tubes they rent on a given day and preventing large groups from congregating, among others. But these proposals apparently have fallen on deaf ears in Austin.

Meanwhile, Schlitterbahn has remained open. People also have been allowed to use their own inner tubes to float down rivers. It’s hard to understand why the governor would allow a large water park to continue operating while closing down small businesses that allow Texans to enjoy the same activity in a different place. Or perhaps it’s not hard to understand. Big businesses often have more pull in the halls of power than smaller ones. That concern is exacerbated when vast power is given to one executive official, as it has been in nearly all states during the pandemic.

While governors in every state have broad emergency powers, those powers are not unlimited, and an emergency cannot last forever. Under the Texas Disaster Act, the governor can respond to a disaster in a variety of ways — for example, by suspending rules or regulations that prevent responding to the disaster, preventing people from entering or leaving a disaster zone, or commandeering property and compensating the property owner. The law does not, however, empower the governor to shut down businesses.

But even if the Texas Disaster Act could be read to give the governor the power to shut down whatever businesses he pleases, the Texas Constitution does not. Separation of powers is a general principle of American constitutional law, and Texas is no outlier. In the Texas constitution, the people vested the power to make law exclusively in the legislature. The governor possesses only the power to execute the law. This principle exists to ensure we are ruled by law, rather than by particular officials, and to prevent any branch of government from acquiring too much power. This means that only the legislature can make laws and cannot delegate that power to the governor. If the governor is to be permitted to shut down businesses during an emergency, the legislature has to make that choice and define the circumstances in which such a potentially destructive power can be used.

Everyone can agree that a pandemic is no easy situation for governors to handle. But we should all recognize as well that there never is a time in America to suspend the rule of law or the normal operations of constitutional government.

Gov. Abbott has declared that Texas is the “last bastion of freedom in this country.” That’s no doubt often true, but the governor’s shutdown of rafting companies leaves that worthy sentiment open to question. Gov. Abbott should live up to his ideals and allow these businesses to open.

This op-ed was originally published by The Hill on September 16, 2020.