Blog > Op-Ed > The Hill: When agencies regulate in secret, none of us is safe 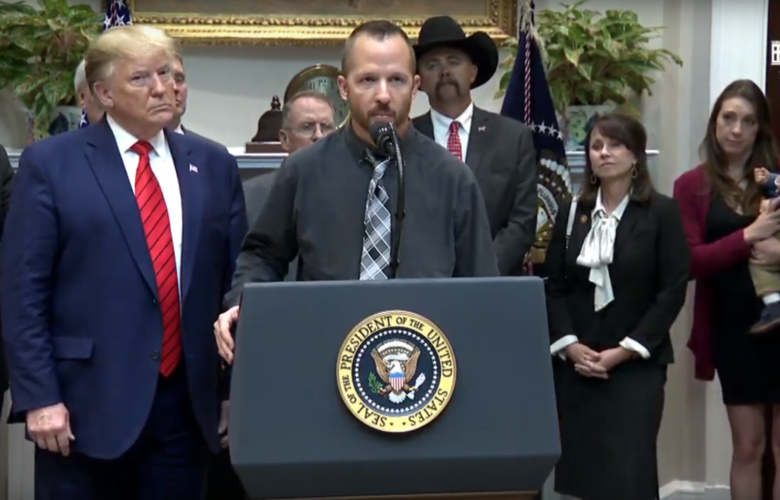 Imagine what it must feel like to have a government agent show up at your door, accuse you of violating some rule you’ve never heard of, and threaten you with massive fines and imprisonment if you don’t do what he says.

The focus of these executive orders is agency “guidance” — informal rules that regulate all of us without going through the normal rulemaking process. Before issuing a regulation, agencies are supposed to propose them publicly, explain their reasons, accept public comments and respond to those comments. Although no substitute for democratic accountability, this process at least ensures that Americans have an opportunity to learn about the rules being imposed on them and weigh in against the worst of them.

Unfortunately, agencies often circumvent this process, issuing rules through informal means such as internal memoranda or letters to selected constituents. This means that most of us cannot possibly know the rules that govern our lives, even though we face ruinous punishments should we unknowingly violate one of them.

As Andy Johnson’s experience shows, this results in unfair surprise. Johnson had no reason to expect that building a pond to provide water to his daughter’s horses would turn his life upside down. He got the required state permit and worked with state engineers to maximize the pond’s environmental benefits. The pond, which he built himself, achieved all of them: It restored wetlands in an area sorely lacking them, created habitat for fish and wildlife, and filtered the water that passed through it by allowing sediment and other pollutants to filter to the bottom.

As Johnson was wrapping up this work, the Environmental Protection Agency (EPA) showed up. It demanded Johnson rip out the pond or face $37,500 per day in fines. The potential fines would accrue at a rate of about $1 million per month, an incomprehensible sum for Johnson ­— and most Americans.

He tried to reason with the agency, asking for some explanation of how he could be threatened in this way and what could be done. But the explanation would not be forthcoming. Nor would evidence that Johnson had done nothing wrong make a difference. An expert’s report documenting the pond’s numerous environmental benefits and exemptions from federal regulation fell on deaf ears.

Every month the agency dragged its feet, the fines grew. Two years later, when the potential fines reached $16 million, Pacific Legal Foundation filed a lawsuit on Johnson’s behalf. This forced the agency to finally put its cards on the table, revealing its evidence and explaining how that evidence showed a violation.

EPA asserted the small stream crossing Johnson’s property was a federal waterway, even though it was hundreds of miles from the nearest navigable river. The agency based this claim on a guidance document that purported to stretch the agency’s authority as far as it thought the Supreme Court might let it get away with.

The EPA also pointed to a guidance document to avoid the inconvenient fact that Congress had explicitly exempted the “construction and maintenance of farm or stock ponds” from federal regulation. This guidance interpreted that limit on the agency’s power as narrowly as possible. (If you haven’t noticed, there’s a theme here. Guidance almost always expands agency power and minimizes anything that might get in the agency’s way.)

EPA’s evidence fared even worse. Although it was supposed to show that Johnson’s pond significantly affects a downstream navigable water, the agency’s record showed that no one had ever checked where the water flowed. In fact, the water flows into an irrigation canal and never reaches any navigable water. If EPA had bothered to check, the whole ordeal could have been avoided.

Going forward, President Trump’s executive order will require agencies to review their guidance, revoke much of it, and publicize the rest so that Americans have a fair chance to know the rules that apply to them. The orders will also require agencies to give property owners an explanation of the agency’s allegations and an opportunity to contest them before threats can issue.

Although these orders are a welcome improvement, much work remains if we’re going to hold agencies truly accountable and restore power to the people we elect to wield it. Under our Constitution, only Congress can write laws, not unelected bureaucrats. It’s about time that we return to the Constitution’s design.

Jonathan Wood is a senior attorney with Pacific Legal Foundation and was Andy Johnson’s lead attorney in his case against the EPA. Follow him on Twitter @Jon_C_Wood.

This op-ed was originally published by The Hill on October 14, 2019.

Our fight with EPA: Andy Johnson’s story in his own words October 09, 2019 I By JONATHAN WOOD