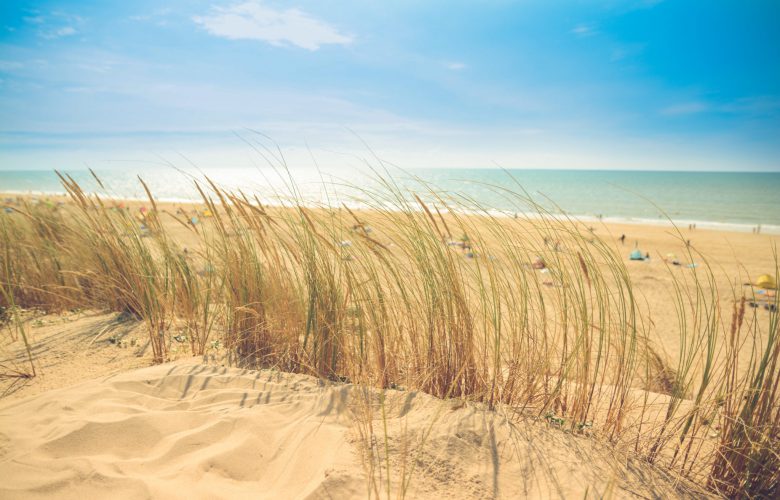 Randy and Kimberley Pavlock built their small family home along the Lake Michigan shoreline in Porter, Indiana, with their own hands. The Pavlocks have owned the property for five generations, and love being “beach people.” Their home and private beach on Lake Michigan are the center of their family life, as they often hold fish fries for their family and neighborhood on the beach. Like many families, the Pavlocks especially enjoy watching their grandchildren fall in love with the shore just as they did.

Nobody questioned the Pavlocks’ ownership of the beach for all those years. But on Feb. 14, 2018, the Indiana Supreme Court declared in a sweeping decision that the Pavlocks and other lakefront owners — lakefront owners like the Pavlocks, who were not even parties to that decision — had never actually owned the beach. The court in Gunderson v. State of Indiana held that the state retained exclusive title to the shoreline of Lake Michigan up to a nebulous point known as the “ordinary high-water mark,” instead of to the water’s edge, as the local, state and federal governments had previously recognized. With the stroke of a pen, the court re-wrote the history of Indiana’s Lake Michigan shoreline and extinguished all private property rights to the beach, even the rights of the Pavlocks, who had not even participated in that case. Nevertheless, the court took their property for the state without paying any compensation to them for it.

The Pavlocks were greatly troubled by the decision. Like many beachfront owners, they consider themselves to be stewards of the beach, frequently picking up trash and debris in order to keep their beachfront tidy. What is more, they agreed with the federal government nearly 40 years ago, when the government created what is now called the Indiana Dunes National Park, to grant the public an easement to walk across their private beach. They have never interfered with these walking rights, but instead object to beachgoers camping on their private property for picnics, bonfires, and games. Since it is not their beach, these people have no incentive to take care of it — unlike the Pavlocks.

The Gunderson decision was not just wrong — it was unconstitutional. The Fifth Amendment to the U.S. Constitution forbids the taking of private property without just compensation. Court decisions take private property when they simply declare that private property is now public. In this case, Gunderson ignored established Indiana law recognizing that private owners can own to the “low water mark” on navigable non-tidal waters, subject to the public’s right to use the water for commerce, fishing and navigation. It also ignored that before 2018, the state, the federal government, local governments and property owners along the shoreline all understood that the beach could be privately held.

Indeed, the Pavlocks and other property owners hold deeds indicating that they own beach below the ordinary high-water mark. They have been paying taxes on it for decades. And the history of land acquisition that created the Indiana Dunes National Park — the park that basically surrounds the Pavlocks’ lakefront home — belies any contention that Indiana has always held exclusive control of the Lake Michigan shoreline. Much of the significant effort to purchase beaches and easements for this national park would have been unnecessary had the state already owned the dry sand below the high water mark.

What happened was simple: the Gunderson court transformed private beach into public beach. This result is both unconstitutional and nonsensical. The state, whether it be the legislature, an administrative agency, or a court, cannot take private property without just compensation. If Indiana wants to make the entire Lake Michigan beachfront public, it can pay private property owners just compensation for the beach. But the state cannot accomplish this by judicial fiat. Property rights for all Hoosiers rest on feeble ground if the Indiana Supreme Court can declare what was private property one day public the next.

Chris Kieser is an attorney and Paige Gilliard is a Constitutional Law Fellow with the Pacific Legal Foundation, which defends the right to use one’s private property free from burdensome regulation.

This op-ed was originally published by The Times of Northwest Indiana on January 7, 2020.

Who owns what on the Indiana shoreline of Lake Michigan? December 09, 2016 I By MARK MILLER