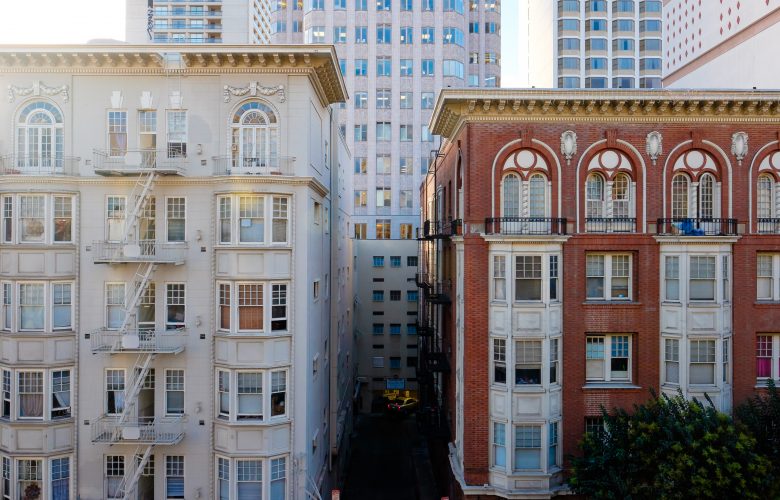 In 1922, the Supreme Court relied on the doctrine of regulatory takings to rule that an excessive coal mining regulation violated the constitutional rights of the coal owner.

This was a big win for property rights and should have had long-lasting implications. But, unfortunately, the idea that a regulatory taking violated the Constitution went into a deep sleep for the next 50 years, with the Supreme Court barely touching the issue.

A regulatory taking is when the government adopts regulations that have the effect of restricting the use and value of an individual’s property, rather than outright seizing the property, as they do with eminent domain. Regulatory takings include things like severe environmental restrictions, outlawing otherwise legal uses, or requiring that the owner allow members of the public on their land, without providing just compensation.

It wasn’t until the 1970s that the Court would begin to look at the doctrine once more, only to rule against the property owners each and every time.

But over the past 50 years there has been a dramatic shift and we have seen breathtaking progress made toward reviving the importance of property rights in the Supreme Court.

A few trends made this possible. First, there has been an unprecedented regulatory onslaught from state, local, and federal regulators against the rights of property owners. This has given judges a reason to react, finally saying enough is enough—especially those judges appointed because of their respect for fundamental rights and constitutional principles.

Second, there has been an extraordinary uptick in the serious scholarship focusing on the Constitution’s protection of property rights. This has given the courts the intellectual ammunition required to rule in favor of owners.

And third, there is now a dedicated cadre of attorneys willing to use the tools the Constitution has given us to fight back and defend property rights. In particular, there has been Pacific Legal Foundation.

Nearly one-half of the property rights victories at the Court in the past 50 years have been in cases brought by PLF attorneys.

Starting with our representation of the Nollan family against the abuses of the California Coastal Commission in 1987 to our double victories just this June against San Francisco and California, PLF’s cases  have helped drive the transformation of property rights from second-class rights to rights on an equal footing with the rest of our liberties.

But these cases didn’t arise one at a time in a vacuum. Each case has built upon our prior victories. Thus, in the Cedar Point victory against California’s demand that farm owners stand idly by while they are repeatedly invaded by trespassing union organizers, the Court cited four of PLF’s 12 property rights victories in its ruling.

Most recently, all the Justices in a joint opinion handed PLF’s client, Peyman Pakdel, a victory allowing him to pursue his claim against San Francisco after the City forced him to give a lifetime lease to a tenant occupying an apartment that he owned.

In its Pakdel ruling, the Court cited four different PLF property rights cases in support—including a citation to the prior week’s victory in Cedar Point.

Look at every modern property rights case, and you will find citations to PLF victories in the Court.

In our first Supreme Court victory, in Nollan, the Court called the Coastal Commission’s demand for land in exchange for a permit to build a home an “out-and-out plan of extortion.” Between law review articles and court decisions, the Nollan victory has been cited almost 10,000 times.

In 2001, PLF attorneys represented Anthony Palazzolo when Rhode Island (then represented by now-Senator Sheldon Whitehouse) did not allow Palazzolo to use his wetland property and would not even allow him into court to pursue a takings claim against the State.

The Supreme Court disagreed. Among other things, the Court rejected the notion that landowners must apply for permits that will most certainly be rejected. That victory has been cited over 5,700 times.

Our 2019 victory on behalf of Rose Mary Knick against Scott Township’s attempt to take a cemetery easement across her property has already been cited over 1,300 times.

Look at any of PLF’s property rights victories and you will find that these decisions didn’t just happen and then disappear; instead, they have been used as building blocks in thousands of subsequent property rights cases filed by attorneys across America. Even last month’s Cedar Point and Pakdel decisions are already being cited to courts and will no doubt be key ingredients in future victories.

When Pakdel purchased an apartment as a tenant-in-common, he did so with the contractual requirement that he participate in eventually converting it to a condominium. His long-term plan was to move back to San Francisco and into the unit when he finally decided to retire.

In the meantime, he rented the unit to a younger and wealthier tenant. But after Pakdel bought his future home and rented it out, San Francisco imposed a new requirement: in exchange for permission to create a condominium building, the owner of any rented apartment that is turned into a condominium must give a lifetime lease to the tenant. The building owners ultimately made the decision to convert into condominium ownership. With this arrangement: Pakdel can likely never move back into his own condominium.

Pakdel sued in federal court, arguing that his property right to live in his own unit had been taken away. In support of his claim, he relied on Nollan and another PLF case: Koontz v. St. Johns Water Management District.

In Koontz, the Supreme Court held that a Florida water district couldn’t demand money in exchange for a permit. When Pakdel lost at the trial court, we joined forces with his private attorneys to represent him on appeal. Unfortunately, he lost again at the Ninth Circuit, with that court ruling that Pakdel couldn’t pursue his claims because he hadn’t pursued a futile administrative process. But our previous victories in the Palazzolo and Knick cases had already set the precedent that landowners don’t have to rely on meaningless state procedures before they can bring a takings claim in federal court.

The Court began by citing to another PLF victory, Suitum v. Tahoe Regional Planning Agency, where the Court ruled, in 1997, that once an agency decision is final, it can be challenged as a taking. Next, the Court cited Knick to reiterate that the “exhaustion of state remedies is not prerequisite” to bringing a federal takings claim. On top of that, the Court used Palazzolo to buttress its holding that Pakdel didn’t have to pursue a worthless process before the San Francisco housing agency. Finally, the Court helpfully dropped a footnote citing Cedar Point to suggest that the Ninth Circuit could consider whether an unwanted tenant is just like unwanted union organizers—and effect a physical taking of Pakdel’s property.

While these victories are satisfying, there is still much work to be done. Pakdel still has to win when the case is sent back down to the lower court.

For every victory landowners win, government agencies strategize to ignore, mutilate, fold, and spindle those victories.

After we won Nollan, agencies began to say that Nollan didn’t say government couldn’t demand land in exchange for a permit, but only that government couldn’t take too much land. (And no amount of land was ever “too much.”) A few years later, the Supreme Court put a stop to that nonsense in a case called Dolan v. City of Tigard. Next, government agencies then began evading Nollan and Dolan by demanding money instead of land.

We helped put an end to that ruse in Koontz. But today, bureaucrats are arguing that Nollan, Dolan, and Koontz don’t apply if a permit extortion is pursuant to an ordinance, as opposed to an administrative decision. That sort of nonsense is why we got involved in Pakdel in the first place!

We’ll argue when the case goes back to the Ninth Circuit that Nollan, Dolan, and Koontz really do mean what they said.

Case upon case, victory upon victory, the past half-century of progress in defense of property rights has been the result of long-term strategic thinking. Each case we win represents another building block in reviving the understanding that the Constitution really does protect rights in private property. There are many more blocks to go, but we are slowly building a very solid foundation.

The Supreme Court delivers a victory for property rights in Cedar Point Nursery v. Hassid June 23, 2021 I By PLF