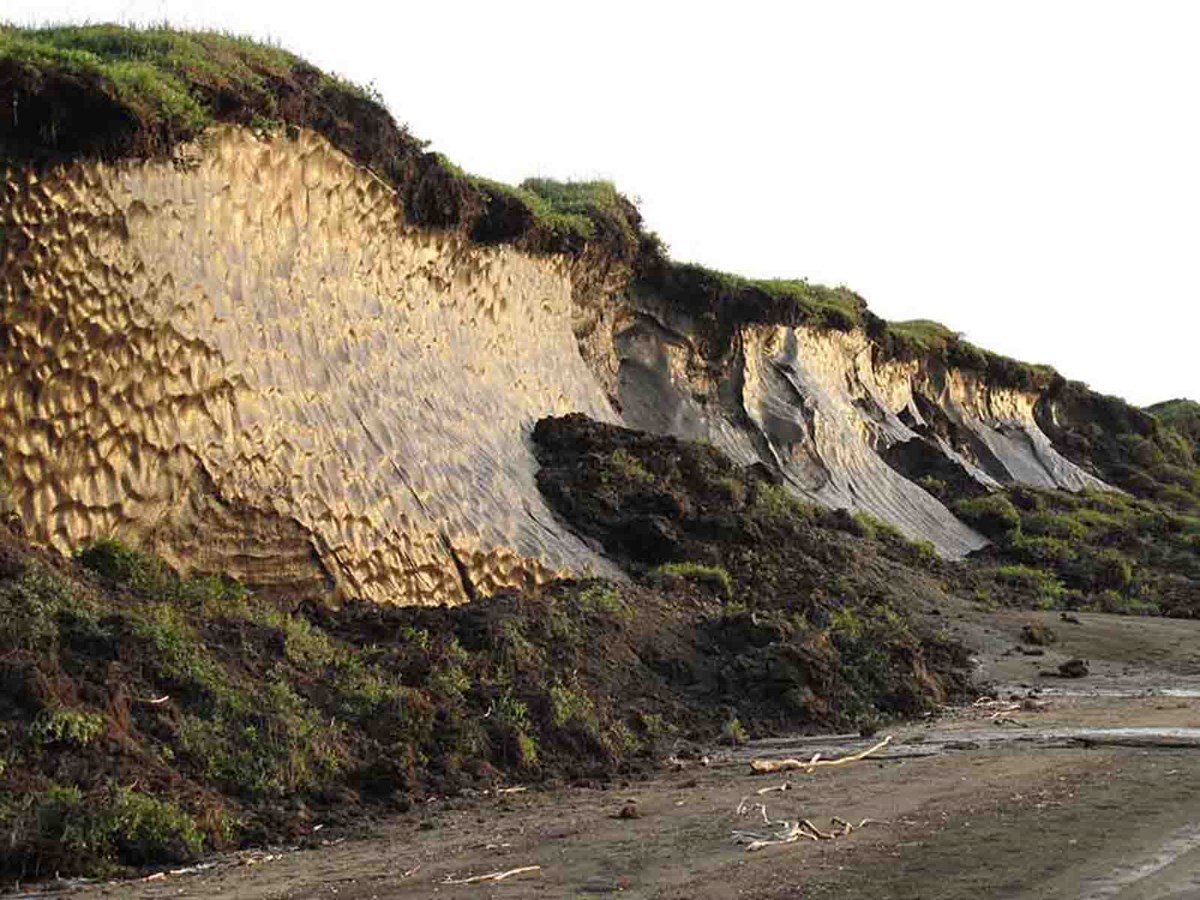 Is this navigable? An exposed permafrost layer — considered to be a “water of the United States” by the Corps of Engineers. Permafrost underlies roughly 85% of Alaska’s 663,300 square miles.

This week, PLF filed a petition asking the United States Supreme Court to review Tin Cup, LLC v. U.S. Army Corps of Engineers, a case that asks whether the federal government can control land uses on buried frozen permafrost just because the government claims such permafrost is a “navigable water.” In 1992, Congress directed the Army Corps of Engineers to use a specific, 1987 manual to determine what is or is not a regulable wetland under the Clean Water Act. Under the manual, permafrost would not qualify. The Ninth Circuit, however, held that Congress’ mandate to use the manual no longer applies, merely because the statutory language appeared in an appropriations act. As the Petition explains, the consequences of the Ninth Circuit’s opinion extend far beyond wetlands regulation, and affect many other instances where Congress has directed agency action in an appropriations law.

This week, the Washington Supreme Court agreed to review PLF’s appeal in Elster v. City of Seattle, our First Amendment challenge to Seattle’s newfangled campaign finance program. Every election year, Seattle dishes out four $25 vouchers to each Seattle resident, who then can use the vouchers as political contributions to a local candidate for elected office. The vouchers are funded by a property levy, which means that Seattle property owners are being forced to pay for other people’s campaign contributions. The trial court upheld this First Amendment affront because it’s “reasonable” for Seattle to encourage more small donors. The Washington Supreme Court’s decision to review that decision demonstrates that the Court understands the significant First Amendment question at stake. We look forward to helping the Court answer that question.

Happiness is a strong First Amendment

On Monday we filed our opening brief on the merits in Chef Geoff’s-Tysons Corner v. Hill, our lawsuit challenging Virginia’s ban on advertising happy hour price and puns.  As detailed on the blog, there’s simply no evidence that happy hour advertising will cause Virginians to engage in a happy hour binge fest.  But the problem with the government’s argument is more fundamental: the state may not censor truthful information about lawful business practices just to get people to behave “well.”  If it wants to ban happy hour or tax alcoholic beverages to effectuate its paternalistic goals, it can.  But will have to bear the political consequences of doing so.  It can’t get at the goal subtly by censorship the truthful, protected speech of others.

Punishing landowners who subdivide their property

The California Court of Appeals issued a disappointing property rights decision in our case against Marin County, Calif., representing Dart and Esther Cherk. We argued that a County ordinance that forces landowners to contribute massive fees to its “affordable housing fund” as a condition of splitting vacant lots or building new homes is unconstitutional. The Court ruled, however, that local governments do not violate any constitutional property right by demanding the fees or even requiring that newly created lots be dedicated in perpetuity to affordable housing. A rapidly increasing number of cities in California—now more than 150—have now adopted similar “affordable housing” ordinances. The trend seems to be catching on in other states recently, too. Naturally, punishing landowners who create more buildable land by subdividing their only exacerbates an undersupply of housing and resulting skyrocketing prices: in Marin, for instance, the median rent is $4,200 a month and the median, relatively small home costs more than $1,100,000, making it impossible for anyone but the most affluent Californians to live in the region. The next step is a request that the California Supreme Court reconsider the precedent relied on by the appeals court.

This week, PLF filed this amicus brief before the Supreme Court in Manhattan Community Access Corporation v. Halleck on behalf of the timeless principle that private property remains private even in the face of extensive government oversight or regulation. The Second Circuit held that a public access television network was a public forum and that the company that ran it was a state actor subject to all of the rigors of the First Amendment. Its overly broad ruling would jeopardize property owners across the country and especially put social media networks and other new technologies at risk of increased bureaucratic interference. The Supreme Court has taken up the case and hopefully will overturn the Second Circuit and emphasize that private companies are ordinarily not treated as arms of the government even when they use their property to facilitate the speech of others.

We filed this amicus brief weighing in on Tennessee Wine & Spirits Retailers Association v. Blair, a case being argued by our friends at the Institute for Justice. Tennessee refuses to issue a permit for the retail sale of alcohol to anyone who has not resided in the state for at least two years. But the Constitution prevents states from discriminating against non-residents or new residents. Tennessee argues that the Twenty-First Amendment gives states special power to regulate booze. That’s true to a point, but it does not enable them to violate basic Constitutional tenets of inter-state parity. The proliferation of this sort of state-level protectionism under the Articles of Confederation was the major impetus for calling the Constitutional Convention in 1787. Our brief lays out this history and analyzes the various interlocking Constitutional provisions designed to ensure that Americans are treated like Americans, no matter what state they’re in. For more, read our blog post here.

Water rights are property rights protected by the Constitution

This week, PLF filed a friend of the court brief in Stanford Vina Ranch Irrigation Company v. State of California, urging the California Third District Court of Appeal to respect water rights as property rights.  Stanford Vina has lawfully diverted water from Deer Creek to irrigate surrounding farms and ranches since 1862.  During the droughts of 2014 and 2015, California’s Water Board ordered Stanford Vina to stop using Deer Creek water in order to protect local fish populations—trampling Stanford Vina’s property rights without due process or just compensation. In its brief, PLF reminds the court that vested water rights are property rights that cannot be taken without due process and just compensation for their loss.