An initial victory for minority kids in Connecticut elementary schools
On Thursday, a group of black and Hispanic families represented by PLF won an initial victory in their challenge to Connecticut’s race-based quota for magnet schools in the city of Hartford. The policy requires 25% of a magnet school seats to be reserved for white and Asian students. The mandate is so inflexible that it requires the school to leave seats empty if enrolling additional black or Hispanic children would upset the 25% quota—resulting in thousands of kids being denied admission to these world-class schools simply because they have the wrong skin color. The government and intervenors have tried to have the case dismissed or moved to state court, but today a federal judge ruled that it will go forward to discovery and ultimate adjudication on the merits.

Property owners on appeal against California Coastal Commission
On Wednesday, PLF’s opening appellate brief was filed in Mark and Bella Greene v. California Coastal Commission, a case challenge the Commission’s authority to block the proposed remodel of an aging coastal home. The Greenes intended to remodel their Los Angeles home in advance of their retirement with a small addition and earthquake safety reinforcement. Their plans were upended when the Commission demanded them to redesign the home to set it back further from their property line than local ordinances or state law require. Despite being more than 600 feet from the ocean and a block away from public roads or access points, the Commission speculated that the home might someday interfere with public access and use of the beach without the redesign. The redesign would make it impossible to add a stairway with a motorized chairlift required by Mrs. Greene. The trial court upheld the Commission’s demand despite acknowledging that Commission staff misrepresented key facts about the property and local ordinances to the Commissioners before they voted on the permit.

Contractors sue to end cronyism in Minneapolis schools
On Tuesday, PLF filed a civil rights lawsuit opposing a Minneapolis Public School District policy that only gives construction projects to contractors who agree to hire workers through union hiring halls. PLF represents non-union contractors to defend their right to earn a living free from this cronyism. The scheme also violates contractors’ First Amendment rights to free association: just as it is unconstitutional for a government to do business only with Republicans or only with Democrats, it is also unconstitutional to do business only with de facto union contractors. 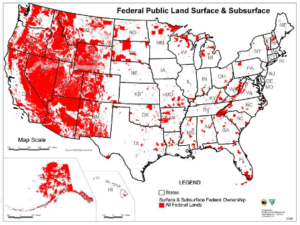