Blog > Issues > Property Rights > What is a labor union and why should you care? 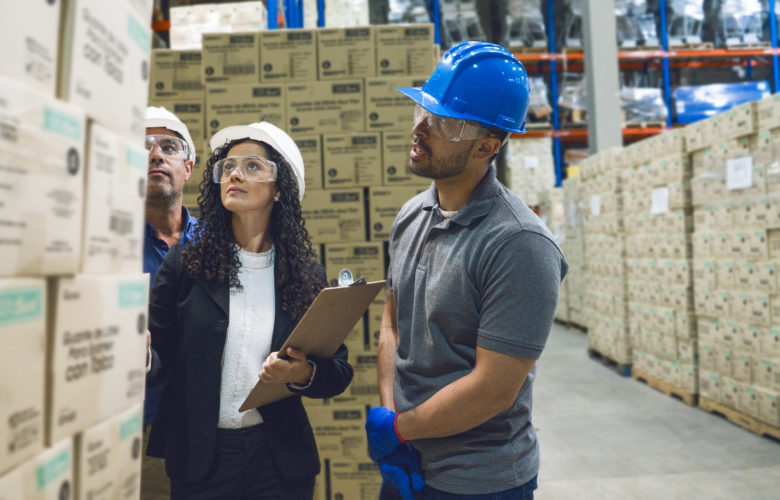 With great power comes great responsibility. Yes, this advice applies to teenage superheroes. But it also applies to labor unions, some of the most powerful and influential private organizations in America.

When labor unions use their power for good, they help workers join together to negotiate safe working conditions, good salaries, and benefits that everyone can agree on.

When labor unions abuse their power, most often by teaming up with politicians to line union leaders’ pockets in exchange for special favors, and at the expense of workers, they are a dangerous threat to individual rights.

What is a labor union?

A labor union is simply a group of workers, usually in the same trade or profession, who come together to negotiate their terms of employment (like wages, benefits, or working conditions). By negotiating as a group, instead of as a single person, unions have more leverage in the negotiations and can often win more favorable terms. This group negotiating is called collective bargaining.

Unions exist in both the public and private sectors. Unlike most private organizations—like the Boy Scouts, Lions Club, or sororities—labor unions enjoy special powers and protections from the federal government.

The National Labor Relations Act of 1935 (also known as the Wagner Act) guarantees unions the right to collective bargaining, the right to strike, and makes it illegal for any employer to deny union rights to an employee.

How do labor unions form?

A labor union can form in two ways—by a secret ballot election, or by “card check.”

Employees who are interested in forming a union are typically asked to sign a card or petition indicating their interest. If enough employees at a workplace sign cards, the question is put to a secret ballot vote.

However, an employer can also agree to allow a union to form without an election if a majority of employees sign cards indicating their interest—called “card check.”

What is exclusive representation?

In the public sector, where collective bargaining with the government is a political activity, workers are challenging a union’s right to speak for them as a violation of their First Amendment rights—a question which must be resolved by the Supreme Court.

What is a right to work law?

Employees can’t be forced to join a union in order to get or keep their jobs. However, depending on what state a worker lives in and whether she’s a public or private sector employee, a non-union member employee can still be forced to pay fees to a union.

When state legislatures pass “right to work” laws, employees gain the right to choose whether or not to pay dues to a union.

Currently there are 27 states with right to work laws. In those states, private sector employees who choose not to join a union can’t be forced to pay union dues or fees in order to keep their jobs. Because of a recent Supreme Court decision, public sector employees in all states also have the choice of whether to join and pay dues to a union.

In non-right to work states, private sector employees who choose not to join a labor union may still be required to pay dues or fees to the union.

Employees choose not to join labor unions for a variety of reasons. Sometimes employees may have different views than those of the union, for instance, like a teacher who opposes the teacher’s union’s opposition to charter schools. Other times, an employee might disagree with the political positions the union supports, like a Catholic employee who does not want his dues money funding the union’s support of a pro-choice political candidate.

Collective bargaining also places the greater good ahead of the needs of individuals. For example, unions often agree to allow layoffs on a “last in-first out” basis, which punishes newer employees regardless of how good they are at their job. Similarly, compensation is often based on length of time at the company and not how good an employee is at her job, rewarding tenure over merit.

Understandably, some employees recognize that they would be better off negotiating directly with their employer for working conditions that suit their individual needs, rather than allowing a third party to negotiate for them. This freedom to contract—which exists everywhere from buying a car to joining a gym—should also exist in something as important as an employment relationship.

How have unions been politicized?

For well over a century, unions have aligned with politicians to give themselves special favors in the law. Almost every time this has happened, it has resulted in unions violating the rights of workers or employers.

Thanks to this close relationship between labor unions and government, labor unions enjoy a number of special privileges that no other private organization has, like exemption from prosecution from union violence, exemption from anti-monopoly laws, the power to force employees to accept unwanted union representation, the power to collect forced union dues, and in one state, the ability to trespass on an employer’s private property.

In its latest Supreme Court case, to be decided this spring, PLF will argue that one of these special privileges—California’s rule that allows trespassing on an employer’s private property—is unconstitutional because owners have a fundamental right to exclude unwanted third parties from their property.

National Review: A SCOTUS case that could shape property rights for years to come March 22, 2021 I By CHRIS KIESER

Daily Journal: High court should take opportunity to restore the right to exclude March 15, 2021 I By DAMIEN SCHIFF