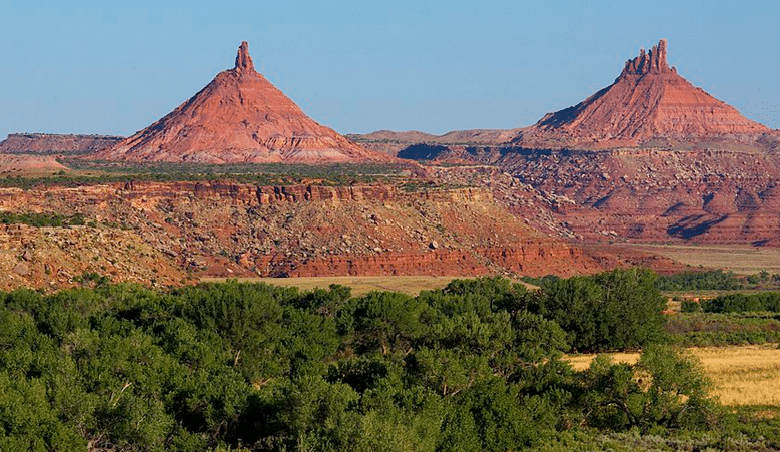 Summer’s arrival is a godsend for the many victims of winter doldrums. And for calendar enthusiasts, June is officially “Great Outdoors Month.” There’s no better time to get outside and enjoy our natural world.

But what is government’s role in protecting those beautiful tracts of nature that so many of us will be enjoying this summer? The underlying issue of PLF’s lawsuit over Bears Ears National Monument serves as a perfect example of how not to protect our country’s natural treasures.

While the Antiquities Act authorizes presidents to declare historic landmarks or structures as national monuments, that authorization has limits. The Act states that a national monument must be “confined to the smallest area compatible with the proper care and management of the objects to be protected.” This ensures that protected land is manageable and does not infringe on the rights of people nearby.

President Obama ignored this important aspect of the law and unilaterally created a 1.35-million-acre national monument. The land contained in Bears Ears, while beautiful, is far more land than what is needed to manage and protect the historically important items there.

The land contained in Bears Ears was already federally owned with many existing protections. But when President Obama designated it a national monument, it became effectively off limits to many outdoor enthusiasts, conservationists, and ranchers who had enjoyed the land for years.

One of those people is PLF client Brandon Sulser. Brandon is an avid outdoorsman who has been diagnosed as a quadriplegic and who relies on motorized vehicles to enjoy Utah’s natural beauty. The designation of Bears Ears as a national monument means that Brandon—and other outdoor enthusiasts like him—are banned from accessing the land because of their condition.

PLF’s clients want to protect these lands: their businesses and hobbies depend on conserving the outdoors. And example after example shows that local and cooperative management often leads to better outcomes for the environment. But President Obama unnecessarily—and illegally—made it harder for them to productively and responsibly use the land.

President Trump was right in reeling in this overstep. Not only was it unconstitutional, but it is an irresponsible way to protect and preserve our natural lands. Protecting the environment for future generations is unquestionably important, but it calls for careful policy-making by Congress. And for good reason: Congressional action leads to more cooperation and compromise, rather than one-sided decisions that can simply be reversed by the next administration.

Presidents have an important role in our policy-making process. But responsible and long-lasting policies require cooperation and a respect for the law.

Great Outdoors Month is for enjoying the magnificent natural wonders our country has to offer. But we must always remain vigilant that government is not violating our rights—or the law—in an effort to protect those wonders.

The Federalist: Courts need to stop presidents from calling oceans ‘national monuments’ to illegally put them off-limits December 17, 2020 I By ELIZABETH SLATTERY

Congress, not presidential proclamation, should establish national parks October 21, 2019 I By JEFF MCCOY