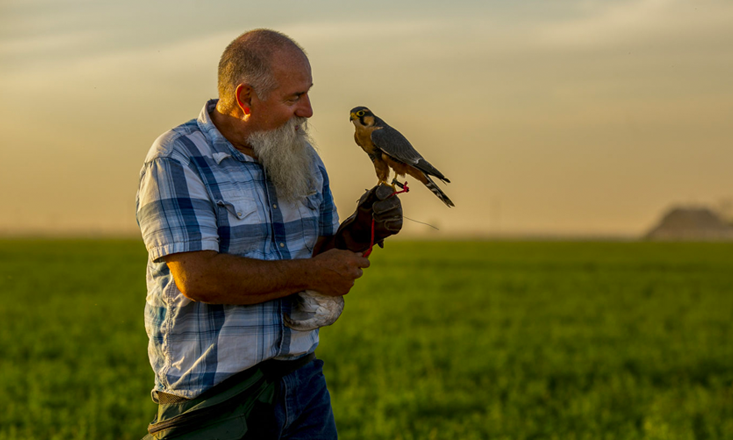 In an important first win for the future of falconer freedom, last Friday U.S. District Judge Lawrence O’Neill ruled that the lawsuit against the U.S. Fish and Wildlife Service and California Department of Fish and Wildlife can proceed in court.

Refuting the defendants’ attempts to dismiss the case in its entirety, Judge O’Neill found that licensed falconers have a First Amendment right to express themselves with their raptors that is subject to the strictest constitutional scrutiny.

Judge O’Neill declined to rule on the plaintiffs’ Fourth Amendment claims because they have not recently suffered warrantless searches. The court did not address the actual issue at the heart of their allegations: that the required waiver of their Fourth Amendment rights through their licenses is itself a constitutionally recognized injury.

Fortunately, this issue now becomes directly appealable to the U.S. Court of Appeals for the Ninth Circuit, with the potential to protect all falconers’ Fourth Amendment rights in the entire western United States.

Finally, the Court found that the plaintiffs’ claim that the federal defendant exceeded the scope of its authority to enact the speech restrictions can also proceed.

Judge O’Neill delayed ruling on the plaintiffs’ motion for a preliminary injunction, a court order to stop enforcement of the regulations while the case is pending, because both defendants failed to provide the court with sufficient justification for violating licensed falconers First Amendment rights.

The court wrote that “the Federal and State Defendants’ briefing does not explain how the regulations are not more extensive than necessary to serve an important state interest.”

The FCC’s ham radio license requirements are unconstitutional. It’s time to fight back.  October 05, 2020 I By TIMOTHY SNOWBALL