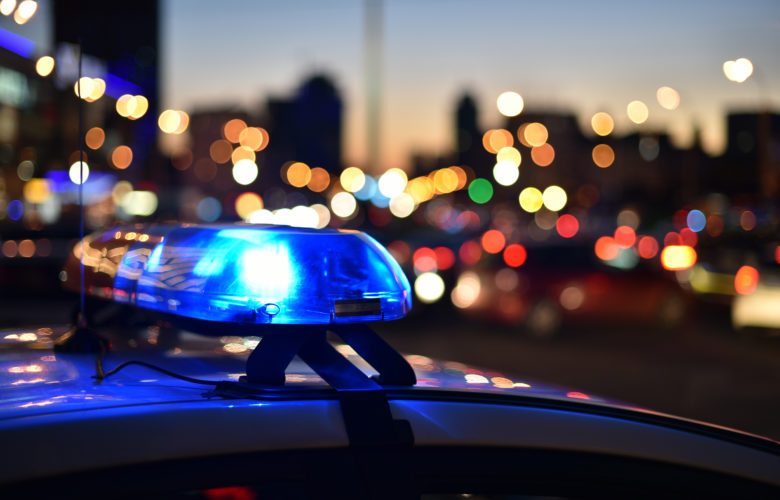 Before the last few weeks, many Americans had probably never heard of “qualified immunity.” But as a result of the nationwide protests against abusive policing, this esoteric legal doctrine is now widely understood as a significant impediment to the sound enforcement of constitutional law. The call to “End Qualified Immunity!” has made its way from policy papers to the cardboard signs carried at police reform protests to the pages of our national newspapers.

On June 15, the Supreme Court passed up the opportunity to review several pending cases that called the doctrine into question. The issue is still in the halls of Congress, though, in the form of a bill to “end Qualified Immunity” introduced by Representative Justin Amash, a Michigan libertarian. Some Republicans have been skeptical, but they shouldn’t be.

Anybody who cares about the law, order, and justice should take note: ending qualified immunity will improve government accountability, encourage better official conduct, and give victims of government abuse their day in court.

Qualified immunity protects all government officials, not just police officers, from financial liability when they violate constitutional rights. Unless the complained-of conduct is “clearly established” as unconstitutional, they’re off the hook.

The problem is that courts have defined “clearly established” in such an unusual way that it is nearly impossible to hold law enforcement officers accountable for even the most serious and deliberate violation of constitutional rights. Courts will not impose liability unless virtually identical conduct has been the subject of a past lawsuit and was declared unconstitutional. And since immunity from suit prevents constitutional violations from becoming “clearly established” in the first place, qualified immunity creates a cycle that frustrates the enforcement of constitutional rights.

To see how this works in practice, consider Baxter v. Bracey, which the Supreme Court declined to review this month. In that case, police sicced their dog on Alexander Baxter, who was sitting on the ground, hands raised in surrender. We know from an earlier precedent that it is unconstitutional for police officers to release a dog on an unarmed suspect who is laying down on the ground, hands at his side. Should it matter to the law whether the suspect was laying down, hands at side, or sitting down, hands raised?

Under qualified immunity, that meaningless distinction is the difference between accountability and impunity. The Sixth Circuit ruled that the officers in Baxter are immune from suit, leaving Baxter without redress for his injuries. Because the court declined to address the merits of his claim, the same impediment will exist for anybody who suffers a similar injury in the future. Whether the conduct at issue in Baxter violates the constitution is still “unclear” in the Sixth Circuit.

Why Qualified Immunity Should End

But as calls to end qualified immunity swell, some argue that shielding law enforcement officers from financial liability is good policy. After all, most Americans want the police to be able to perform their duties without fear of the personal financial burden that might result from civil rights enforcement lawsuits. Police officers have a difficult job. They are often required to make challenging, split-second decisions in tense and potentially life-threatening scenarios. Do we want them to hesitate in the line of duty, concerned about the possibility of getting shaken down for damages as a result of an understandable mistake? Is it fair to hold individual officers accountable for the mistakes they make in the service of the public?

If you are thinking along these lines, let me explain why I believe an end to qualified immunity is consistent with both justice and sound policing.

First, before the Supreme Court developed the doctrine in the 1960s, government officials bore the risk of liability for constitutional violations. It was the norm for American law enforcement agencies to operate successfully without immunity from civil rights lawsuits. Now the risk is borne by the individuals whose rights have been infringed. And as Justice Clarence Thomas pointed out in his dissent to the denial of review in Baxter, this reallocation of risk has “no basis” in statute or common law. Instead, it was the result of the Court’s “balancing of competing values.” But Congress has made it clear that government officials should be liable for violations of federal rights, and it is not the Court’s role to second-guess legislative values.

Second, your sympathies may be misplaced. You sincerely desire to protect well-meaning police officers who have made an understandable mistake. But qualified immunity has nothing to do with the good intentions of officers. Although it began as a form of “good faith” defense, the modern qualified immunity doctrine doesn’t care a lick about good faith. The question of whether given conduct is a “clearly established” violation of law is an objective question―it doesn’t ask anything about the officer’s actual mindset. Even an officer who acts with willful, malicious intent can shelter under the qualified immunity doctrine. Qualified Immunity is a hammer, not a scalpel, and it can block access to justice for even the worst violations conducted by the worst officers.

And again, qualified immunity does not apply only to police officers. It applies to all government officials, even those with plenty of time and resources to make the right decisions respecting constitutional rights.

At the firm I work for, Pacific Legal Foundation, we generally avoid bringing claims for money damages against government officials precisely because we’d be butting our heads against the brick wall of qualified immunity. Of course, individual financial liability isn’t appropriate in every case of government abuse. An injunction and a declaration of law probably suffice to remedy most violations.

But occasionally those routes are blocked by other legal doctrines, like mootness. And sometimes, they are not enough to right the respective wrong; an injunction provides relief for the future, but it does not compensate you for the injuries you have already sustained.

When armed officers of the California Department of Fish and Wildlife unlawfully entered into the home of Peter Stavrianoudakis, insisting they did not need a warrant, they violated his rights of property and privacy. Stavrianoudakis is still fighting for an injunction to halt the invasions. Still, qualified immunity means he’s barred from pursuing any route that would compensate him for the indignities he has already suffered.

The issue comes up frequently, too, in First Amendment lawsuits against public colleges and universities, where the slow pace of litigation ensures that most students will have graduated by the time their complaints are heard in court, rendering requests for injunctive relief moot. The Tenth Circuit recently declined to decide a pressing First Amendment question because qualified immunity made it impossible to proceed with the suit.

A Rebirth of Government Accountability

If you’re still not convinced, here’s the kicker: even without qualified immunity, it is exceedingly rare that individual government officials are actually on the hook for legal costs or damages. A 2014 study of 81 state and local law enforcement agencies reveals that officers rarely contribute to settlements, judgment awards, or even to the cost of defending lawsuits. Instead, in nearly every instance, government officials are indemnified by their employers. Individual cops won’t foot the bill when they violate people’s rights—the taxpayers will.

This would enhance accountability: local governments who fail to weed out bad actors will have to face voters who are paying for their mistakes. But when officers are immune from suit as they are now, even deliberate wrongdoing escapes public scrutiny because the victim bears all the costs.

The Supreme Court has recognized that qualified immunity is inappropriate in suits against municipalities, as opposed to lawsuits against individual officers. They understood that the “injustice . . . of subjecting to liability an officer who is required, by the legal obligations of his position, to exercise discretion” is “simply not implicated when the damages award comes not from the official’s pocket, but from the public treasury.” But the same consideration should apply to suits against officers themselves, who will almost always be indemnified by the government entities they represent.

In case you’re uncomfortable with the taxpayer footing the bill, we can address that too. We could require, for example, that the government officers most likely to get sued carry liability insurance.

But consider the right incentives that would exist if the government employers, and ultimately the taxpayer, were on the hook. If covering the costs of unlawful police conduct gets too bothersome, then the departments who pay for it out of their budget will have an institutional interest in reform. So too will the taxpayers, who can lobby their legislature for better policies (and, one can dream, for fewer opportunities to employ state violence, which is to say, fewer laws).

Our American system relies on access to courts. Resolving disputes through the court system is part of what keeps society ordered and peaceful. It’s what staves off vigilantism. But it only works when access to the justice system is fair, equitable, and open to all. Qualified immunity blocks this outlet for social cohesion by making it impossible for countless individuals with real grievances even to make their case. Eliminating qualified immunity will not result in the personal financial ruin of our nation’s police officers. But it will make government officials more accountable—to their employers, to those who have suffered constitutional harms, and to the people.

This op-ed was originally published by National Review on July 13, 2020.