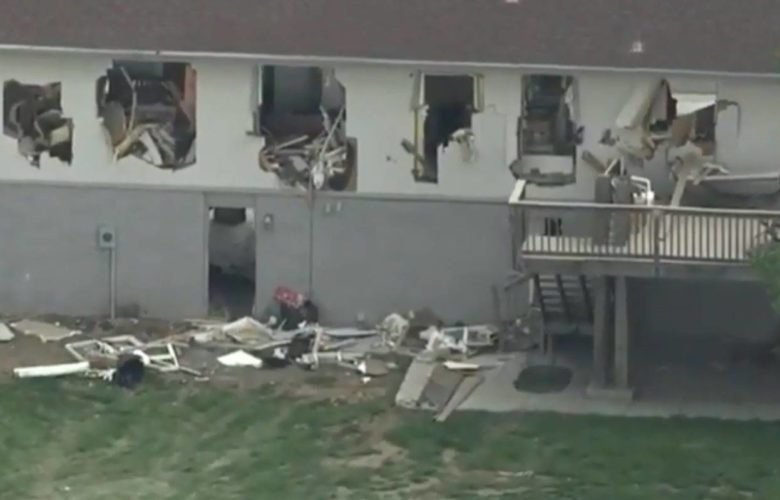 In 2015, an armed shoplifter fleeing the police broke into the Lech family’s home in Greenwood Village, Colorado. The shoplifter, who chose the Lech’s house at random, refused to come out and opened fire on the cops outside. In response, local police used explosives, high-caliber ammunition and a battering ram mounted on a tank-like vehicle to force his apprehension.

The Lech’s home was essentially destroyed by the police response, which raises a critical legal question: Who pays for damage inflicted on private property as a result of a law enforcement action? Is it the responsibility of the police who intentionally caused the damage while playing with military equipment, or the innocent victim whose home is left in shambles?

This week, the U.S. Supreme Court is considering that question in Lech v. City of Greenwood Village, a case brought by the Institute for Justice, in which PLF filed an amicus brief. How the court rules will have significant legal implications, both in terms of clarifying property rights law and restoring a sense of accountability to law enforcement agencies that have grown increasingly aggressive in their tactics.

The damage to the Lechs’ property was estimated at $450,000. Yet the Greenwood Village Police Department offered the family a paltry $5,000 “to help with temporary living expenses.” The family sued, arguing they were entitled to Just Compensation under the Fifth Amendment for the intentional destruction of their house. The Tenth Circuit, however, held no compensation was due because the home was destroyed pursuant to the police power rather than the power of eminent domain. That decision was wrong.

To be sure, the Just Compensation Clause is more commonly understood to apply in the context of eminent domain, or regulatory takings, where the government takes private property for public use. This situation—in which police destroyed the property while performing their duties—is different. But in both circumstances, the property owner is left with private property he can no longer use.

Why didn’t property insurance cover the Lechs’ loss? Because homeowners’ policies typically carry an exclusion for damages caused pursuant to government orders, which caused the destruction to the Lech home. Or perhaps the criminal should be held liable, but of course, he did not decide to drive the tank into the Lech home — the police made the strategic decision to deploy military-style tactics and weapons against a residential home.

The use of such tactics and equipment has increased in recent years, as a result of federal grant programs that have placed powerful military-grade equipment into the hands of local police departments. In one recent three year period alone, the Pentagon sent $727 million of gear to local and state law enforcement authorities, including UH-60 Blackhawk and UH-1 Huey helicopters, M-16 assault rifles, and grenade launchers.

In response, those departments have likewise changed their tactics, as scholars like Radley Balko have explained. That is, once they have the military-grade equipment, they put it to work in ordinary law enforcement activity, even when less aggressive methods may be just as, or more, effective. Law enforcement agencies increasingly rely on so-called “dynamic-entry,” using SWAT teams, battering rams, assault rifles, armored personnel carriers and flash-bang grenades, ostensibly to protect the public.

It appears then, right or wrong, the deployment of military-grade equipment and tactics to enforce local laws is here to stay, as is the property and personal damage they cause. Thus, the Supreme Court needs to educate law enforcement about the Fifth Amendment. Innocent victims of the militarized approach to law enforcement will continue to suffer losses unless this Court confirms that intentional government action that occupies and destroys private property for a public use triggers the Just Compensation Clause.

And keep in mind that the Lechs are, in fact, innocent victims in this case—they did nothing wrong. However, even if they had been suspected of criminal offenses, the same protections for their property and rights would have applied, as even criminal suspects are presumed innocent, according to the Constitution. There’s simply no justification for the level of destruction that law enforcement routinely unleashes against private property owners, which is why the Supreme Court needs to clarify accountability in these cases.

The question here is not whether this government conduct is legitimate; the question is who should pay for the damages. And the Fifth Amendment answers that question: the government should, because the police, like the rest of us, are not above the law.

Daniel Woislaw is an attorney at Pacific Legal Foundation, which litigates nationwide to achieve court victories enforcing the Constitution’s guarantee of individual liberty.

The Detroit News: How a Supreme Court with eight justices works October 06, 2020 I By ELIZABETH SLATTERY