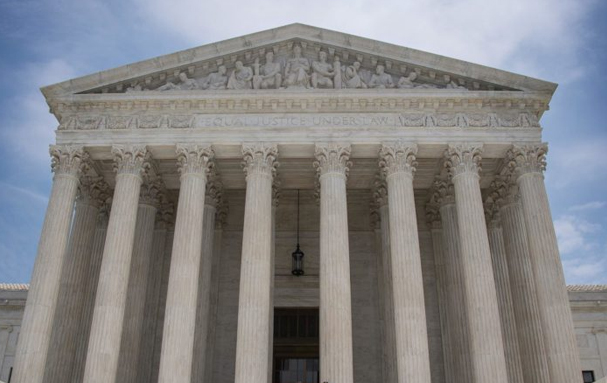 Today, the Supreme Court restored a critical right for property owners: the right to be heard in court.

Today the Court overturned Williamson County and ruled that federal property rights are entitled to the same respect in federal courts as other constitutional rights.

Williamson County has long been a blockade for property owners’ rights in the courts. But today, the Supreme Court finally removed the blockade.

Constitutional property rights are civil rights. And protecting the individual civil rights enshrined in the Constitution rests on the understanding that federal courts will enforce those rights against abuse by local governments and local agents.

The states have their own court systems, of course, but the Constitution created the federal court system for litigating and enforcing federal laws and rights. Prior to the Civil War, there was a sharp difference in the respective courts’ enforcement of individual rights against local governmental abuse: People trying to bring civil rights claims against local governments generally had to go to state courts for relief, while federal courts were generally limited to hearing claims against the federal government.

This changed with the adoption of the Fourteenth Amendment in 1868. That constitutional amendment bound the states (and consequently cities and counties) to the concept that the government may not deprive a person of life, liberty, or property without due process of law.

But one question remained: how and where could people enforce this right?

In 1871, Congress passed the Civil Rights Act (42 u.s.c. Sec. 1983). This law established that if a person claimed their federal rights were violated by state or local government, that person may seek help in federal courts. They could still go to the state court, but they were no longer limited to only state court. Congress decided that federal courts should also be open to civil rights claims against local governments, because state courts may not be completely neutral (or may be perceived to be biased) when they consider charges against a local politician or political body.

Congress understood and intended that anyone could sue a local agent, like a local government, in federal court for violating their constitutional rights. In passing the law, Congress specifically referenced the Constitution’s Takings Clause—the right to be compensated if the government takes your property—as an example of a right that could be enforced against local actors in federal court.

Unfortunately, in Williamson County, the Supreme Court did a sudden and drastic U-turn. In that case, the court held that property owners claiming a local government took their property without compensation cannot enforce their rights in federal court unless and until they file and lose a claim for compensation in state court under state law.

In practice, this ruling went even further by creating a legal catch-22. Litigants are usually prevented from taking their case to federal court if they’ve already lost in state court. So if someone sues for a taking in state court and loses, they cannot come back to federal court, even though the Williamson County decision says they can.

Also, the rules and procedures in state courts are oftentimes much more confusing and burdensome than the simple federal court procedure. On a federal level, a plaintiff must simply claim the government took their property without providing or guaranteeing compensation for the act.

Williamson County essentially rewrote the 1871 Civil Rights Act to create an exception to federal court enforcement of civil rights for property owners. Other citizens with free speech claims, unreasonable seizure, Second Amendment claims, and others can immediately protect their rights in federal courts when they are injured. Only people claiming a taking of their property are relegated to the state courts.

To add insult to injury, Williamson County does not bar local government defendants from going to federal court. Government has the option to leave state court; property owners are out of luck.

Williamson County turned property owners trying to protect their constitutional rights into second-class citizens, leaving them and them alone without the shelter of federal court protection. This scheme conflicts with Congress’ intent in enacting the Civil Rights Act of 1871, a century of tradition, and basic principles of fairness.

The court’s 5-4 decision in Knick stated that “Williamson County was not just wrong. Its reasoning was exceptionally ill founded and conflicted with much of our takings jurisprudence.”

As Chief Justice Roberts explained in his opinion, the “unworkable” state litigation requirement in Williamson County “relegates the Takings Clause ‘to the status of a poor relation’ among the provisions of the Bill of Rights.” The requirement “has been a rule in search of a justification for over 30 years.”

By overturning Williamson County, the Supreme Court held that “a property owner has a claim for a violation of the Takings Clause as soon as a government takes his property for public use without paying for it.”

By once again opening federal courts to takings claims, the court gives hope—and a day in court—to property owners everywhere.