Pacific Legal Foundation is proud to have been asked by Joe Robertson, an elderly Navy veteran from Montana, to represent him in the Supreme Court of the United States, in his bid to overturn his conviction for violation of the Clean Water Act and damage to federal property. PLF will be asking the Supreme Court to review Joe’s case after the Ninth Circuit Court of Appeals affirmed his conviction.

This case is largely about whether “navigable waters” includes small and remote rivulets on which no vessel, by any contortion of language or physics, could navigate. Joe was prosecuted for excavating some small fire protection ponds near his property in a National Forest in Montana without permission from the United States Army. Army permission is required to work in “navigable waters” under the Clean Water Act. But the meadow where Joe built the ponds is many miles from the Jefferson River, the closest water body that is actually navigable, and is traversed by a rivulet that is about a foot wide, a few inches deep, and holds a few garden hoses worth of flow.

Based on that tenuous connection, the EPA and Justice Department prosecuted Joe for filling navigable waters without a permit, the jury convicted him, and the court sentenced him to 18 months in prison and $130,000 in restitution to the government. As a result, Joe has also lost his constitutional rights to vote and bear arms, and is having his social security checks dunned every month. But he is undaunted after serving his prison sentence, and is continuing the fight to clear his name over whether he impacted any “navigable waters.”

PLF brings its extensive Clean Water Act and Supreme Court expertise to bear in Joe’s defense, along with its lesser known but important criminal law experience. PLF recently represented Brandon Rinehart in asking the Supreme Court to review his California conviction under constitutionally suspect mining regulations. And before the Supreme Court heard John Rapanos’ civil appeal in 2005-06, PLF represented Mr. Rapanos in his criminal Clean Water Act appeal to the high court. PLF has also recently filed several important criminal law friend of the court briefs at the Supreme Court, including in Yates v. U.S. (dealing with the rule of lenity), Hughes v. U.S. (addressing the meaning of “navigable waters”), and Gundy v. U.S. (addressing the void for vagueness and non-delegation doctrines).

As with all of our clients, PLF has dedicated a pro bono team of attorneys (five of us from three offices across the nation for Joe’s case) to examine and analyze all of Joe’s available legal defenses, and advance the very best of them at the Supreme Court. 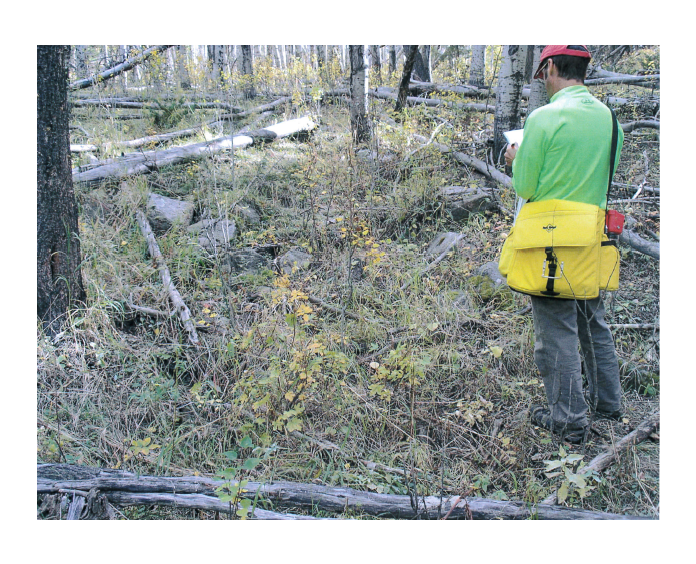 Neither “navigable” nor even “water.” But the Ninth Circuit says the Clean Water Act requires an Army permit before any work could be done in this “navigable water,” just down hill from Joe Robertson’s Montana property.