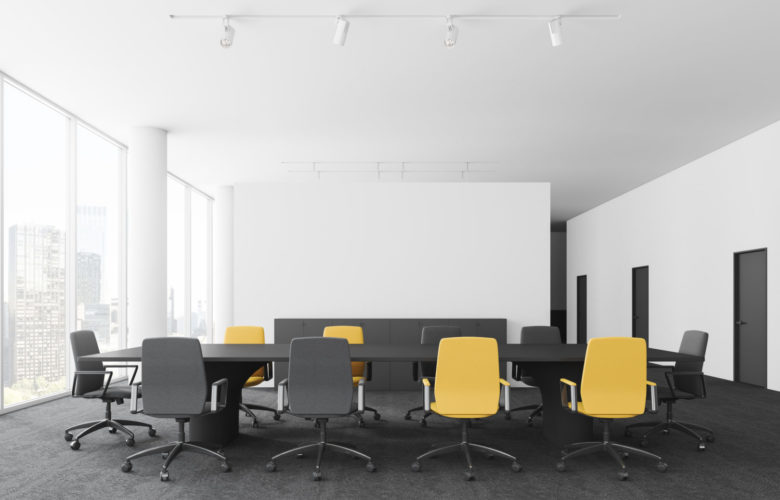 On September 2, PLF Senior Attorney Anastasia Boden joined the She Thinks podcast to discuss why state-mandated gender quotas for corporate boards are a poor solution for a waning problem.

California recently became the first state in the nation to require publicly traded companies to include women on their boards of directors. Now Illinois, New Jersey and Massachusetts appear poised to establish their own “woman quotas.” While undoubtedly well-intentioned, these mandates are likely to be struck down in court. And that’s a good thing.

While quotas may add a handful of women to corporate boards, they come at the expense of the broader goal of equality — which requires not equal numbers, but equal dignity for women.

There’s no doubt that proponents mean well. But as future Supreme Court Justice Ruth Bader Ginsburg observed as a lawyer in the late 1970s, laws that purportedly “help” one gender might inadvertently reinforce antiquated stereotypes about that group. Ginsburg famously challenged an employment-related scheme that gave death benefits to widows but not widowers. During an oral argument before the Supreme Court, she noted that while the law was framed as a means of helping women, it assumed a man would not need help if his wife died because he was the primary breadwinner. The law thus attributed to men “status, dignity and importance” not afforded to women.

Even where there is evidence of discrimination, arbitrary quotas are a clumsy tool for remedying it.

In the same vein, quotas undermine the progress women are making without government mandates. Between 2010 and 2015, the share of women on corporate boards increased by 54% globally. Women now hold about 20% of board positions for the 500 U.S. corporations that make up the Standard & Poor’s index. In Illinois, every public company is already compliant with the proposed mandate. Of the largest 3,000 public companies, 84% have at least one woman on their board, making them already compliant with any of the proposed mandates.

You’d never know that from the legislation, which implies that companies must be forced to hire women, or that women are being discriminated against even when they are not. Worse, the laws will likely undermine many future gains women make by casting doubt on whether a woman is being hired based on her merit or to meet a quota.

Because it can be difficult to distinguish “benign” discrimination from more malignant kinds, the Supreme Court subjects any law that contains a gender classification to rigorous judicial scrutiny. Under the 14th Amendment’s Equal Protection Clause, such laws must be “substantially related” to an “important government interest.” Mandatory female board representation probably fails that test.

Proponents of the “woman quota” argue that increasing the number of female board members will have a trickle-down effect that will result in more women in management positions and more female-friendly policies. But evidence from countries that have imposed quotas show this outcome is unlikely.

Since 2008, Norway has required 40% of board positions on public companies to be filled by women. Research suggests that more than 10 years later, the mandate has not significantly increased the number of women in senior management positions, nor has it reduced the pay gap between men and women. Seven years after the quota was enacted, the country had no female CEOs. Similarly, women occupy only 10% to 20% of senior management jobs in France, Germany and the Netherlands, despite 30% to 40% female board member quotas in those countries.

Some proponents advocate for quotas as a remedy to sex discrimination. But the quotas being proposed across the United States apply to all public corporations across all industries, regardless of a company’s history — or even the industry’s history.

Even where there is evidence of discrimination, arbitrary quotas are a clumsy tool for remedying it and probably don’t satisfy the requirements of the Constitution. The high court has struck down quotas in the context of university admissions, stating that while the government may sometimes pursue greater diversity, it cannot use straight quotas to achieve it.

When endorsing California’s “woman quotas,” former California Gov. Jerry Brown acknowledged these legal hurdles. In a signing statement, he said that while the state’s quota might be struck down, the law is necessary because some people aren’t “getting the message” about female equality. But do states empower women when they mandate female representation on corporate boards? Or do they send the message that women can’t make it to the boardroom without the government’s help?

Research suggests that quotas can have a harmful psychological effect on employees: People who are told they were given a leg up in the hiring process tend to have lower self-esteem than those who believe they were hired based on merit.

It’s often the case that when the government seeks to regulate businesses, it creates a host of unintended consequences. Here, the proposed mandates penalize companies even when there’s no evidence of discrimination, ignore the gains that women are making without quotas and undermine the achievements of future female hires.

Women are making great strides in achieving leadership positions without government mandates. If states want to contribute to the cause, there are less divisive and more constitutional means of ending discrimination. States can, for example, enforce their nondiscrimination laws. Or they can invest in public-awareness campaigns that shed light on discriminatory policies.

But states should not remedy discrimination by mandating more of it — regardless of who it purportedly benefits.

Anastasia Boden is a senior attorney at the nonprofit Pacific Legal Foundation.

This article was originally published in the Los Angeles Times on July 8, 2019.