Blog > Op-Ed > The Orange County Register: Prop. 16 won’t end injustice, but it will jeopardize equality under the law 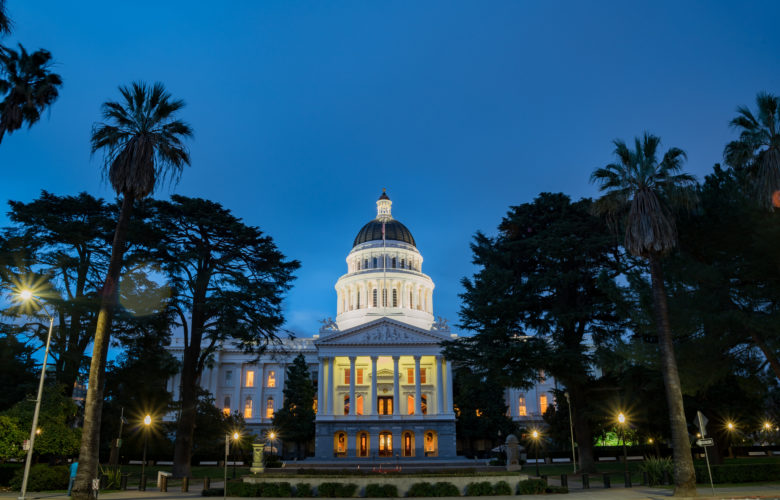 One of the most remarkable aspects of the American story is how, over generations, our nation has fought to end racial discrimination in public life and to ensure that all Americans enjoy constitutional guarantees of equal protection before the law.

This is why it’s alarming that so many activists and government officials are rushing to reinstitute racial preferences in pursuit of a vague commitment to “social justice” and “equity.” Americans who value Constitutional protections should resist these measures, which would upend the principle of equality under the law.

On Election Day, Californians will vote on Proposition 16, which would amend the state constitution to allow state bureaucrats to give preferences in public employment, contracting and education on the basis race, sex, or ethnicity. Gov. Gavin Newsom, a supporter of Proposition 16, believes the amendment is needed to “make California a national leader in the unfinished fight for equity and justice.”

Proposition 16 isn’t California’s only proposal aimed at achieving racial balance, but it’s certainly the most sweeping and ambitious. But such measures are deeply misguided and destined to fail in ensuring equality before the law.

To understand how that works, consider illustrative examples from Hartford, Connecticut, and New York City, where politicians and bureaucrats enforced top-down schemes to achieve “racial balance” in the educational system.

In both cases, the result was minority students being denied full educational opportunities; outraged parents and families; and legal challenges aimed at vindicating the students’ constitutional rights to equal protection under the law.

In Hartford, admissions to the city’s world-class magnet schools had until recently been subject to a 75 percent cap on Black and Hispanic enrollees. Although this requirement was intended to ensure that magnet schools would be racially diverse, the results were horrendous. Some schools were unable to attract enough white and Asian students who were already attending good suburban schools.

Thus, to maintain “diversity,” these schools had to leave seats empty while Black and Hispanic children, trapped in failing neighborhood schools, languished on waitlists. Pacific Legal Foundation, filed a challenge on behalf of aggrieved parents, and Hartford’s discriminatory policies were repealed this year.

We see a similar dynamic unfolding in New York City’s public school system, where government officials in New York City likewise claimed to be distressed by the lack of racial diversity in the city’s top-tier specialized high schools.

But instead of focusing on solutions to help students in impoverished areas of New York improve their academic prospects, or improve the schools in poorer neighborhoods, the mayor decided change the standards so that fewer Asian American students would be admitted to the better high schools. Again, Asian American families, represented by PLF, launched a legal challenge against the city to protect their children’s right to equal treatment in education.

California should heed these lessons, because if Proposition 16 takes effect, it will pave the way for government to discriminate in public education, public contracting, and public employment. This would open the door for discrimination, and allow California to implement the same sorts of misguided programs that we’ve seen in Hartford and New York.
Government shouldn’t limit anyone’s opportunities because of race. Instead, each individual, regardless of racial background, should be free to chart his or her own course.

California should take note before going down this dark road.

This op-ed was originally published by The Orange County Register on October 1, 2020.

The Center Square: Chicago’s racial preferences for city contracts are bad for the city January 05, 2021 I By WENCONG FA